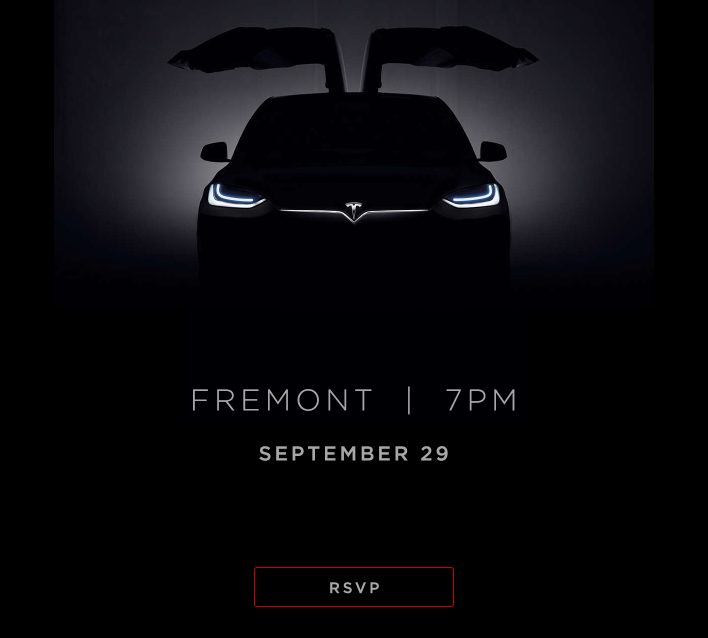 Tesla has officially sent out the first invitations to the upcoming September 29 Model X launch event at the Fremont factory. In typical Tesla fashion, the invitation teases with just a smidgen of information. Most prominent are the falcon wing doors along with a first look at the new headlight design – previously masked off as seen in the Model X spy shots gallery.

Tesla held a similar launch event for the Model S back in 2012 at the Fremont, California factory. And with any Tesla event, we know the world will be watching as they debut this highly-anticipated electric crossover SUV.

What to look for: