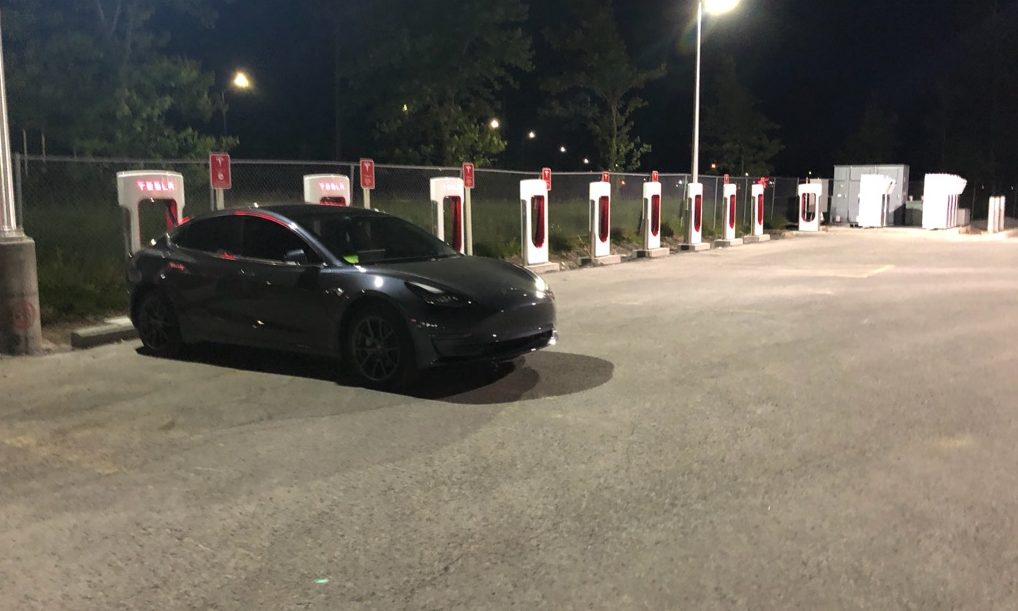 Tesla CEO Eon Musk revealed additional details on how the company’s upcoming Sentry Mode theft-deterrent system will function, which includes a humorous look against the background of something as serious as addressing vehicle break-ins. According to Musk’s latest Tweet about the Iron Man-reminiscent feature, when an intrusion is detected while Sentry Mode is activated, composer Johann Sebastian Bach’s Toccata and Fugue in D minor, BWV 565 will play, drawing as much attention as possible to the would-be perpetrator(s). Tesla’s combined commitment to its customers’ safety, security, and more-cowbells-fun is something frequently on display, and this amusing spin on a vehicle alarm system is no different.

But, occasionally, the metal versionhttps://t.co/ogHYUPoA9z

Also added to the playlist about tactical intruder mitigation was a heavy metal version of the same 18th-century composer’s masterpiece. As with many of Musk’s Twitter rounds, the Tesla CEO was open to further suggestions and responded accordingly. An appropriately metal version of Beethoven’s Moonlight Sonata was proposed by NicheGamer, to which the Tesla executive agreed to include with the upcoming over-the-air software update. Of course, this isn’t the first time a Tesla has been involved in epic heavy metal music with a classical flair. The Model X features a holiday-themed Easter Egg wherein an entertaining light and winged-door show to the song “Wizards in Winter” by Trans Siberian Orchestra is enacted.

Sentry Mode was first revealed by Musk in a tweet-response to a Tesla owner complaint about a dent found in his car made while the vehicle was parked. While the car manufacturer has been rolling out security improvements over the last few months, including an in-car dash cam system and motion-sensing Enhanced Anti-Theft system, this latest reveal was seemingly in response to the most recent rise in Tesla-targeted thefts popping up all over social media and Internet forums. A few days later, Musk estimated that a ‘rough beta’ would be released in 2 to 3 weeks. While specific official details of the Sentry Mode feature are slim, one of the assumed components is an enhanced use of vehicles’ built-in dashcam, itself developed in response to issues of theft and hit-and-run incidents. The array of sensors and cameras which provide 360-degree visibility on Tesla vehicles equipped with the hardware were leveraged to provide the cam feature in the Version 9.0 software updated in September 2018.

When Elon Musk takes to Twitter to discuss new product ideas and features, it may not always be clear whether he’s serious, but it’s always amusing to imagine that he is and more often than not a safe bet to take. After all, The Boring Company (TBC), now poised to take on the traditional underground public transportation construction industry, infamously began with a tweet about “soul crushing” traffic. Considering the rapid expansion into TBC merchandising and positive response therefrom – hats, not-a-flamethrowers, etc. – the trend of tweets-turned-tangibles only has reasons to continue.

In the realm of new software features and Easter Eggs, anything Musk says is probably game for reality once Emissions Testing Mode (ETM) went live in a December 2018 software update. After teasing an upcoming “Toilet Humor” feature via Twitter, Tesla drivers saw the tease-promise kept via ETM which gives the option of directing fart noises to emit from a designated seat in the vehicle. In a tweet that sounds like it came from Musk himself, the official Tesla Twitter account recently pointed out that Romance Mode, the fireplace playing, heater-blasting, mood music setting fun feature released at the same time as ETM, “accommodates up to 5” in the Model 3. Whatever that means. Or doesn’t mean.

Altogether, Sentry Mode probably suggests it’s going to be horns-up for anyone nearby while a would-be robber tests out a Tesla vehicle’s proneness to theft. Either that, or anyone subjected to any intrusion detection system’s misidentifications won’t be so annoyed. (See: obnoxious car alarms that don’t quit.) Oh, and as for keeping Summer safe? Let’s hope things don’t come to that. Auto insurance is pricey enough.