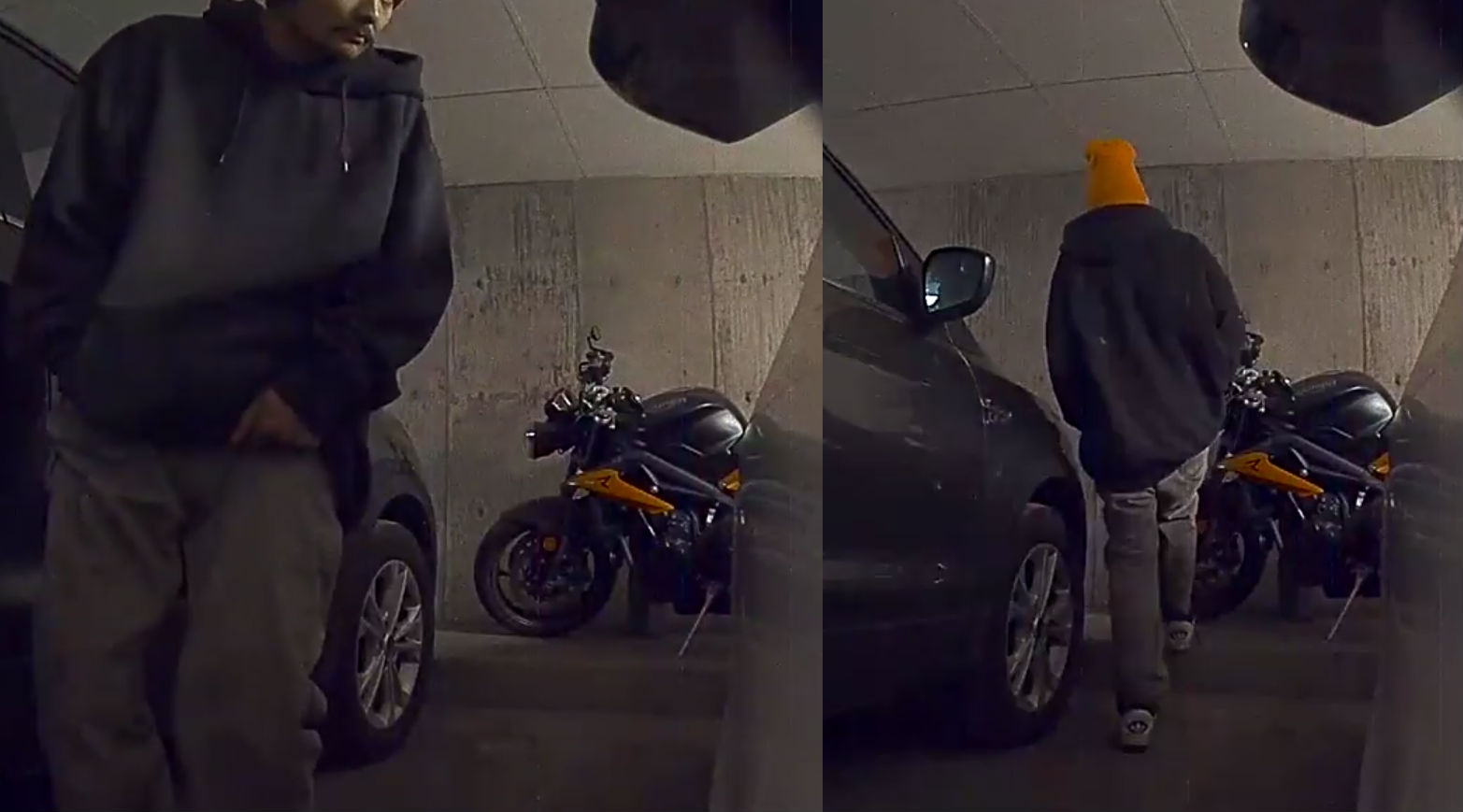 Tesla’s Sentry Mode is, at its core, a feature designed to deter thefts and break-ins against the company’s vehicles. This is among the reasons why Sentry Mode has an “Alert” state, which features the menacing glowing eye of 2001: A Space Odyssey‘s HAL 9000 and a visual warning clearly indicating that footage is being recorded around the electric car.

In an ideal scenario, Sentry Mode’s Alert state should capture the attention of a would-be thief. With the knowledge that the vehicle is actively recording footage, a potential perpetrator will preferably abandon the break-in attempt. Fortunately for a Tesla owner, this is exactly what happened, as a person suspiciously surveying vehicles in a parking lot ended up fleeing the scene after confirming that Sentry Mode was active.

Tesla owner Snared from YouTube uploaded a clip of Sentry Mode in action earlier this month. The video showed the electric car parked in a parking garage and being approached by a rather unscrupulous man in a hoodie. The man seemed to be surveying cars, and he appeared to be carrying something heavy on his pocket. Upon approaching the Tesla, the man was thrown off when the electric car flashed its lights.

Looking into the electric car, the man appeared to notice the visual warning on the Tesla’s center display. Once he realized that he was being recorded, the man turned around and briskly walked away, looking back at the electric car just as he was getting out of sight of the Tesla’s cameras.

One cannot be certain as to the exact motivations of the man in the recently shared video, though his actions, the heavy object in his pocket, and his reaction to Sentry Mode’s “Alert” state, suggests that he might have been planning to break into the electric car. Thankfully, this time around, the visual warning on Sentry Mode’s Alert Mode seemed to have been enough to discourage the would-be thief from breaking into the vehicle.

It should be noted that while Sentry Mode’s “Alert” state is already capable of warding off a potential thief in its current state, the security feature still has some areas of improvement. In the recently shared video, the rather unscrupulous man took a few seconds before he was able to read the warnings in the Tesla’s screen. With more prominent visual warnings, Sentry Mode could deter potential break-ins even faster.

Sentry Mode has already proven useful in recording incidents happening to Tesla’s vehicles. Since the security feature was introduced through a free over-the-air update, Sentry Mode has successfully identified a woman who intentionally attacked a Model 3, a thief who broke into a Tesla in broad daylight, and even a politician who drove away after backing into an electric car.

Watch Sentry Mode’s deter a potential break-in in the video below.