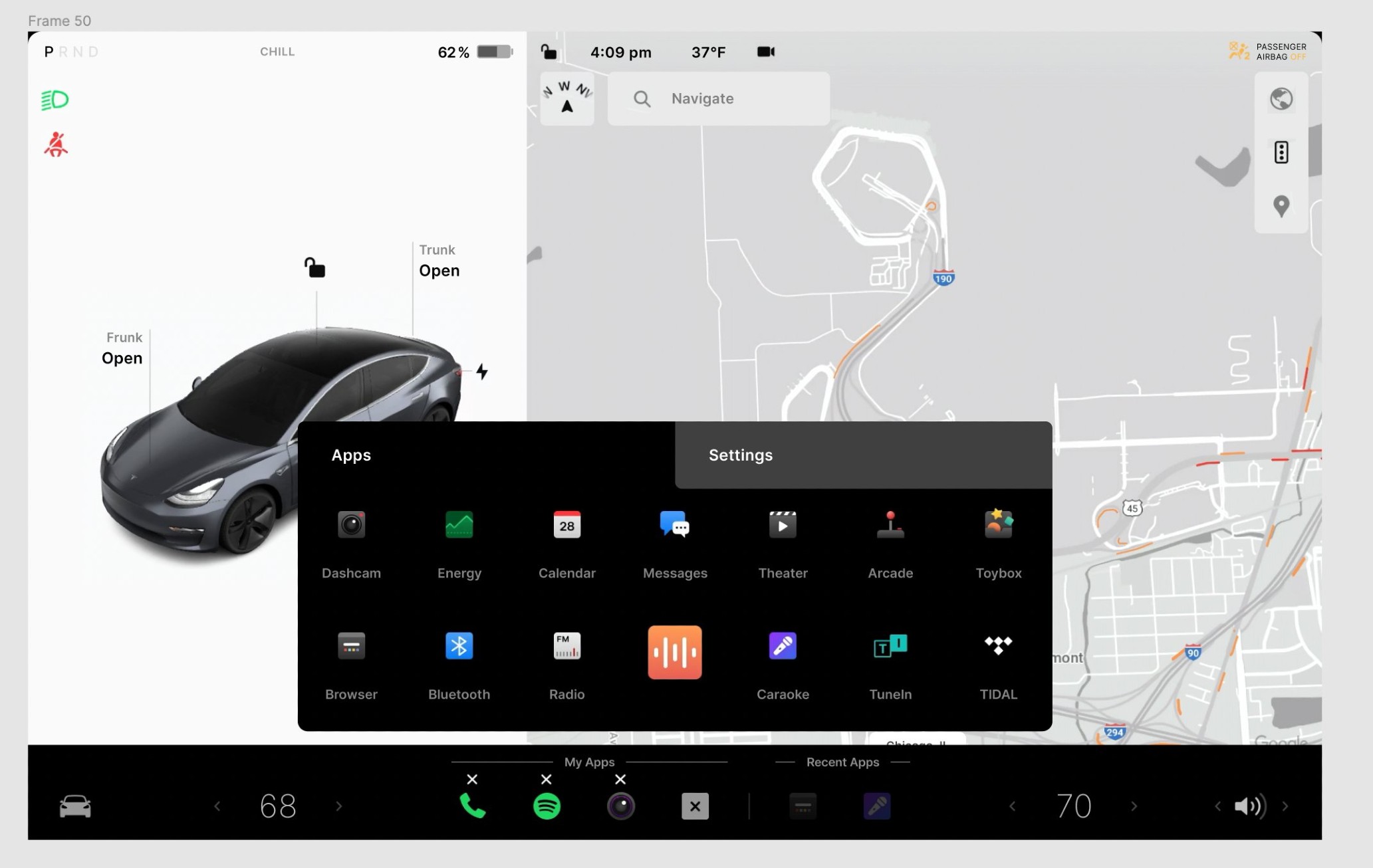 When Tesla’s Software V11 was released, numerous electric vehicle owners were quick to note that while the new features that came with the update were great, the system’s new interface left much to be desired. Eventually, even CEO Elon Musk noted on Twitter that Tesla had received its customers’ feedback and improvements are coming to V11’s UI.

Among the biggest gripes from Tesla owners about the V11 UI was the fact that key vehicle functions and information such as seat heaters and trip information are now hidden behind menus, instead of being directly accessible from the display with just a single tap. With this in mind, Tesla enthusiast and interface designer @deleetdesign created a mockup of what V11’s improved user interface could be like.

A video of the design team’s custom Tesla V11 user interface was shared online, and one has to admit, it looks pretty good. In the custom V11 UI concept, icons for useful features could be dragged into the bottom taskbar, allowing drivers to gain quick access to functions that would likely be used while on the road. Needless to say, the concept video of the fanmade V11 UI was met with positive comments from members of the online Tesla community.

The custom V11 UI created by the Tesla enthusiast shows that the EV maker could really introduce optimizations to its latest software without much difficulty. It does, if any, show that V11’s user interface could actually work very well, with just some slight optimizations that are geared towards usability. Once this is done, V11’s user interface could leave its designation as one of Tesla’s most polarizing UI updates to date.

Tesla’s V11 UI and its succeeding backlash from Tesla owners echo some of the issues that Apple faced when it retired its well-loved iOS 6 UI in favor of iOS 7. Numerous avid Apple fans flat-out hated iOS 7’s UI, and some even claimed that the transitions in the system were causing them to feel sick. With bug fixes and incremental improvements, however, iOS 7 was improved and its new look and interface were eventually welcomed by Apple’s mobile users. With more driver-friendly optimizations, perhaps Tesla’s V11 UI could also go down a similar path.