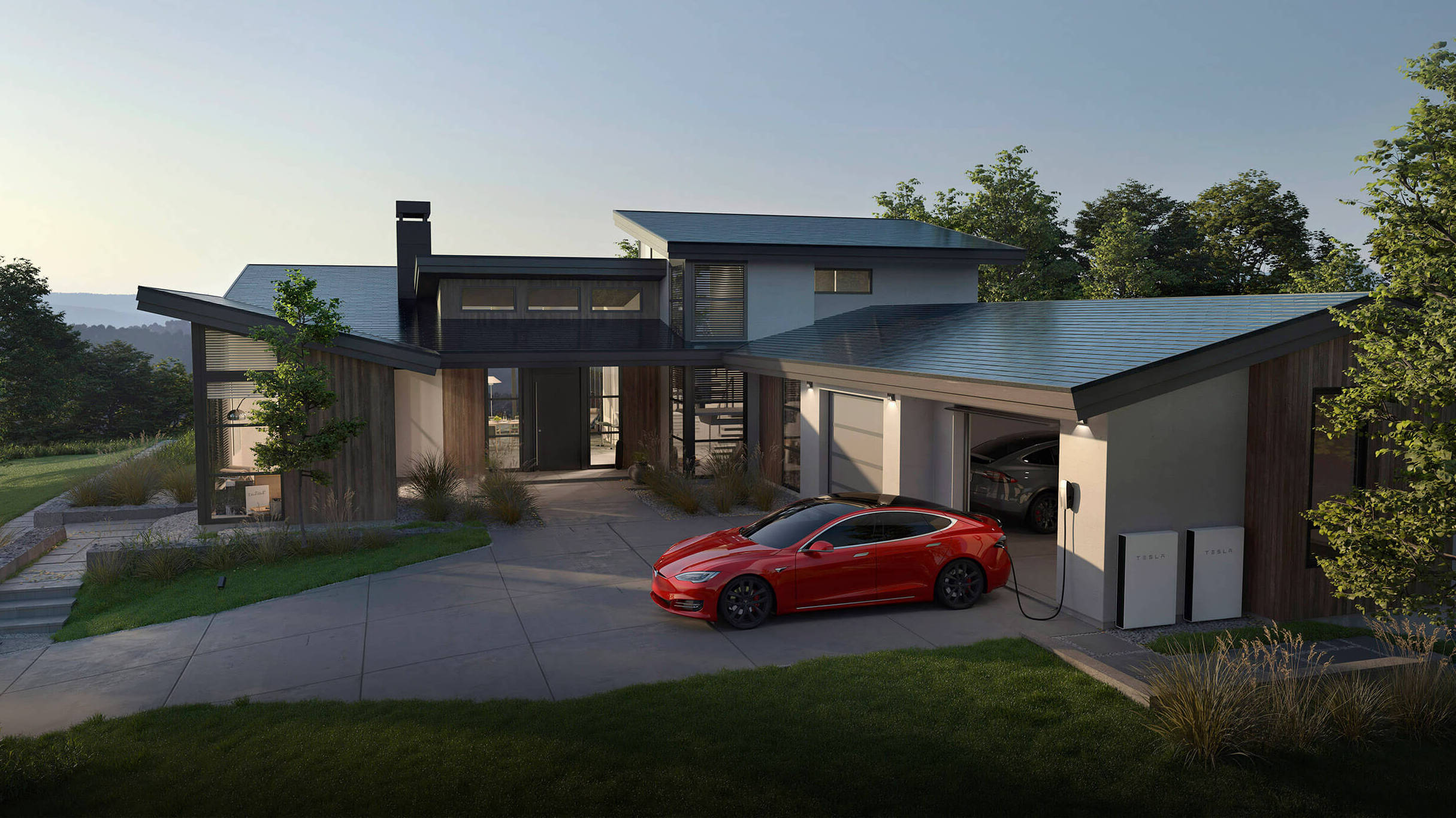 Tesla is now offering a $250 award to new solar customers who purchase or subscribe to a solar panel system through the company’s referral program. The $250 incentive will also apply to anyone who refers a buyer through a referral link.

“Our goal is to build the best clean energy products and help Tesla owners share their excitement and experiences with others,” Tesla says in its updated referral program page.

For referring customers and their referrals to receive the $250 award, they must place their orders via Design Studio using the referrer’s unique referral link. The award is only applicable to orders placed on or after Oct. 1, 2019.

The referral cannot be credited after the order has been placed or at the time of product delivery. Customers will receive their awards after the solar panel system has been installed and activated.
Tesla’s referral program for solar only includes purchases and subscriptions of its solar panels. At the moment, it does not cover purchases of the Powerwall, Powerpack, or the new Solarglass. 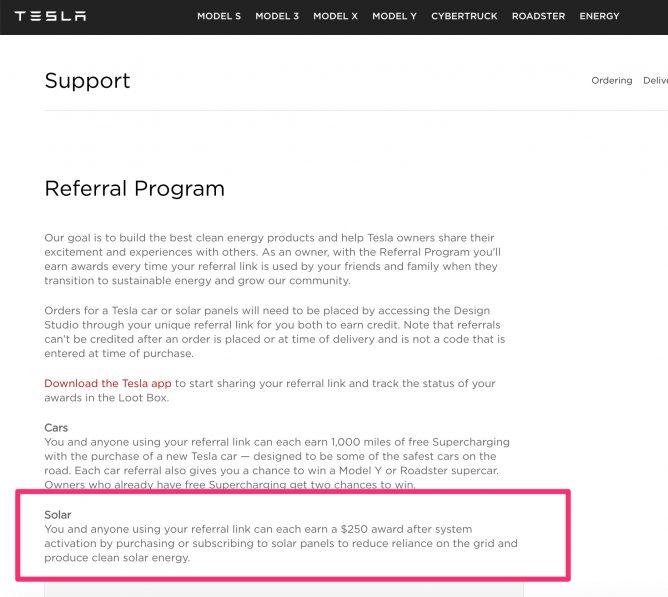 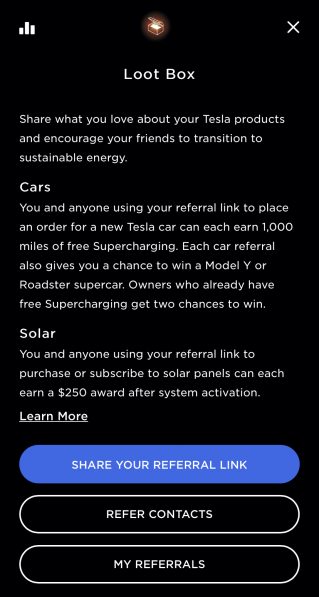 Tesla offers a range of options for solar panel customers, depending on the needs and budget of the homeowner.

Buying a solar panel system allows you to choose from a range of four sizes. A small system is most suitable for 1,000 to 2,000-square-foot homes with an average electric bill of $90 to $110 per month. It can generate up to around 14 to 19 kWh per day.

On the other end of the spectrum, a large solar panel system produces an average of 58 to 77 kWh per day. It is best suited for large homes around 4,000 square feet. The price range for buying a solar panel system starts at $7,770 for the small system to $27,750 for the extra-large. This includes installation costs and federal tax incentives.

Small solar panel systems in all states except for California are available for $50 per month, medium for $100 per month, and large for $150 per month. California users are charged higher fees of $65, $130, and $195 for small, medium, and large systems respectively. All subscription rates also include installation costs.

Canceling a subscription does not come with a cancellation fee, although Tesla charges a removal fee to cover the cost of removing the panels.

Tesla subscription solar panel systems are available for as low as $50 per month.

Yes, you can walk on the Tesla Solarglass roof. In stilettos, if you want 😉 https://t.co/6wwKJqmPdr

Musk previously announced that Tesla is “spooling up its production line rapidly” in hopes of building 1,000 solar roofs per week by the end of 2019.

The company has yet to make a report of its production numbers in its upcoming Q4 2019 earnings call set for Jan. 29. However, according to its third-quarter report, Tesla managed to deploy 43 MW of solar products, down from 93 MW during the same quarter of the previous year, but 43 percent higher than the number of installations in the quarter prior.

News of Tesla ramping up its solar panel production sparked in April last year, as Gigafactory 2 in Buffalo, NY began hiring for at least three dozen job openings. In August of the same year, Tesla obtained a building permit to build a new testing facility for its solar panels in Fremont, CA.