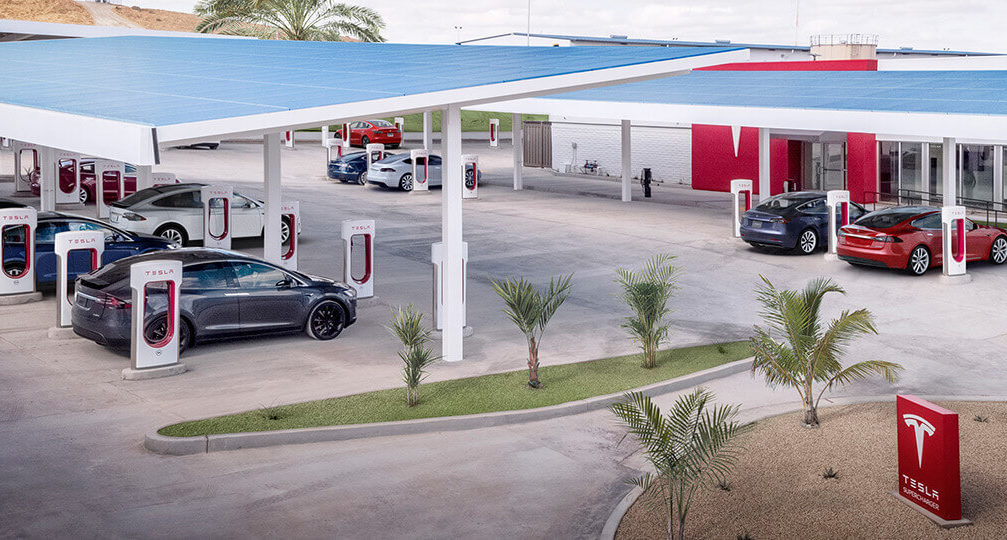 Tesla’s two flagship vehicles, the Model S sedan and the Model X SUV, have received their latest improvements from the electric car maker. In a recent announcement, a Tesla spokesperson has stated that all Model S and Model X globally will now have On-Route Battery Warmup, a feature that warms a vehicle’s battery pack while it’s en-route to a Supercharger.

The inclusion of On-Route Battery Warmup is a welcome update for the Model S and Model X. With the feature in place, the vehicles will be able to take a Supercharger’s peak charge rate for the longest time possible. This reduces average charging times by up to 25%. Even with Tesla’s existing Supercharger V2 network, Model S and Model X owners can look forward to notably shorter charging stops.

Together with the Model S and Model X’s new battery warmup capabilities is the rollout of a much-awaited Supercharger V2 update. Tesla noted during its launch of Supercharger V3 last March that the company will be updating its V2 network as well, by unlocking 145 kW peak charge rates for over 12,000 V2 chargers across the globe. A Tesla spokesperson has clarified that the electric car maker has exceeded this goal, unlocking 150 kW peak charge rates from its V2 network instead of the planned 145 kW.

While improvements in charge speeds will be rolled out to all of Tesla’s vehicles, the Supercharger V2 network’s 150 kW peak charge rates will initially be compatible with the 100 kWh variants of the Model S and Model X, as well as the Long Range versions of the Model 3. Other vehicles in the company’s electric car lineup are being validated.

Tesla appears set on making the Model S and Model X more compelling to customers once more. After seemingly prioritizing improvements to the Model 3 over the past year, the electric car maker is putting a lot of effort into the sedan and SUV, as shown by the vehicles’ recent range upgrades and new features such as adaptive suspension.

Tesla currently lists the Model S with up to 370 miles range per charge, while the larger, more spacious Model X is listed with a 325-mile range. During Motor Trend‘s test of the updated Model S, the auto news agency’s team was able to drive the all-electric premium sedan from San Francisco all the way to Los Angeles (a distance of 359 miles) at normal highway speeds without stopping for a recharge. The vehicle ultimately made it to Los Angeles with 11% of its battery (around 41 miles of range) remaining. Had the publication continued its tests until the Model 3’s battery was drained, the electric car could have gone a full 400 miles at normal highway speeds.