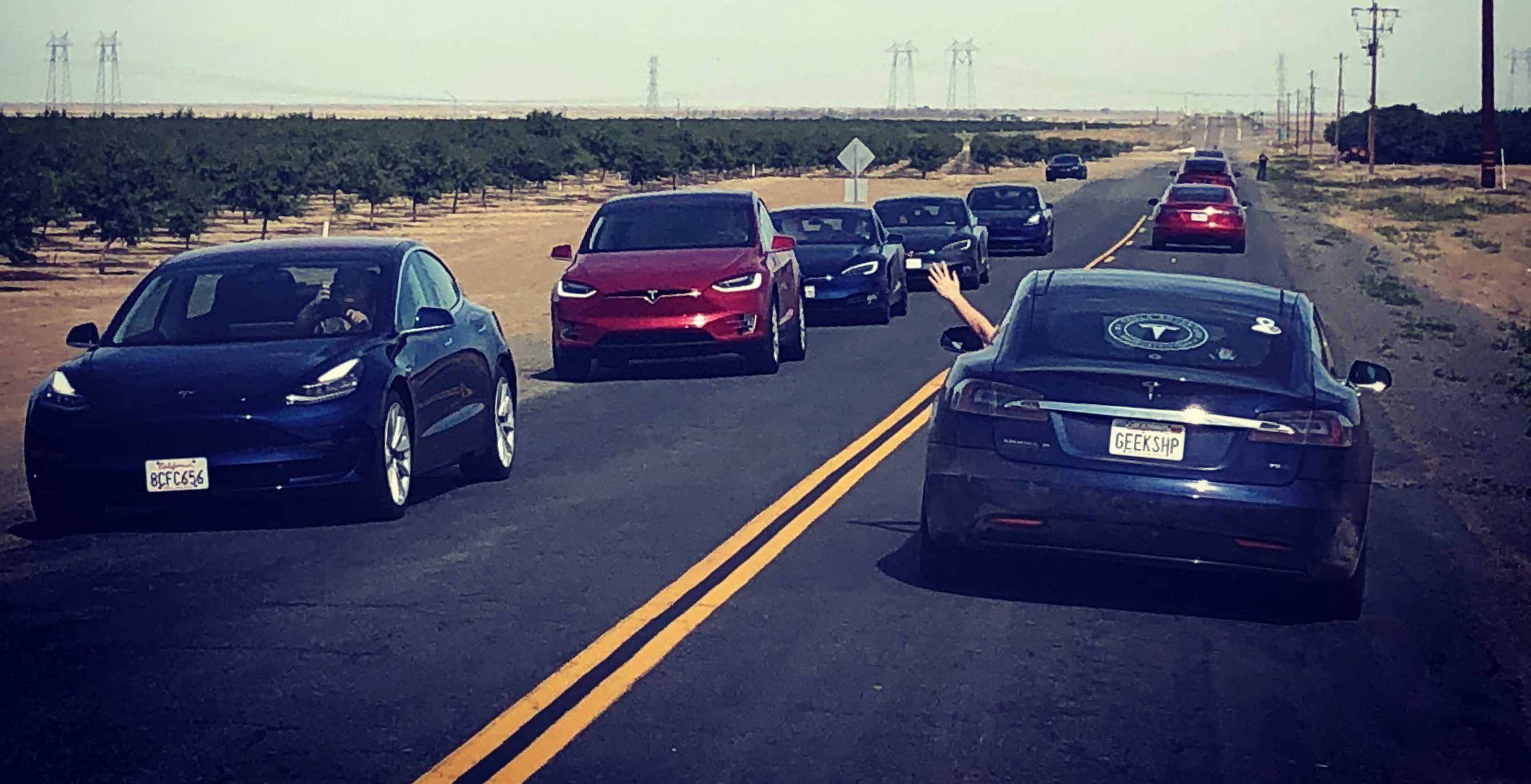 Tesla owners takeover largest Supercharger in the US in electric roadtrip

Dozens of Tesla owners gathered at the 40-stall Kettleman City Supercharger for the first-ever Tesla Takeover — an epic road trip by Tesla enthusiasts, for Tesla enthusiasts. The event, organized by the My Tesla Adventure team, proved memorable, kickstarting what could now be an annual tradition for electric car owners across the country.

Arriving at the Kettleman City facility, attendees of the Tesla Takeover were greeted with food, a photographer who took photos of owners and their electric cars, and some fun games. One of the participants, E for Electric’s Alex Guberman, also conducted interviews with the event’s organizers and some attendees. 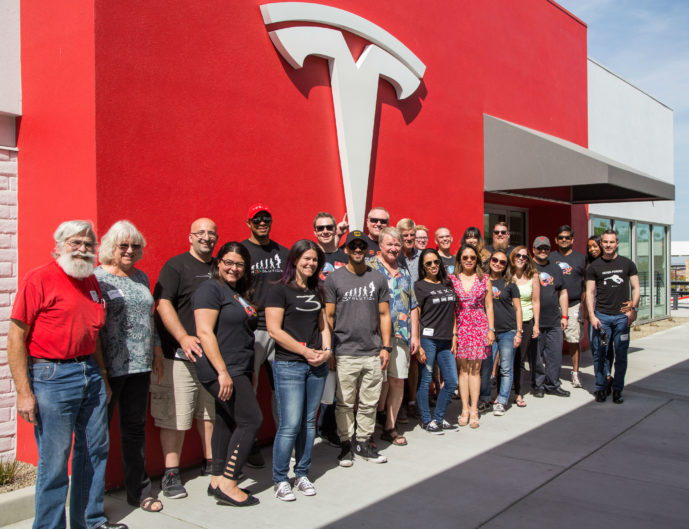 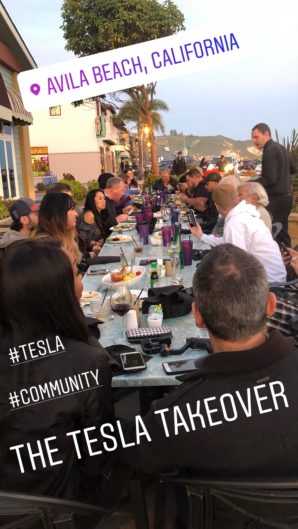 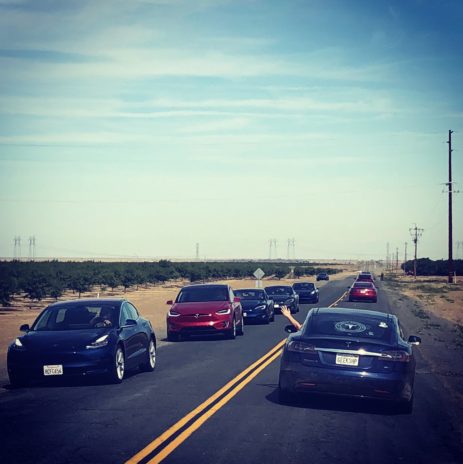 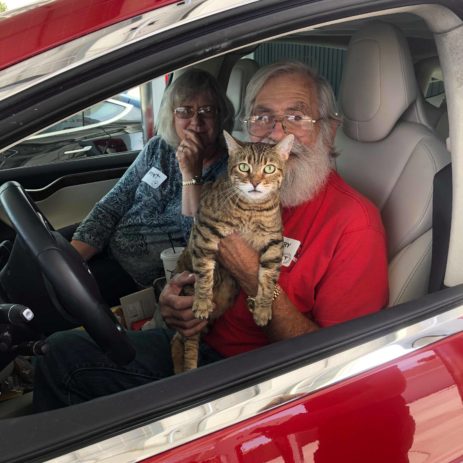 Participants of the Tesla Takeover with their cat, Peep, who became the event’s mascot. [Credit: My Tesla Adventure/Facebook] 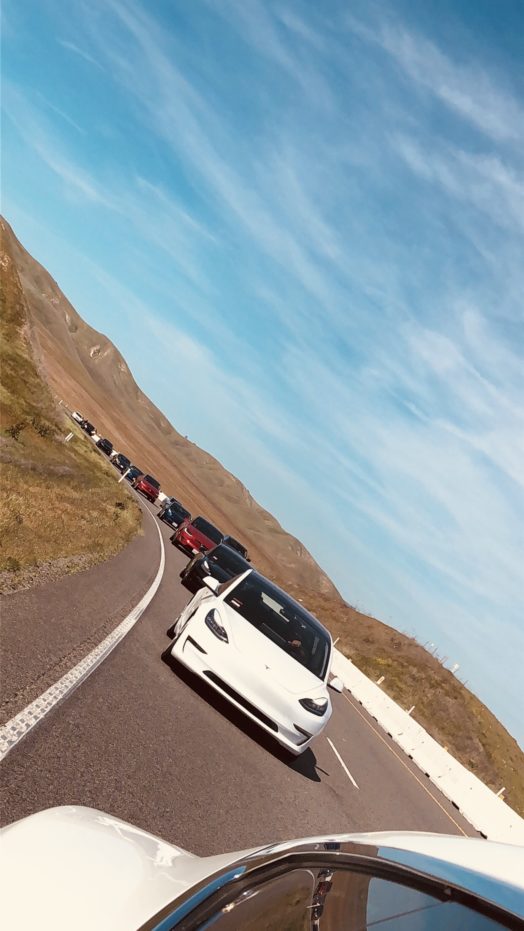 A photo of some of the electric cars that took part in the Tesla Takeover. [Credit: Meemzii/Facebook]

After meeting, socializing, and of course, charging their Model S, Model X, and Model 3 at the Supercharger, the Tesla Takeover participants headed towards Avila Beach, CA — a quaint, picturesque stretch of sand and pristine waters 92.3 miles away from the charging facility. During the road trip, pictures were taken, videos were filmed, and the road trip’s attendees had a grand time.

Based on images shared by some who took part in the road trip, arriving at the beach was only half of the experience. There, food was shared, drinks were passed around, and connections were formed. Speaking to Teslarati after the event, Eli of My Tesla Adventure stated that the Tesla Takeover ultimately became an experience that united the electric car community.

“The first annual Tesla Takeover brought together owners and friends from all walks of life who connected over a shared passion for Tesla. We had college students, home builders, techies, retirees, and even a cat, who became the official Tesla Takeover mascot.

“Here is something about the event that was amazing — we had people from every walk of life, of all races, ages, and backgrounds — and everyone just meshed together.”

Overall, the Tesla Takeover proved that with a little bit of effort and a lot of dedication, the Tesla community could get together and bond over a shared passion for electric cars and green transportation. Due to the success of the Tesla Takeover, My Tesla Adventure is now collaborating with Tesla Club-SoCal for the next owners’ event — a dragstrip meetup at the Auto Club Speedway in Fontana, CA, on June 9.

The 40-stall Kettleman City Supercharger is one of Tesla’s biggest charging facilities in the United States. The expansive Supercharger features several unique amenities, including a drivers’ lounge, food services, a dedicated kids’ play area, as well as pet-friendly amenities. A store that sells Tesla merchandise is also available at the Supercharger.

Watch E for Electric’s interviews during the Tesla Takeover in the video below.

Here is the official video of the Tesla Takeover.

Tesla owners takeover largest Supercharger in the US in electric roadtrip