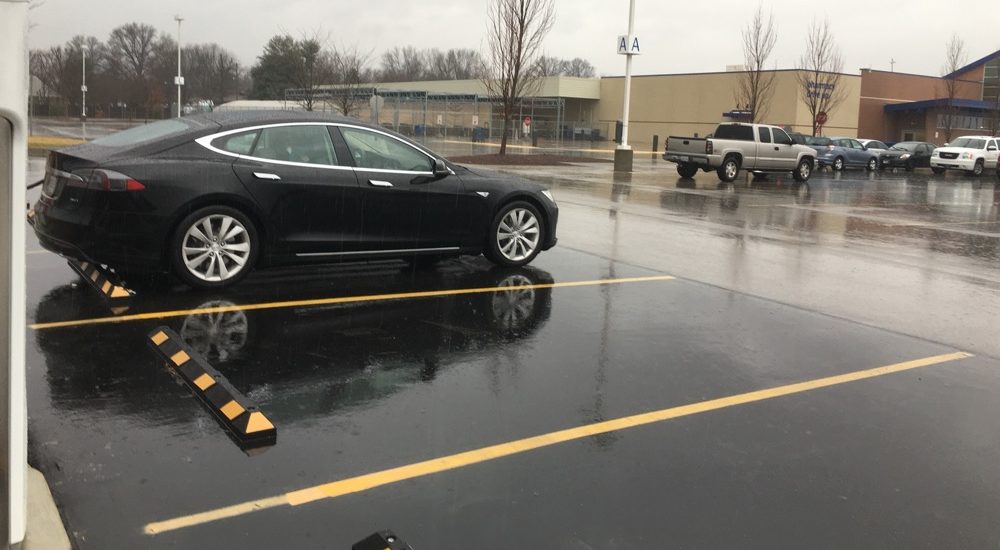 As Hurricane Michael approached East Coast with its monstrous power, Tesla Model S 40, S 60, and S 70 owners received an over-the-air update. The patch unlocked the full capacity of their vehicles’ battery pack, giving them up to 30-40 miles of extra range. Tesla owners who were fleeing from Michael also found that Supercharging was free in areas affected by the hurricane.

In a statement, the electric car maker noted that owners who receive the temporary range upgrade would likely see different badging on their vehicles after the over-the-air update. Owners will be notified later on when their electric cars will be reverted back to their original configuration.

“We are temporarily enabling your car to access additional battery capacity, as well as free Supercharging, in preparation for Hurricane Michael. We hope that this gives you the peace of mind to get to a safe location, and will notify you before returning your car to its original configuration later in October. Badging on your display may adjust during this period. Safe travels!”

Tesla’s temporary range upgrade is possible due to Model S 40, S 60, and S 70 vehicles being equipped with larger battery packs. When the company was manufacturing the Model S, Tesla opted to optimize its production by equipping its lower-trim cars with larger battery packs that were software-limited. Thus, Model S 40 vehicles were released with a 60 kWh battery pack that’s software-limited to 40 kWh. Later, Model S 60 and S 70 trims were fitted with 75 kWh packs that were restricted to 60 kWh and 70 kWh. Owners of these vehicles are given the option to unlock their vehicles’ full battery capacity as an aftermarket upgrade.

Apart from the additional battery capacity, Tesla is also enabling free Supercharging in areas that are on Michael’s path. Superchargers in South Carolina, North Carolina, Georgia, and selected chargers in Alabama – such as  Auburn, Greenville, and Mobile – and Florida – DeFuniak Springs, Lake City, Live Oak, and Tallahassee – are free of charge, even for owners whose vehicles do not have free unlimited Supercharging.

It remains to be seen if the temporary range upgrade would be standard for Tesla’s fleet every time there is a natural disaster. That said, it is difficult to find fault in a goodwill gesture that could help keep lives safe. For now, Model S 40, S 60, and S 70 owners could rest assure that their cars can quite literally go the extra mile, especially in times of natural calamities.

Hurricane Michael caught the United States by surprise, intensifying and growing from a tropical storm to a full-blown hurricane in just two days. Leaving little time for preparations, Michael made landfall on Wednesday afternoon near Mexico Beach, FL, with the strength that’s just a few ticks shy of a Category 5 hurricane. While Michael has since weakened, it did leave behind a trail of devastation that left 800,000 customers without power in Alabama, Florida, Georgia, and South Carolina. Numerous homes, and even buildings were damaged by the hurricane as well.