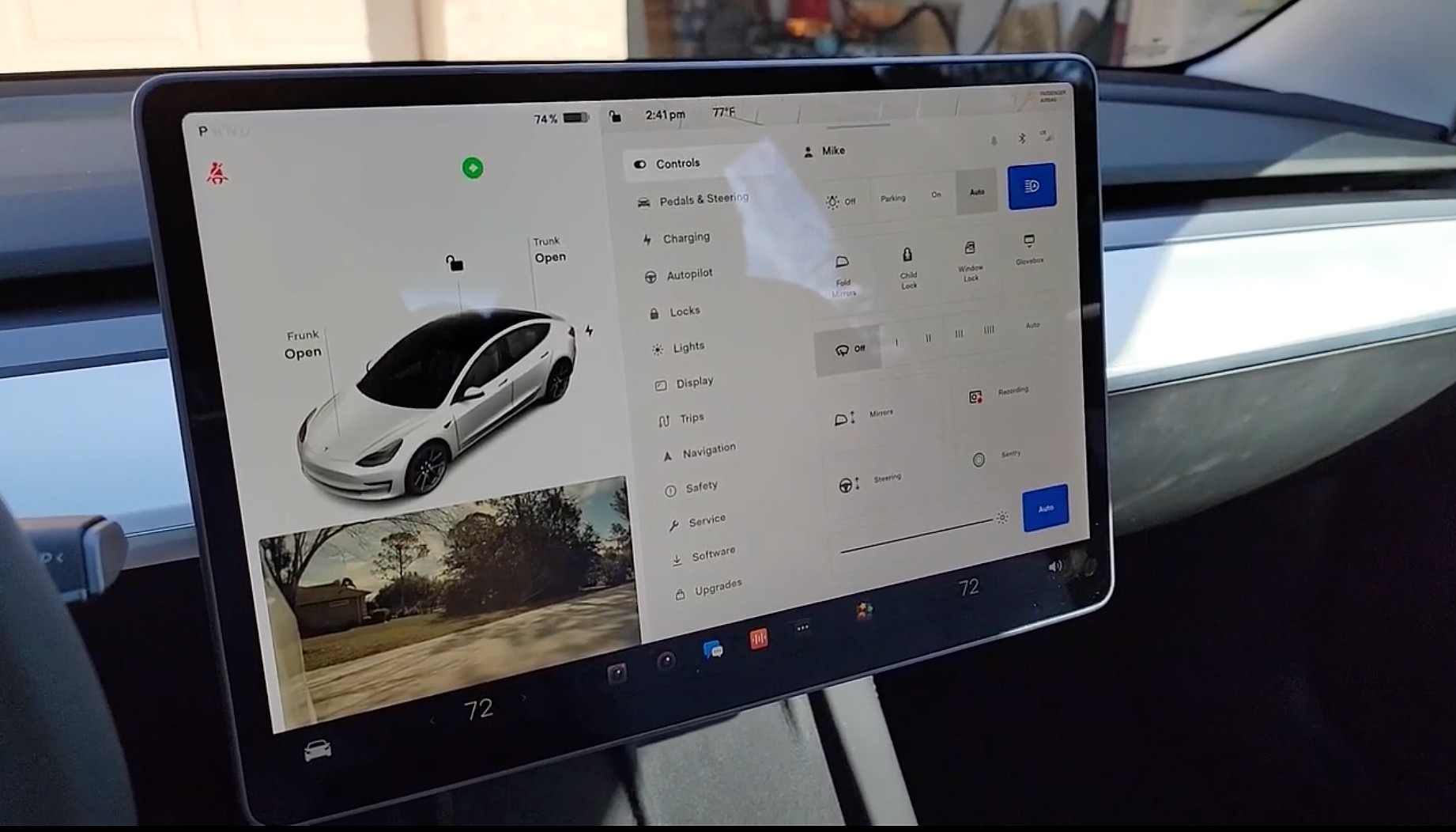 Tesla is letting drivers customize the location of the Blind Spot Camera feed on the center screen in its new software update, as the steering wheel can sometimes obstruct the driver’s view of the feature.

Tesla’s 2022.24 Software Update is currently rolling out in its earliest stages and will be available to most drivers in the coming weeks. It features a pretty monumental change with the Blind Spot Camera, which was rolled out with the company’s Holiday Software Update late last year.

“You can now automatically see a live camera view of your blind spot whenever you activate the turn signal,” Tesla said when it released the feature last year. The feed of the blind spot shows up on the bottom left-hand corner of the center screen, but various things, like the steering wheel or a driver’s arm and hand, could block it.

NotATeslaApp reported that Tesla is now going to let drivers choose the location of the feed, which should alleviate any issues with potential obstruction of the video on the screen. It’s a small adjustment but a drastic improvement, as the blind spot camera feed location was a complaint amongst many owners.

The feature is likely to be rolled out across all four Tesla models, and be activated by tapping  Controls>Autopilot>Automatic Blind Spot Camera.

Tesla also released its 2022.20.7 Software Update yesterday, which takes into account several new details to give drivers accurate range predictions, including factors such as phone charging and 12V accessory use, as well as tire pressure.