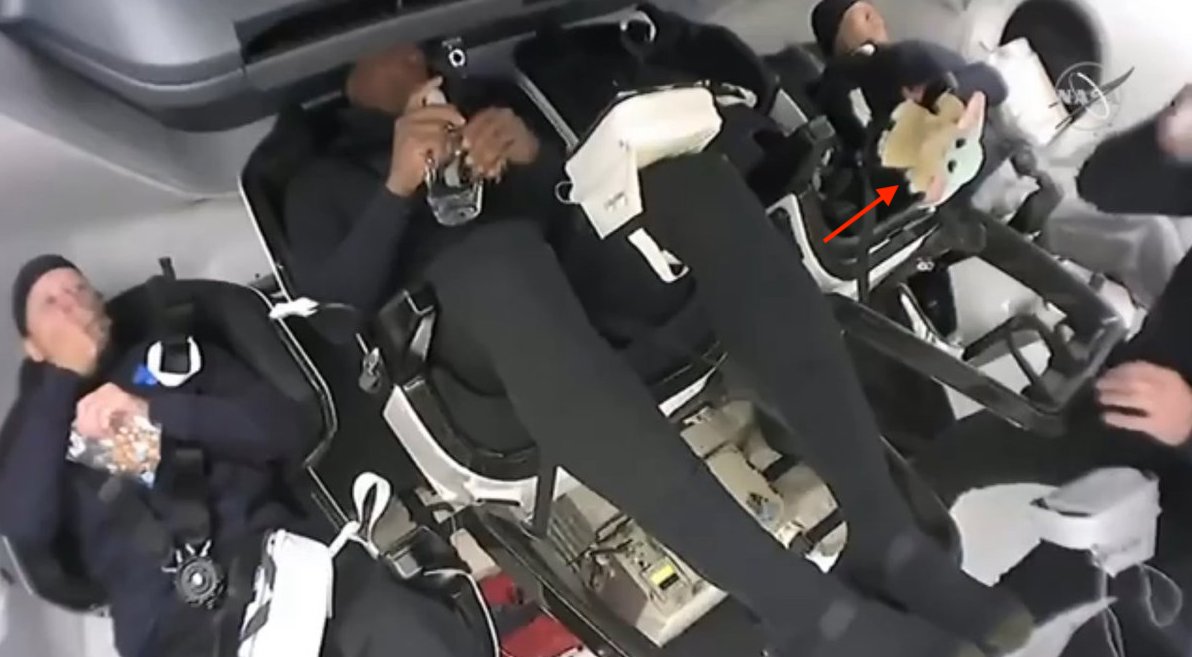 It appears that a popular character from The Mandalorian has hitched a ride in SpaceX’s Crew-1 mission, which is currently en route to the International Space Station. As could be seen in video feeds from the Crew Dragon spacecraft, the astronauts of the Crew-1 mission have decided to bring aboard what seems to be a Baby Yoda plushie as their zero-gravity indicator.

The use of Baby Yoda as Crew-1’s zero-G indicator is very much in-character for SpaceX, considering founder Elon Musk’s avid love for science fiction. The space community has responded positively to the plushie of The Child, particularly as Baby Yoda has arguably become one of the most adorable and likable characters in the Star Wars franchise.

With his flight in the Crew Dragon spacecraft, The Child has now taken part in a long tradition of astronauts flying small items like plush dolls with them to signal when they enter orbit. Zero-G indicators, which are usually tethered to a wall or anchor, float in the cabin when the launch phase concludes, indicating that the crew is in zero gravity.

As noted in a Collect Space report, the custom of using toys and other fun items as zero-G indicators dates back to the early days of human spaceflight. In 1961, cosmonaut Yuri Gagarin carried a small doll with him on his Vostok 1 mission to watch it float in zero gravity. Since then, zero-G indicators have varied from off-the-shelf commercial toys to homemade dolls.

SpaceX, being a disruptor of sorts, was all too willing to adopt the practice of including fun zero-G indicators on its Crew Dragon flights. In the Demo-1 mission, the private space firm sent up a cute Earth plushie from the Celestial Buddies collection, which proved so popular that astronauts in the ISS decided to keep it with them even after the spacecraft completed its mission. This was followed by Tremor the Apatosaur, a sparkly plushie produced by TY, which was carried by Bob Behnken and Doug Hurley during the crewed Demo-2 mission.

While it’s unclear why the Crew-1 astronauts opted to use a Baby Yoda plushie for their zero-G indicator, speculations suggest that the idea may be inspired by the team’s backup, NASA astronaut Kjell Lindgren, who is a huge Star Wars fan. During his 2015 flight on a Russian Soyuz spacecraft, Lindgren opted to use an R2-D2 toy to serve as his zero-G indicator.

The Crew-1 members, commander Michael Hopkins, pilot Victor Glover and mission specialists Shannon Walker and Soichi Noguchi, for their part, seem to be quite fond of their zero-G indicator. When Glover gave flight controllers permission to turn on the cameras aboard Crew Dragon, he gave a quick call out to the adorable Star Wars character. “Baby Yoda says you guys can come back on board,” he said.

The Crew Dragon spacecraft, christened “Resilience” by its crew, is expected to dock with the International Space Station on Monday at about 11 p.m. EST. Following their arrival, the members of the Crew-1 mission will be joining other astronauts and cosmonauts for a planned six-month stay as part of Expeditions 64 and 65.