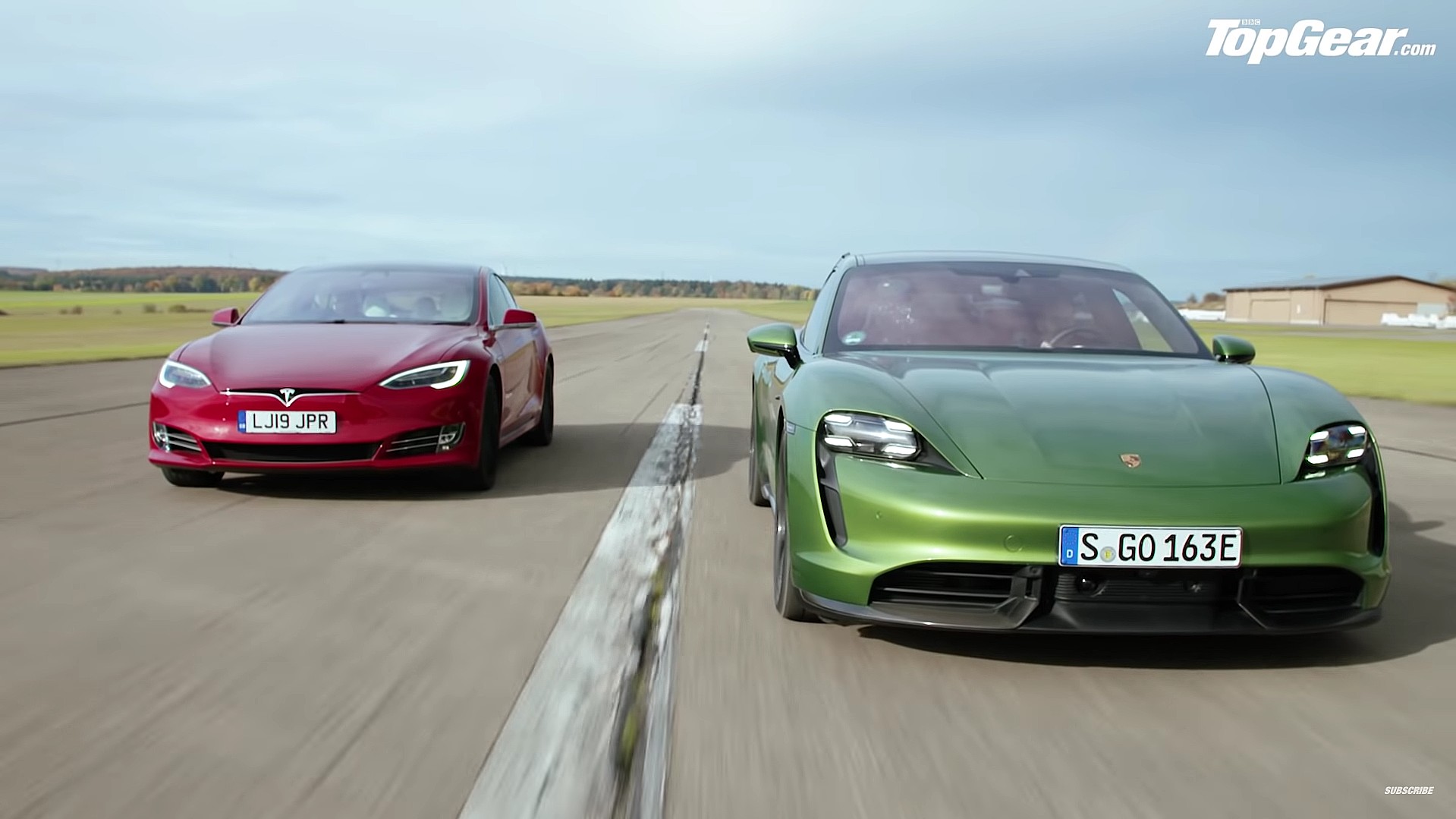 Top Gear‘s saga involving a drag race between the Tesla Model S Performance and the Porsche Taycan Turbo S continues to unravel, as CEO Elon Musk expressed his comments on Twitter and the motoring publication posted an update defending its results.

Following the release of a thorough analysis of the Model S vs Porsche Taycan drag race which suggested that Top Gear did not engage the Tesla’s Launch Mode and full Ludicrous Plus capabilities in the race, CEO Elon Musk took to Twitter to offer his take on the two vehicles’ bout. According to Musk, Top Gear did miss the Model S’ real performance figures, especially since the numbers published by the motoring publication were inconsistent with what regular Tesla owners have recorded on their vehicles.

Amidst criticism from the electric car community, Top Gear has issued a response explaining its Model S Performance vs Taycan Turbo S drag race results. Quite surprisingly, the motoring publication admitted that they did use Model S figures from a previous race in the Tesla vs Porsche drag battle. Even more surprisingly, Top Gear claimed that this was done in favor of the Tesla Model S Performance.

“These were numbers we recorded in a Model S on a previous occasion. We ran them because these are the best figures we’ve achieved in a Model S to date so we know that’s what the car is capable of. And just to be clear, the Tesla was in Ludicrous+ mode, the battery was pre-conditioned and both cars had around 85 per cent charge before the first run,” Top Gear wrote.

Interestingly, Top Gear‘s clarification did not address the main concern expressed by the Tesla community about the Model S vs Taycan race — that the Tesla was not in Launch Mode during its drag battle with the German-made all-electric sports car. This, apart from the fact that a video of the Model S’ interior while it was racing with the Taycan showed that the vehicle’s Range Mode was activated, further clouds Top Gear‘s defense of its race.

Overall, it is quite disappointing to see Top Gear standing by its Tesla Model S Performance vs Porsche Taycan Turbo S drag race results. With the race practically debunked, it would not be in the Porsche Taycan’s best interests to run away with a win from the Model S at this point. The Taycan deserves a clean win, and it is something that it can actually achieve, considering its dual-speed gearbox. Simply put, it would be better for Top Gear at this point to race the two vehicles again, this time with both cars on Launch Control, and this time with an actual Raven Model S, to provide an accurate depiction of a drag race between these two excellent vehicles.