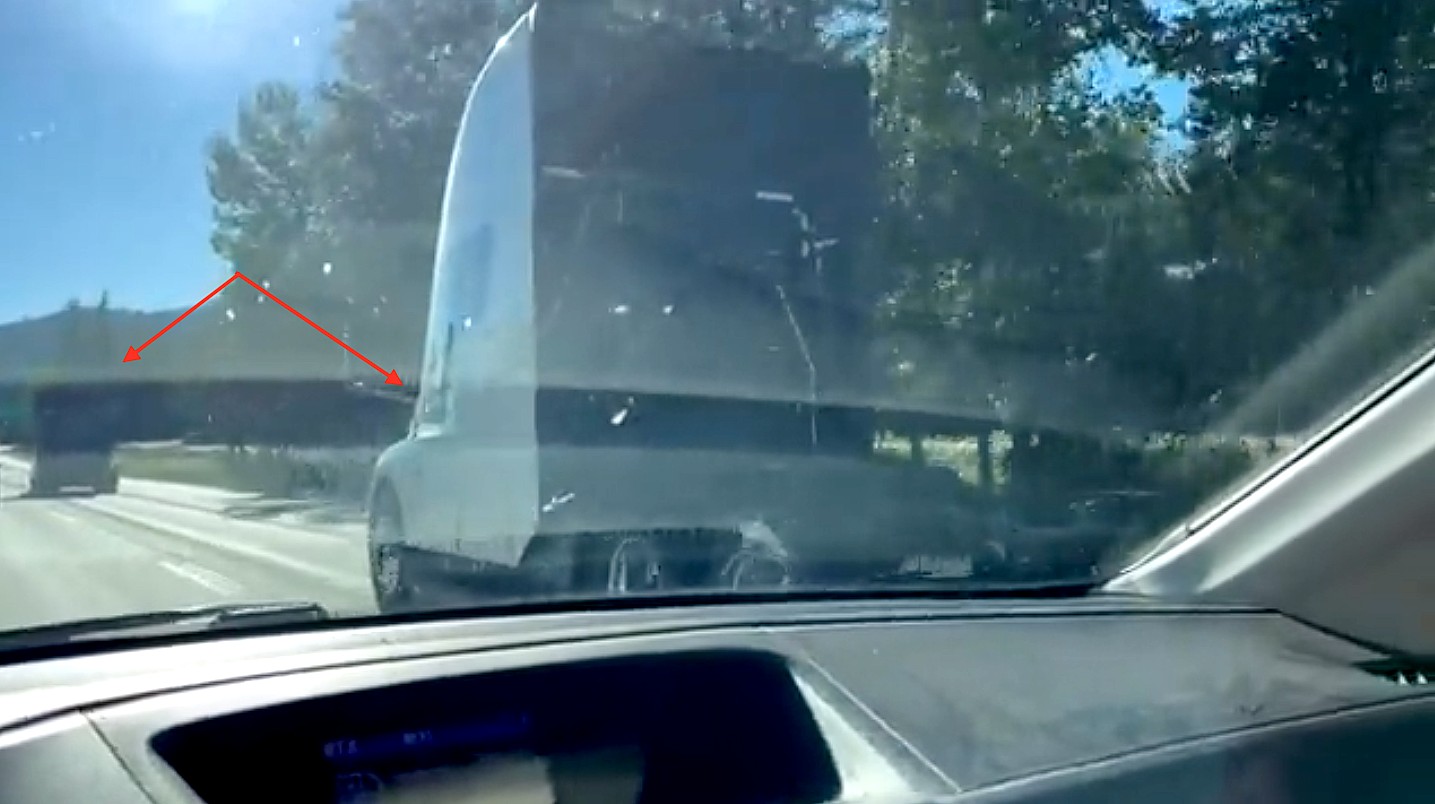 During the Cyber Rodeo event last April, Elon Musk noted that 2023 would finally be the year when Tesla would start producing the Semi. Continuous testing of the all-electric Class 8 vehicles on public roads suggests that this might definitely be the case.

Unlike in previous years when Semi sightings were far and between and the vehicles were sighted seemingly in random parts of the United States, recent videos of the vehicle seem to be quite focused in areas related to PepsiCo’s Modesto facilities. PepsiCo is one of the Tesla Semi’s customers, and several Megachargers have already been installed on the company’s Modesto site.

A few days ago, a new sighting of the Tesla Semi was posted online. But this time around, it was not just one Semi that was spotted on the road. This time, the sighting involved twin Tesla Semi units, both of which were sporting the company’s updated designs for the all-electric Class 8 truck.

EV enthusiast Timothy Williamson, who shared the video of the two Semis, noted that he sighted the trucks as he was headed west on Highway 80 near Donner Lake. Considering the direction that the vehicles were heading, several commenters on the EV enthusiast’s post suggested that the twin Tesla Semis could be heading to PepsiCo’s Modesto site.

The Tesla Semi may arguably be one of the company’s most delayed products in its lineup today, but it is also one with the most potential for disruption. The trucking market is vast, and it is also responsible for a notable amount of emissions per year. As such, the deployment of the Tesla Semi — even if the trucks retain their initially-advertised range — could contribute to the transportation sector’s transition into the sustainability era.

As per Tesla’s website today, the Teal Semi will be fitted with four independent rear motors on its rear axles. It is also designed to be extremely energy-efficient, consuming less than 2 kWh per mile. Tesla estimates that Semi customers could achieve savings of up to $200,000 per year. The vehicle is offered in two variants — a 300-mile version that is expected be priced at $150,000 and a 500-mile variant that’s expected to be priced at $180,000.