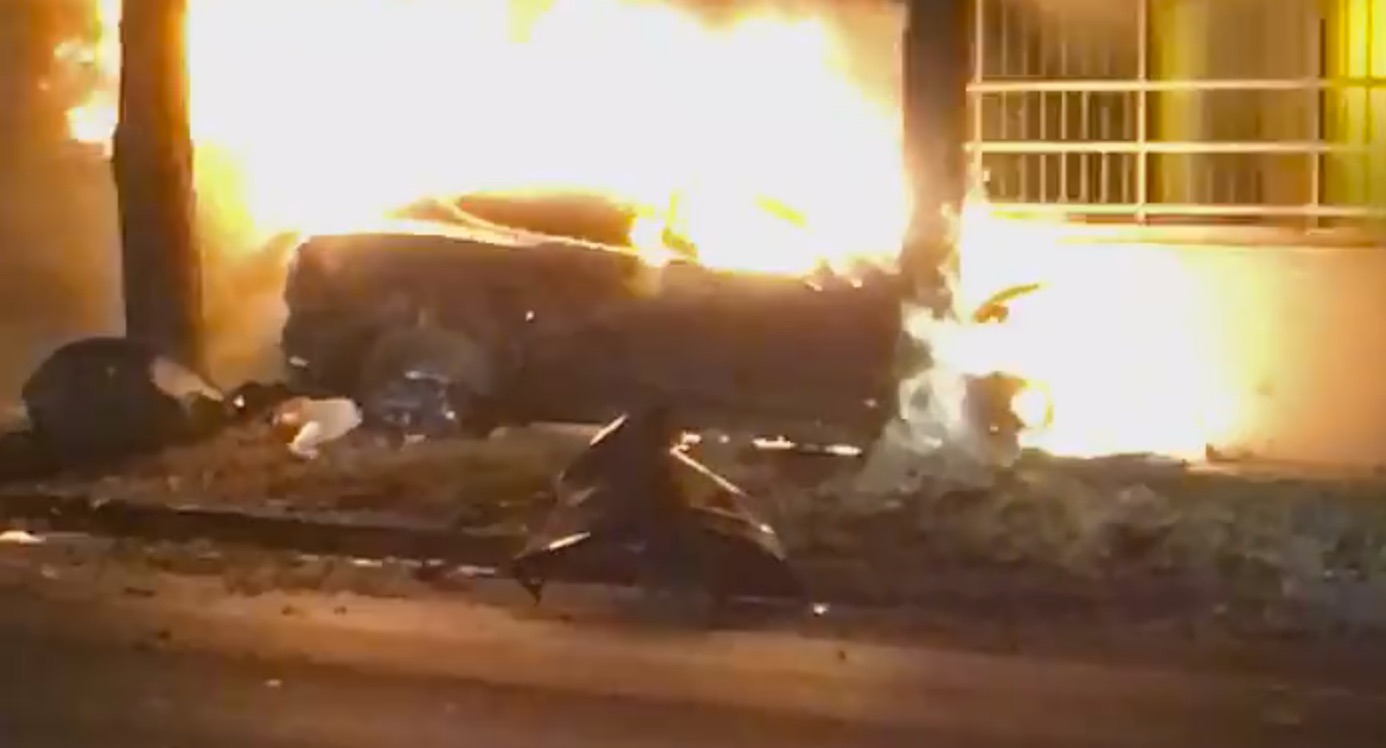 Two people died in a Tesla Model S in Indianapolis just after 1 a.m. on Thursday morning after the driver lost control at a curve, hit a tree, and crashed. A witness to the single car accident said the vehicle was barreling down the road before it collided with the obstacle and burst into flames.

High speeds are thought to be a contributing factor to the crash.

“There was one big explosion first, then there were several little small ones, and debris just kept popping up in the air like somebody was at a fireworks display or something,” Alfred Finnell, Jr. related. “It hit that tree, and it bounced around, and all of a sudden it just exploded. I had to accelerate my vehicle because all the car parts went up in the air. I had to accelerate just to get away from it.”

Firefighters arrived on the scene to find the ablaze and both driver and passenger trapped inside. The impact of the crash left a debris field over 100 yards long. Firefighters had to contend with the car fire and multiple fires in the road left by the small batteries and magnesium strewn about.

It took crews approximately 15 minutes to free the individuals within the Tesla, but, unfortunately, neither person survived.

Indianapolis Fire Department Battalion Chief Rita Reith said electric vehicles pose unique challenges for first responders, who must use special caution when handling materials used in the car batteries. “The car, kind of, for lack of a better term, disintegrated. The batteries and the pieces and parts from the Tesla — all were on fire when firefighters initially arrived.” Reith elaborated on the challenges when firefighters confront an electric car crash.  “There’s a lot of volatility in those batteries when they’re exposed unnecessarily. They are pretty well-contained until they get into something like this, where the impact literally made the car just completely blow apart.”

Authorities have not commented publicly as to whether alcohol was a factor in the crash.

Tesla has been in the news in recent years when one of their cars has caught fire. However, it is important to note that there are 17 automobile fires every hour in the U.S.