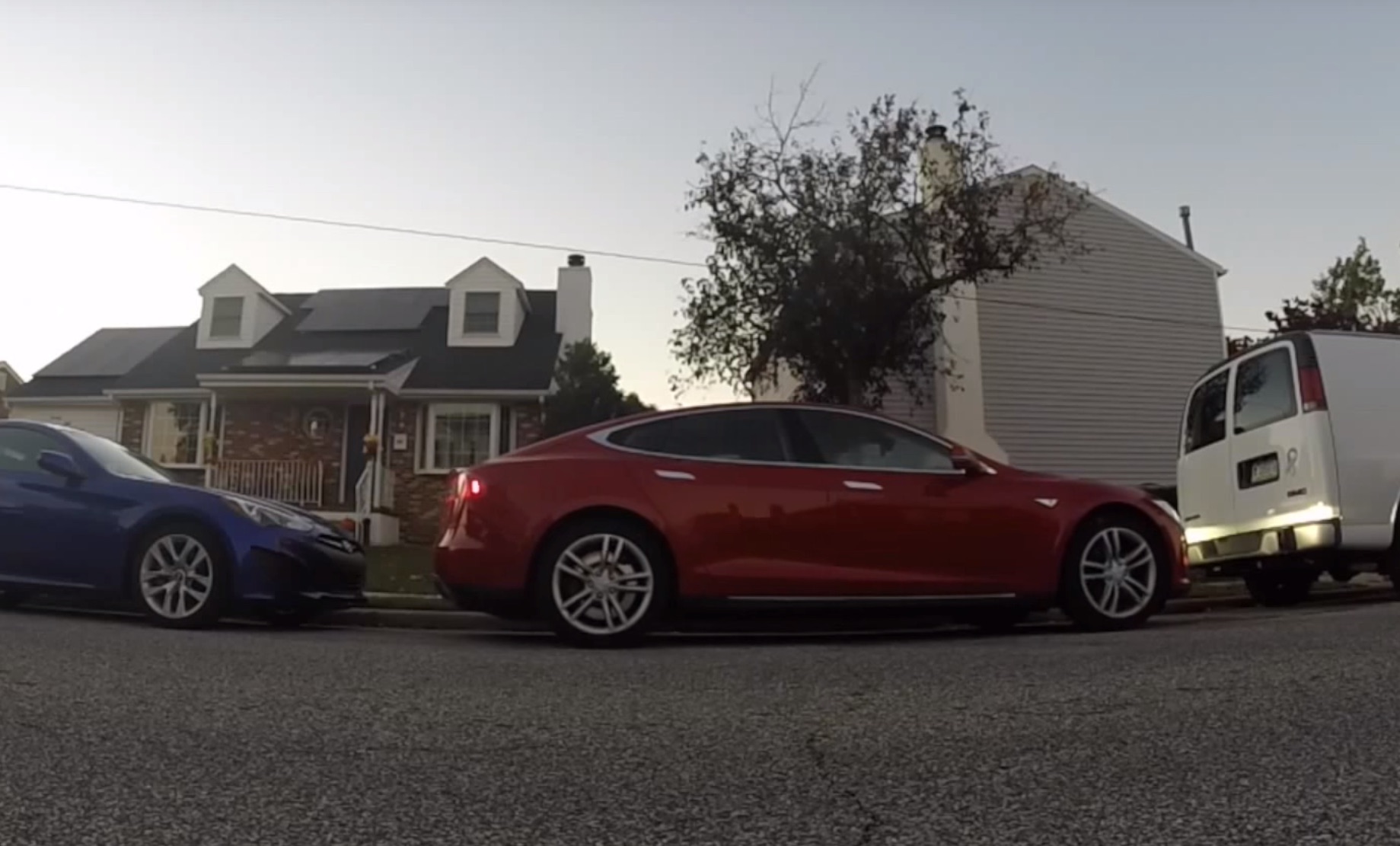 Unbeknownst to many, Tesla Autopilot isn’t just about automatic lane changes and driving hands-free. Rather, it’s an entire suite of features that includes frontal collision detection, automatic emergency braking — a feature that recently saved a Model S driver from a head-on collision — and the ability for the vehicle to parallel park itself. That feature rightfully named ‘Autopark’.

We previously outlined the steps needed to initiate a Tesla to begin automatic parking, but this time we’ll be taking a look at just how precise Autopark can be when it comes to maneuvering a Model S, a car that’s not known to be the smallest of sedans, between two parked vehicles.

Electric Jen of YouTube takes us through a series of parallel parking tests with each performed entirely by Tesla Autopilot. The first parallel parking attempt would see approximately 8 feet of free space between the two parked cars. One can see from the video that Autopark effortlessly steers the Model S into the space. No problem.

In Jen’s second parallel parking test, 5 feet of extra space is left between the two vehicles which also didn’t present as an issue for Autopark.

In the third and final parking test, Jen moved the parked cars closer together leaving only 4 extra feet of wiggle room for the Model S. Like the hands of a surgeon, Tesla Autopark glides the Model S delicately, and with precision, between the two parked vehicles with 2 feet to spare on each end.