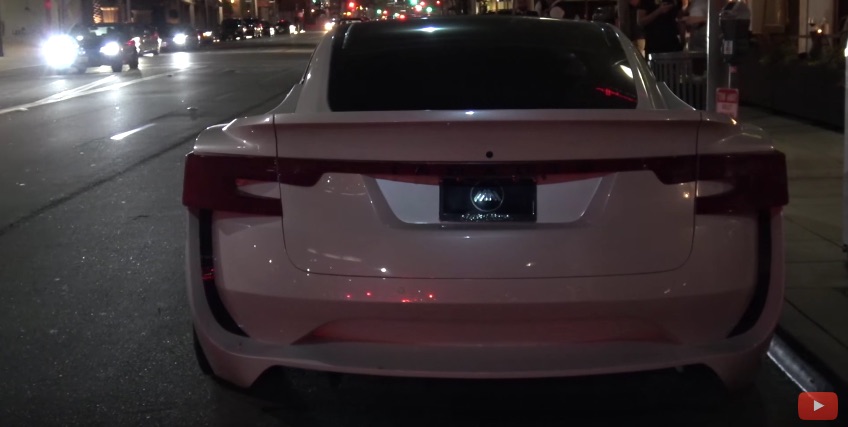 We love seeing aftermarket tuners take on the Tesla Model S with wild creations, but recording artist and founding member of the Black Eyed Peas, will.i.am, takes the cake when it comes to having the most outrageous Tesla.

A white Tesla Model S outfitted with a radical widebody kit and suicide doors was spotted last night in Beverly Hills in front of famed Wolfgang Puck restaurant, Spago. The vehicle belonging to Grammy Award winner will.i.am was being attended to by valet service before YouTuber effspot spotted the vehicle and decided to go take a closer look.

The over-the-top body lines on the widebody Model S combined with blacked-out deep dish wheels pale in comparison to the main highlight of the vehicle – its suicide doors. The near 4-minute long video captured on YouTube takes a thorough look around the entire unique looking Model S. At approximately the 2:40 minute marker on the video, one can see the valet attendant open and shut the rear suicide door. Despite the backwards arrangement of the doors as created by will.i.am’s very own tuner shop, IAMAUTO, the self-presenting door handles remain intact and quite fascinating to watch as both retract in unison inches from one another.

We’ve provided the entire video of the sighting below.