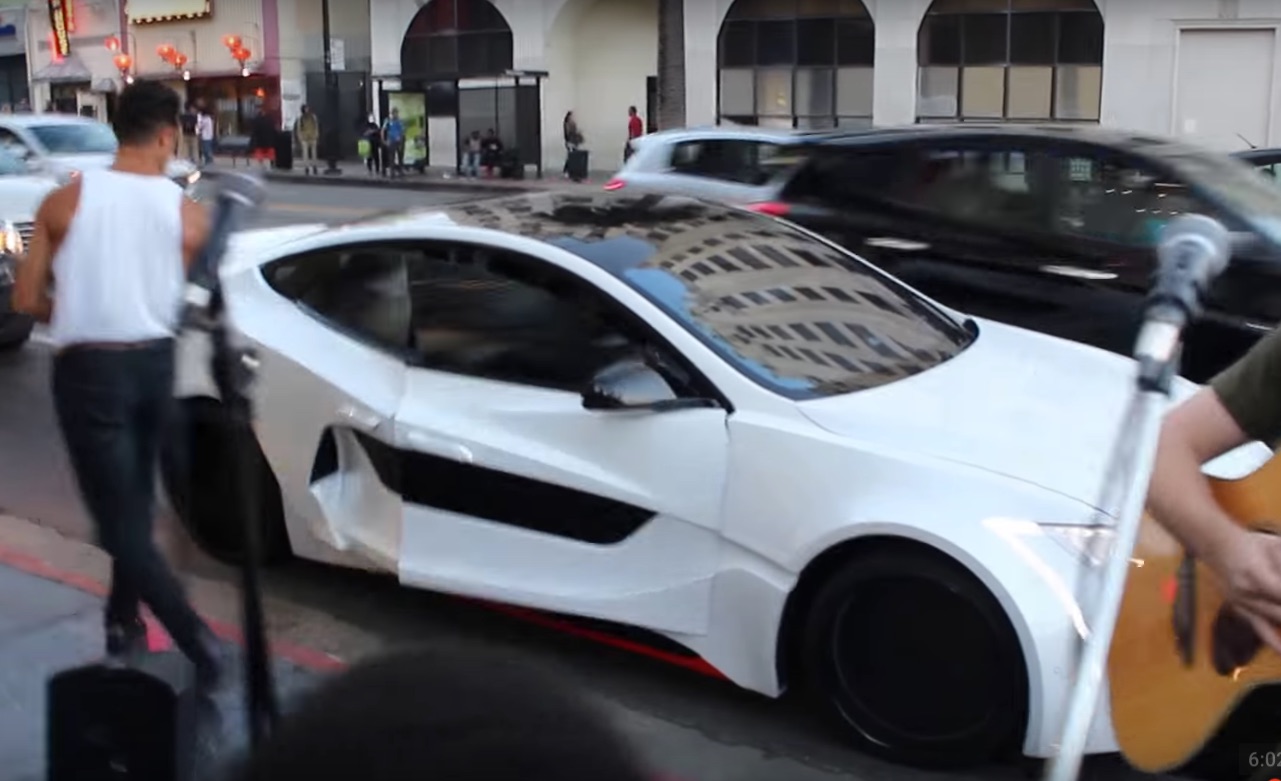 After we ran the story of will.i.am, founding member of the The Black Eyed Peas, being spotted in beverly hills the other night – rather, his crazy tricked out widebody Tesla Model S with suicide doors was spotted – readers sent us video of his vehicle making yet another appearance this time as background prop to a streetside music performance.

The scene was Hollywood and Highland, best known as home to the famed Mann’s Chinese Theater and sacred ground to immortalized footprints, handprints and autographs of legendary Hollywood stars. will.i.am’s IAMAUTO Model S pulls up on a busy Hollywood boulevard after the musician and record producer hears a familiar tune being played by a street performer. The recording artist is seen hopping out of the Model S and joining the crowd of onlookers, presumably caught on camera as an impromptu moment though sound logic makes the video feel more staged, before ultimately joining the street performer in a jam session.

Despite the great performance, admittedly, we were hoping to catch more glimpses of how the suicide doors on will.i.am’s Model S operated. Why? Well, because they’re interesting to look at, and knowing Tesla CEO Elon Musk’s propensity towards over-engineering à la the Model X’s Falcon Wing Doors, it wouldn’t surprise us if the future Model Y compact SUV came with suicide doors. After all, he originally hinted via Twitter that the vehicle may arrive with Falcon Wing Doors but then deleted the tweet.

Suicide doors, nicknamed because the rear-hinged door had a tendency to injure people if struck by oncoming traffic, have become popular in recent years after BMW employed the design on its i3. It’s said that by having suicide doors, ingress and egress to the back row is easier. The design also provides a roomier cabin feel because of the absence of a B-pillar.

You can see the suicide doors on the Model S in action towards the end of the video. But first we suggest you join the other 1.5 million viewers and watch will.i.am’s fun performance with the street performer.