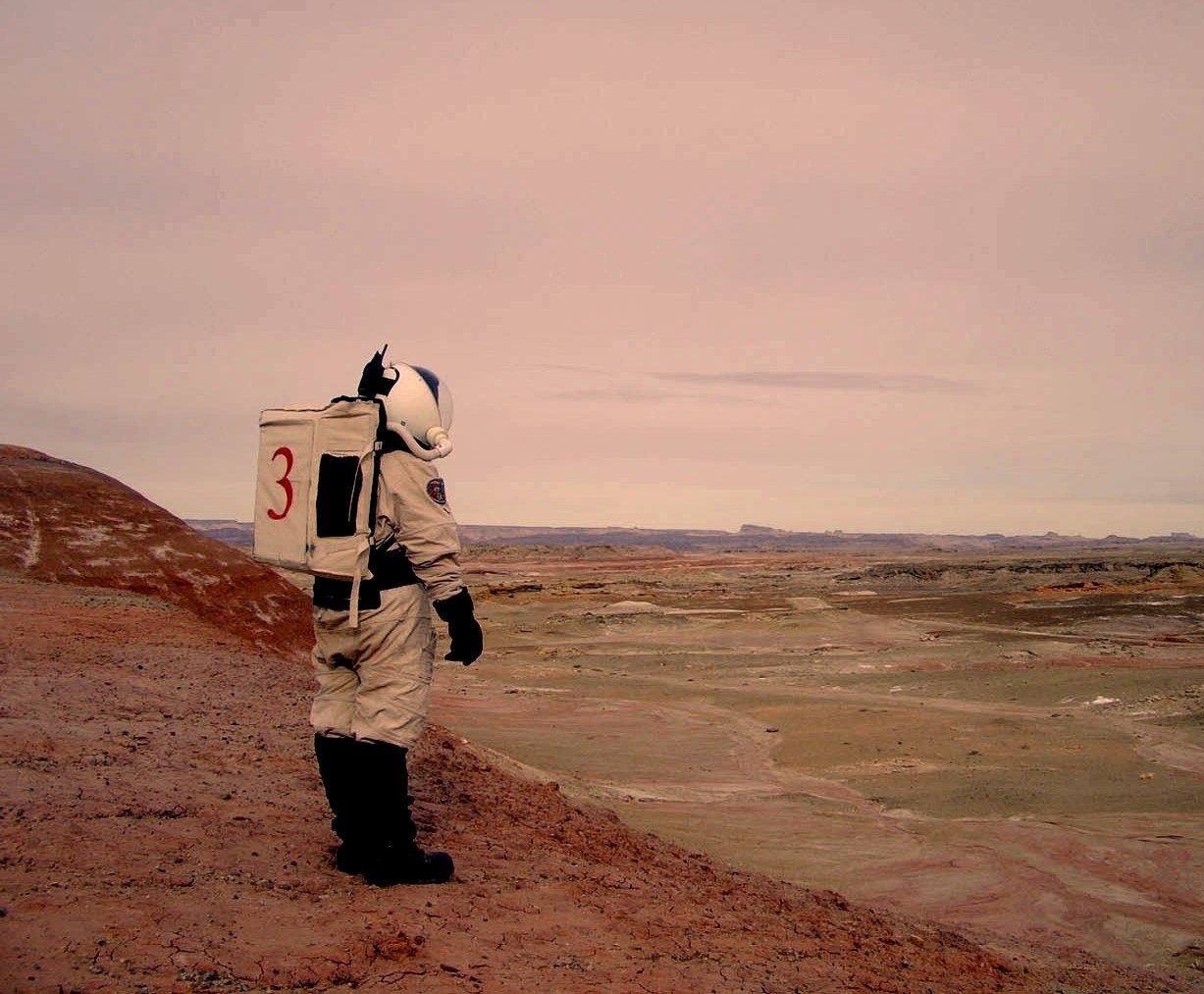 Elon Musk has spoken previously about having a duty to maintain the “light of consciousness” of humanity as the main rationale for multi-planetary habitation, or why we should colonize Mars specifically. It’s a pretty simple concept, really. Eventually the Earth will no longer be able to host human life as we know it, suffering from some sort of malady which will wipe out our species. Pick your poison: Asteroid attack, the Sun’s Earth-engulfing expansion, or even climate change. Something will bring us down, someday, unless we are proactive in our approach to survival.

Unfortunately, facts are fun things that don’t always help with solving problems (and annoyingly so), but it seems there’s also a crowd that doesn’t disagree with the facts and instead questions whether we even “deserve” to respond to them altogether.

In her recent TechCrunch article titled “The Ethics of Colonizing Mars”, Shivika Sinha cited Elon Musk, NASA, and the progress being made towards Mars and then asked the question, “Do humans deserve to be multi-planetary?”

Her argument framed capitalism and consumerism as co-conspirators of our modern societal woes, and her conclusion was that we need to change our “parasitic” ways before exporting them to other planets in the universe. The whole argument was really just the human-shaming version of “fix Earth first”, a common objection to deep space colonization.

As a perfect, imperfect example of one of billions of humans on this planet, I will quite willingly admit that we are not a perfect species; however, I don’t understand why there’s so much guilt felt for merely existing in certain sects of society. It’s your choice whether to like who you are, but remember that you cannot live without living. You cannot stop pursuing the long-term survival of the species simply because you do not approve of its current state. Why aspire to be more if we are telling ourselves we are not even good enough to be such?

Behavior takes time to adjust. We do not live in a controlled, variable-limited scientific model society wherein our survival mechanisms are neatly categorized into “good” vs. “bad” choices. And more still, since when did survival become a question of worth? Many of humanity’s greatest accomplishments in societal evolution have been those which expand the ability to survive. Indeed, a huge part of compassion in our value system is the belief that everyone has the right to a life that is so much more than simply surviving. Given the consequences of not eventually going to colonize another planet, how does the logic compute that our species is suddenly not worthy of existence whatsoever?

Sinha points to the flaws in our system which are in contradiction with the natural world, destroying it specifically, yet she doesn’t credit the source of the flaws to begin with: That same natural world. We were born in it, raised in it, and learned to survive based on those experiences. Somewhere along the line, we developed consciousness as a result of that process of surviving. We didn’t suddenly arrive on a beautifully balanced Earth ecosystem and begin sucking resources to feed our ravenous appetites. We fought hard to get here, and as an evolved species of this planet, we have the right to fight to continue to survive – just as every other living creature on Earth has done.

But that’s not the line of discussion I wanted to flesh out here.

Instead, I’d like to suggest that multi-planetary habitation is actually quite compatible with Sinha’s (and others like her) perspective because colonization is more than just a survival plan: It’s a tool for evolving our consciousness towards a value system which includes “conscious consumerism” by default.

We evolved with the resources available in our Earth environment, and we’ve often taken them for granted because they were always there and available to us. When we take our species to colonize Mars, we will be doing just the opposite by transforming its environment to provide resources we need to survive. The very act of creating an environment fit for our survival will transform us into hyper-aware custodians. Every resource will be valued right down to the tiniest amounts measurable because even the most minute amounts will be important. Every action we take will have reactions that we must carefully calculate if we hope to survive.

Taking the human race into deep space is so much more than “exporting” our consumerism once we’ve outgrown its birth place. It’s evolving who we are, increasing our awareness, and forcing us to understand the environments we will depend on and cannot risk taking for granted. We will be conscious of every choice we make as a matter of survival, and those lessons we learn in the early days of exploration will set the stage for the next phase of human colonization.

In the end, I think we’re all on the same page as far as long-term “colonize Mars” goals. The difference is simply in perspective. Taking our species to places like Mars isn’t an act based on some sort of contrived selfishness. It’s answering something we’ve had calling to us since the beginning of time: The stars. We came from them, and it’s to be expected that eventually we will want to return. Mars is the next step.