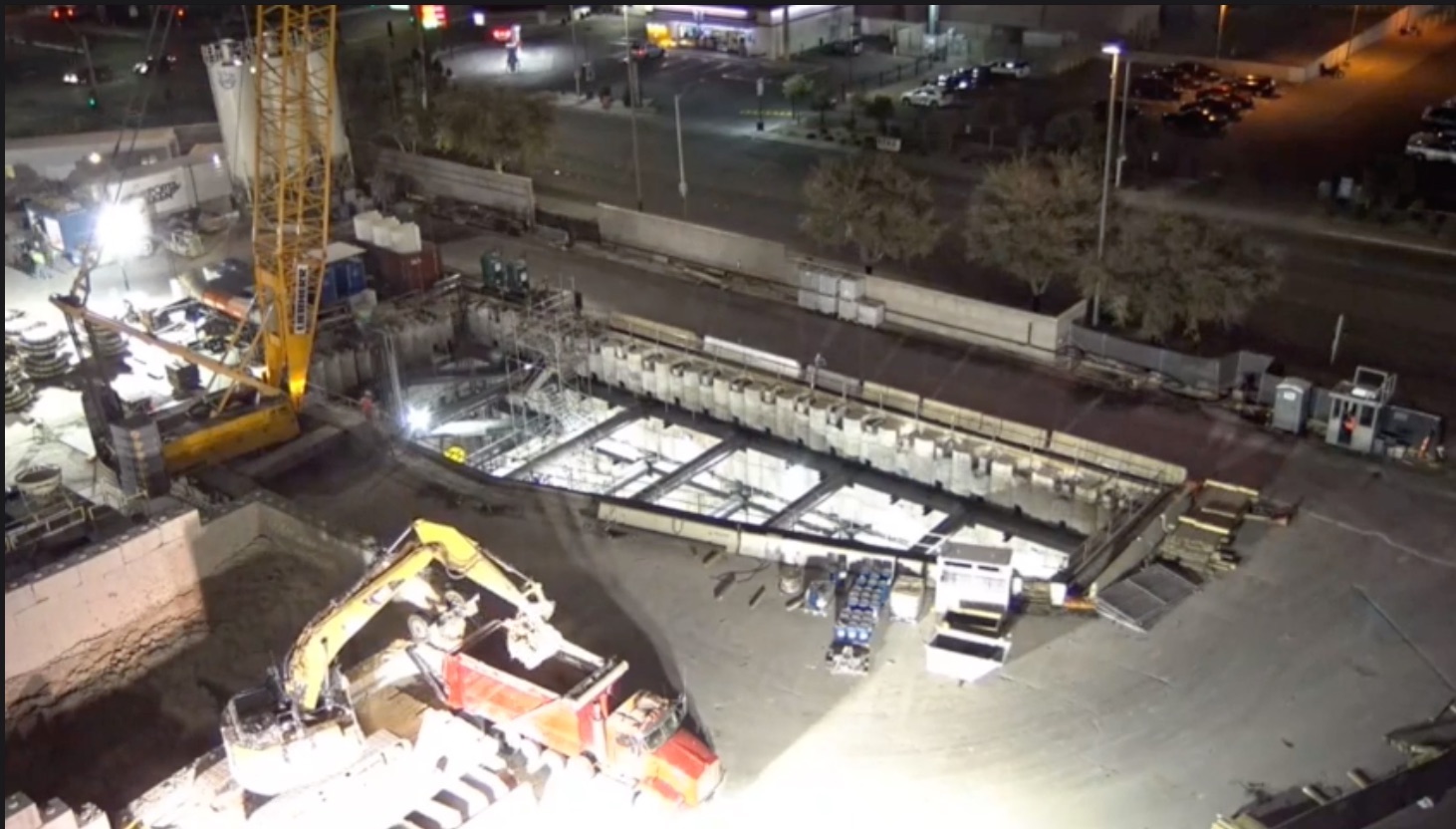 Elon Musk’s The Boring Company has surpassed 65% completion on its Las Vegas tunnel project. A timelapse video taken at the project site shows the company’s Tunnel Boring Machine (TBM) has picked up the pace and has now dug 2,900 feet for the first tunnel of the Las Vegas Convention Center.

The video shows how the earth excavated from the tunnel is being lifted into loading-trucks, which then transfer the soil to another location. Once the earth is removed, wall panels are hoisted.

Drilling for the two-tunnel Vegas Loop transportation system began in November last year and is part of the $810 million renovations and expansion of the Convention Center.  Local media outlet News 3TV reports that the expansion project is around 65 percent complete, putting it right on schedule for the opening of CES in January next year.

The first tunnel, which is situated right underneath Paradise Road, is about the length of eight football fields right now. Once the Las Vegas Loop is complete, it will connect the Convention Center to important locations in the city, including the McCarran International Airport, the Strip, and downtown Las Vegas, among others.

It also aims to cut down travel time from one end of the renovated Convention Center to the other end. Currently, it would take 45 minutes for one to walk the entire distance of the expanded campus. However, using the Vegas Loop will significantly cut down travel time to just two minutes, according to convention head Steve Hill. Around 4,400 people are expected to use the underground transportation system per hour.

The speed with which Boring Company has been working may be attributed to Line-Storm, its second-generation hybrid TBM that has been touted to be twice as fast as Godot, the original drilling machine. At the rate Line-Storm is going, it is expected to complete drilling the first tunnel by March and the second tunnel by May. The Convention Center previously announced that digging for the first tunnel was halfway through completion in mid-January.

The Vegas Loop is not the first project of its kind. The Boring Company has successfully completed a private test tunnel in Hawthorne, CA to be used for developing new tunneling and transportation technologies. However, the $52.2 million people mover in Las Vegas will be the first to be available for public use. Other Boring Company projects include the Dugout Loop in LA, the Express Loop for the O’Hare International Airport in Chicago, and a Loop connecting Washington D.C. and Baltimore.