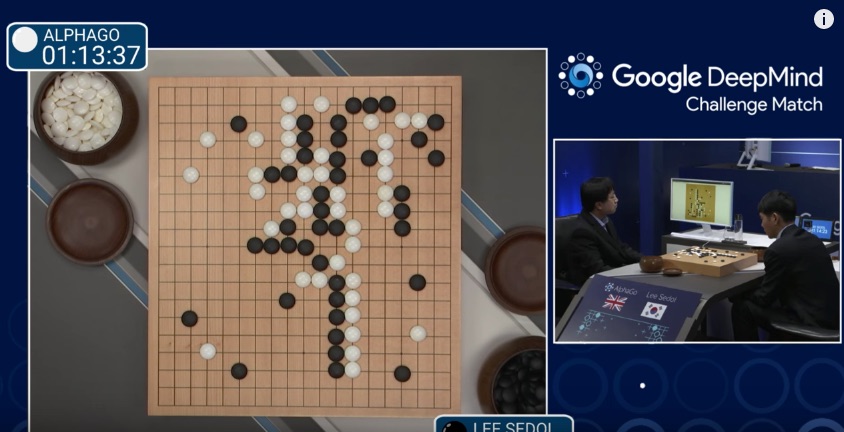 Elon Musk has tweeted congratulations to Google DeepMind, whose AlphaGo program won the first round of a competition against Go grand master Lee Sodol this week.

Google DeepMind, the artificial intelligence division of Alphabet, has swept grand master and current Go world champion Lee Sedol 3-0 in a historic battle of AI vs human. Go an ancient Chinese board game that traces its origins back nearly 3,000 years is said to be much harder to master than chess

Because of Go’s simple rules combined with a large combination of possibilities, the game has been a popular subject for AI research since many believe that it was impossible for computers to play Go at a world-class levels.

The victory over Lee Sedol was recognized by Elon Musk who tweeted, “Congrats to DeepMind!”.

Congrats to DeepMind! Many experts in the field thought AI was 10 years away from achieving this. https://t.co/5gGZZkud3K

Musk is keenly aware of the promise and pitfalls of artificial intelligence, calling it “potentially more dangerous than nuclear weapons.” He shared some of his ideas on AI with the audience at the GPU Technology Conference last year. He also co-signed a letter last year warning of the potential dangers of AI. Stephen Hawking and many other experts in the field joined Musk as co-signers as well. Musk is particularly concerned about the boundless destruction that AI enabled weaponry could visit upon the world and its people.