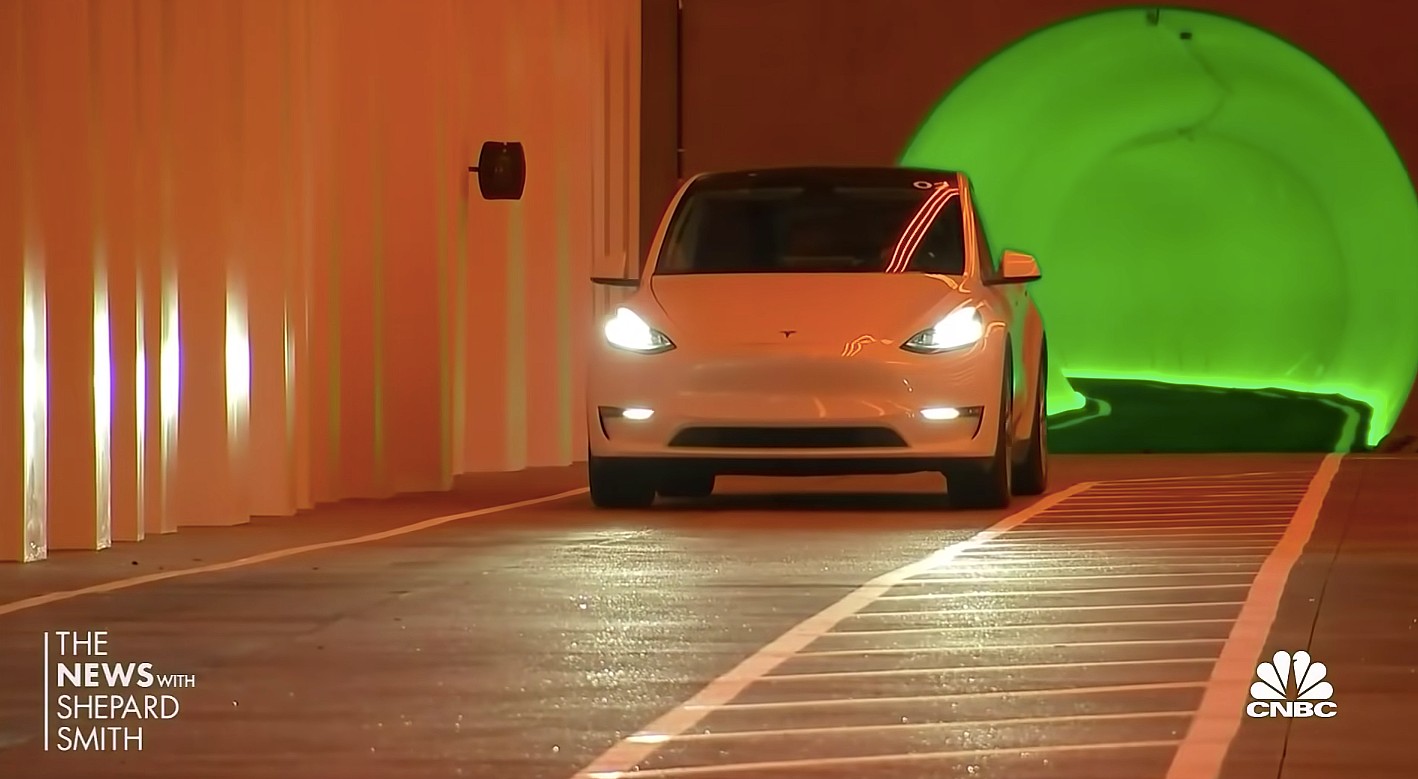 The Boring Company’s Las Vegas Convention Center Loop is now complete, and the first batch of videos of the low-cost underground transport system in action have been shared online. The videos, while brief, provide a glimpse at the potential of Elon Musk’s tunneling startup, which was created as a means to battle “soul-crushing” traffic aboveground.

The LVCC Loop serves as a good proof-of-concept for the tunneling startup, considering that the tunnels are relatively short and easy to complete. The Boring Company was able to finish and set up the Tesla-based underground transport system in less than two years, and this was despite the onset of the pandemic last year.

So far, the LVCC Loop is capable of handling 4,400 people an hour with 62 Teslas, all of which are still operating with a human driver to maximize safety. Eventually, however, the LVCC Loop would employ autonomous Teslas and likely operate faster than the system’s current 35 mph speeds. This should allow the LVCC Loop to handle significantly more passengers per hour.

In an interview with the Las Vegas Review-Journal, Steve Hill, president and CEO of the Las Vegas Convention and Visitors Authority, remarked that the LVCC Loop would eventually be using higher-capacity vehicles. Hill hinted at 16-passenger units that would eventually be rolled out for public use, though he did not disclose when the vehicles would be delivered and deployed. “It seems that during a pandemic is not the time to be increasing capacity,” he said.

The LVCC Loop currently features three stations, one near the entrance of the Las Vegas Convention Center’s Central Hall and two other aboveground stations at the two ends of the Loop. Paved ramps are in place for the Teslas to climb to the surface for aboveground loading on the Loop’s east and west sides. Details about how the system would accommodate large numbers of passengers have not been shared, though Hill mentioned that the system would use an app that would allow visitors to hail a Tesla.

Two of the three @boringcompany stations at the Convention Center Loop are above ground. To reach the underground Central Station guests must take an elevator/escalator below ground. #vegas #elonmusk #boringcompany pic.twitter.com/d9TgsJ6N7H

The LVCC Loop cost about $52.5 million to complete, making it relatively affordable. During the bidding process for the project, The Boring Company’s Loop system proved far cheaper than an aboveground transit system proposed by Austria-based Doppelmayr Garaventa Group, which was initially estimated to cost $215 million to complete. Despite Las Vegas Convention and Visitors Authority board member Carolyn Goodman arguing that Doppelmayr’s aboveground transit system could be brought down to $85 million, The Boring Company’s LVCC Loop was still 39% cheaper.

Watch a feature on the LVCC Loop in the video below.