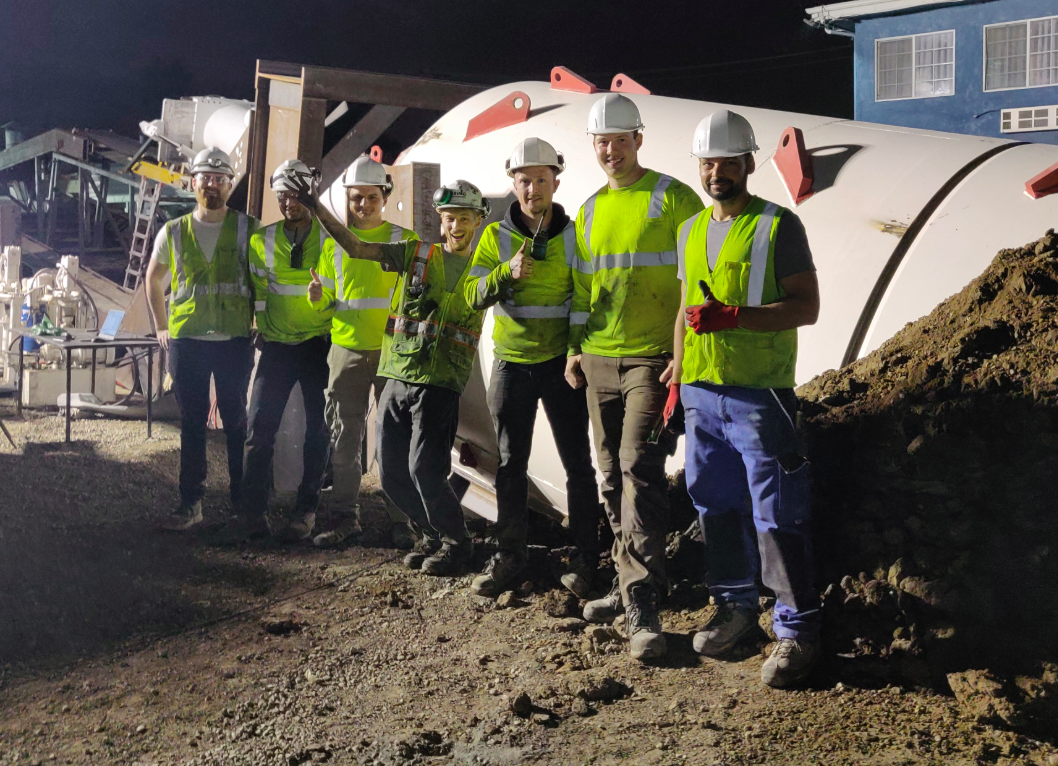 As it turns out, Elon Musk’s tunneling startup, The Boring Company, has just completed and perhaps even deployed its custom-designed tunnel boring machine. The new digger features several innovations, and it could very well accelerate Musk’s vision of ultra-high-speed tunnels transporting vehicles and people through a vast network of tunnels underground.

The brief announcement was shared by the official Boring Company Twitter handle. The post was simple, showing a group of employees smiling in front of a tunnel boring machine that seems poised to start digging. In the tweet’s description, the startup posted the words “Prufrock is alive.”

This could very well be the biggest news to come out from the Boring Company since Elon Musk and TBC Head Steve Davis held an information session about the tunneling startup and its technologies at the Leo Baeck Temple in Los Angeles, CA back in May 2018. This is because unlike traditional tunnel boring machines (TBM), Prufrock is custom designed by The Boring Company, and it is expected to be capable of digging far quicker than its conventional counterparts.

The Boring Company started with Godot, a traditional boring machine that pretty much functions like a regular TBM. Godot is believed to be the boring machine that created the Hawthorne test tunnel, and while it works just as well as a TBM could, it is also immensely slow. Following Godot, the Boring Company designed Line-Storm, a TBM that is essentially a heavily modified conventional boring machine. In terms of speed, Line-Storm is capable of at least digging twice as fast as a traditional TBM like Godot.

But Godot and Line-Storm are just the beginning. During The Boring Company’s information session, Elon Musk and Steve Davis talked about a third tunneling machine. This machine, called Prufrock, is entirely designed by the startup, and it is expected to dig about 10-15 times faster than traditional boring machines like Godot. That’s a notable improvement over conventional diggers, and it has the potential to revolutionize tunneling technology in one fell swoop.

Elon Musk described each of the Boring Company’s TBMs as follows.

The Boring Company is involved in several projects, from the Dugout Loop in CA to the Las Vegas Convention Center tunnel in Nevada. Among these, the LVCC loop seems to be the most active, though the startup has not announced which of its machines had been deployed on the site. Considering that the TBM managed to complete the first of its two tunnels already, perhaps the machine digging under Las Vegas today is Line-Storm. As for Prufrock, the project where it will be deployed for the first time will likely be incredibly lucky.

The Boring Company’s potential disruption, after all, largely depends on how fast it could construct tunnels in a safe and efficient way. As noted by Elon Musk, this has a lot to do with the speed of TBMs themselves, as regular diggers move at a fraction of a snail’s pace. If The Boring Machine could at least match the speed of a snail, then a transport tunnel’s turnaround time would be drastically lower. This, of course, opens the doors to more tunnels being built, effectively ushering in Elon Musk’s vision of an ultra high-speed, underground future.