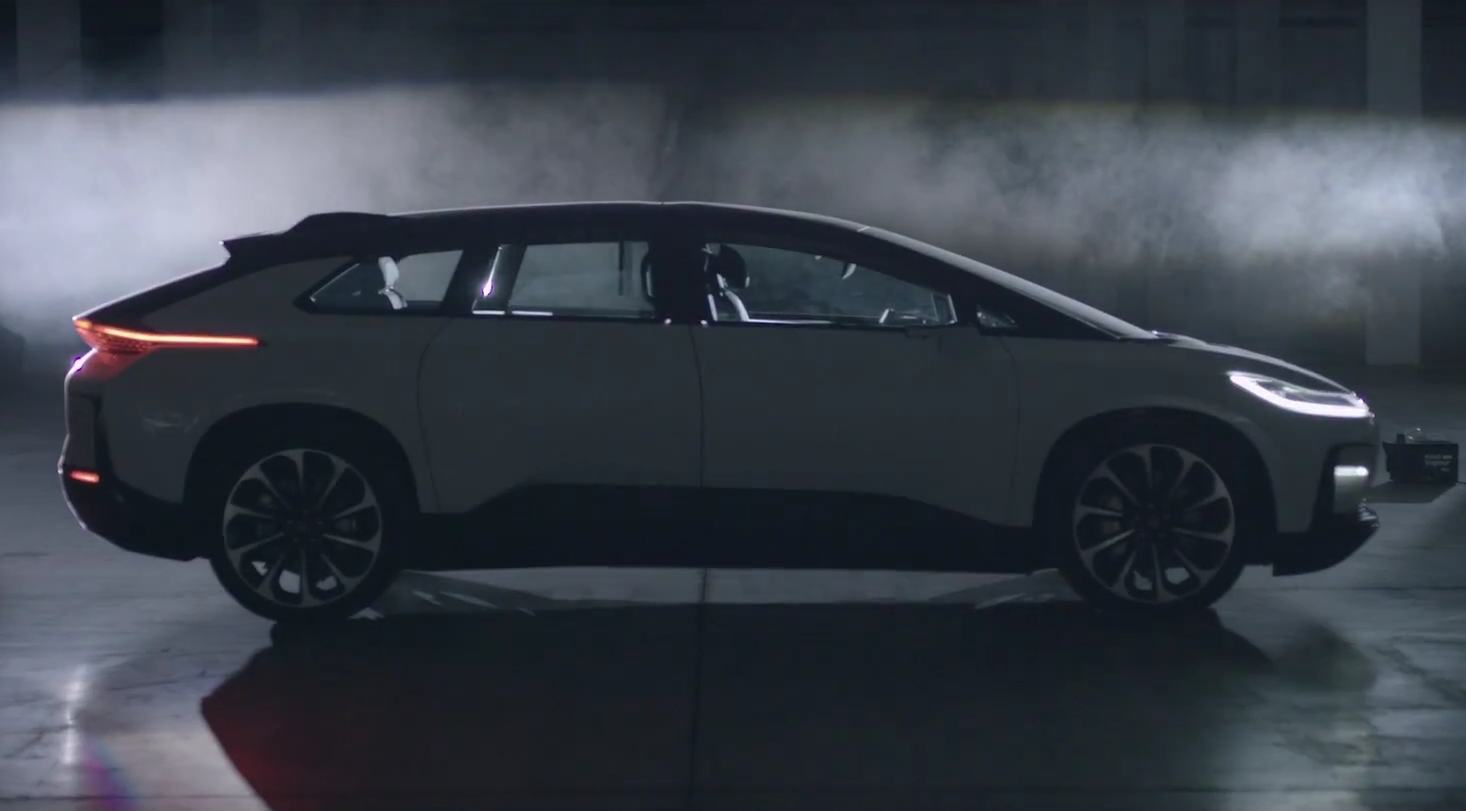 Amidst news of troubles with a major financial backer, Faraday Future has published another teaser video for its first vehicle, the FF 91 all-electric SUV. Seemingly addressing its current challenges, the electric car startup pledged that it would always be moving forward, one step at a time, as the company pushes to bring its first vehicle to the market.

With ongoing issues with a key investor, Faraday Future is reportedly fighting to stay afloat once more. According to recent reports, Faraday Future is implementing pay cuts across the company, with some employees receiving a 20% reduction to their hourly wages. Several members of Faraday Future’s management team have committed to take pay cuts that are larger than 20% as well, and CEO Jia Yueting has reportedly pledged to decrease his salary to just $1.

The pay cuts come as Faraday Future’s CEO battles with the company’s main investor, Evergrande Health, a subsidiary of property developer China Evergrande Group. Evergrande swooped in late last year with a $2 billion pledge to save the electric car startup and help bring the FF 91 luxury SUV to market.

An email from Faraday Future’s management, which was retrieved by The Verge, notes that the pay cuts are temporary, and that salaries will be restored once funding is secured. That said, the company had already begun laying off some of its employees to help keep Faraday Future afloat nonetheless.

“The company is committed to monitoring its finances and will reevaluate this decision with the goal of restoring salaries once funding is available,” the email reportedly read.

When Evergrande stepped in to save the company last year with its $2 billion commitment, the investor got a 45% stake in the company. Evergrande gave the first installment of $800 million at the beginning of 2018, but by the middle of the year, the entirety of the funds had already been spent. The Faraday Future CEO later attempted to get the board of directors to approve an advance of $700 million more, and when Evergrande refused, Jia took the case to HK Arbitration Center. In a blog post earlier this month, Faraday Future claimed that Evergrande failed to make any payments beyond the original $800 million.

“Contrary to what Evergrande has told the press and its shareholders, neither FF’s CEO YT Jia nor anyone else “manipulated” the board of Evergrande in reaching these agreements. In agreeing to bring a portion of its payments forward to 2018, Evergrande had a full understanding of why the funds were needed, and when they were needed, in order to achieve production and delivery of FF 91 in 2019.

“But contrary to what has been reported, Evergrande failed to make any of the promised additional payments beyond the original $800m investment, despite FF and its CEO complying with their obligations and meeting all required conditions for funding under the July 2018 agreement. Instead, Evergrande held the payments back to try to gain control and ownership over FF China and all of FF’s IP. At the same time, Evergrande is preventing FF from accepting any immediate financing from other sources.”

Faraday Future has made some progress over the years. This past August, the electric car startup was able to build a pre-production version of the FF 91, its first luxury SUV. The FF 91 is a luxury SUV with a 0-60 mph time of 2.4 seconds, a 130 kWh battery pack, and an estimated range of 289 miles per charge. The vehicle also includes LiDAR for self-driving capabilities and four-wheel steering for impressive maneuverability.

Watch Faraday Future’s latest FF 91 teaser in the video below.