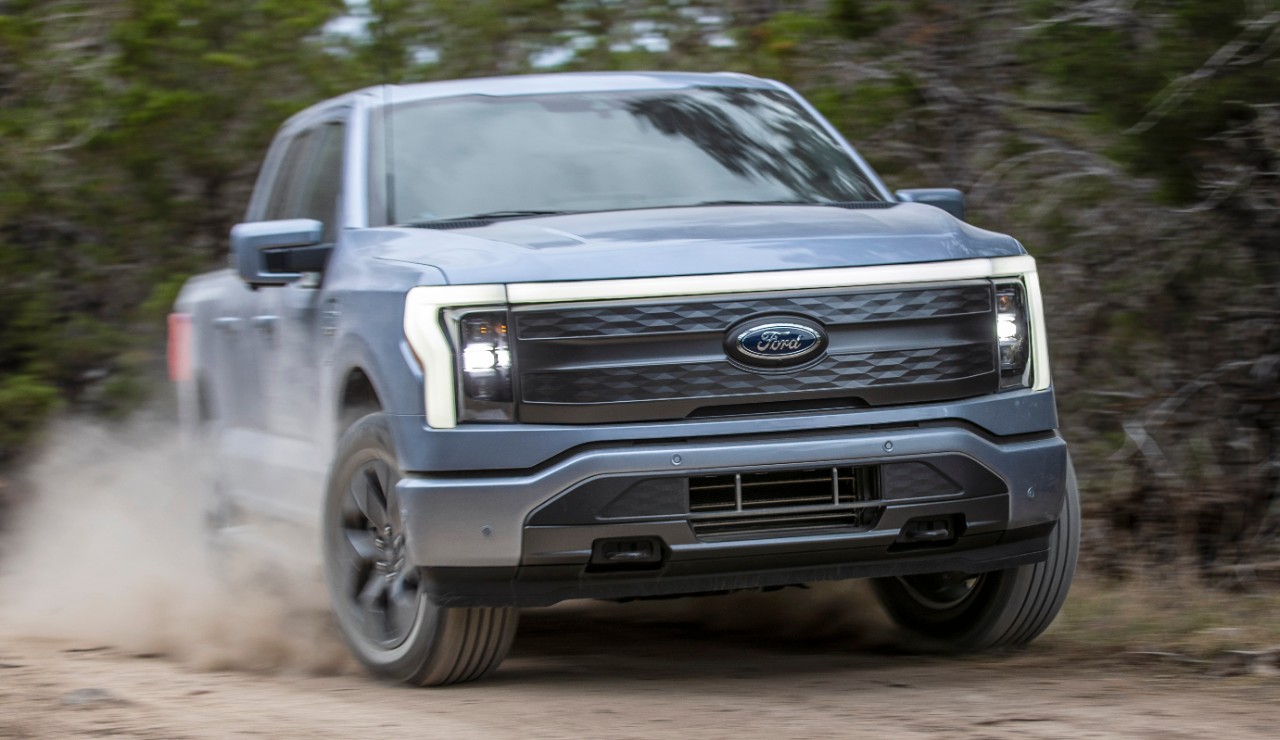 The Ford F150 Lightning has been awarded Edmunds’ “Top Rated Electric Truck of 2023” award ahead of a massive production upgrade planned for this year.

Considering the continuing fanfare surrounding the Ford F150 Lightning since its launch only a year ago, it should be no surprise that it took Edmunds’ top-rated electric truck award. At the same time, Ford’s gas F150 was also rated the top truck of 2023. And these awards couldn’t come at a better time as Ford hopes to garner new demand as it massively upgrades EV production this year.

There aren’t exactly a ton of electric truck options on the market right now, but it should be noted that the Ford F150 Lightning is consistently beating its Rivian R1T rival in reviewer awards. As seen with previous awards, Edmunds found that the F150’s capability, price point, and availability were simply a cut above the Rivian offering.

One contributor succinctly stated, “The F-150 Lightning is Ford’s Tesla Model S moment. I can’t think of another EV that has more appeal for so much of the U.S. market. But the best part is [the truck is] excellent. Those who aren’t convinced on first blush just need to live with the Lightning for a week to see just how big of a step forward this thing is.” Edmunds’ review concluded that the Lightning “makes for an easier transition into electric vehicle ownership and is more affordable for more people than competitors.”

But beyond this two-pony race, Ford is doing what it does best with F150s, aiming to make as many as humanly possible.

Ford has set the goal of reaching a production rate of 150,000 annual units, and to achieve that, it is making some sizable changes. Most notably, Ford is currently working on expanding its Rouge production location, which has specialized in Lightning production. Simultaneously, the American automaker continues to construct its largest new production center, the Blue Oval City in Tennesee.

On top of its production expansion, it is working with partner SK On to construct its first-ever battery production location in Kentucky. A plant that should help the legacy automaker reduce its dependence on suppliers and help it conquer the shortages which plagued many of its model lines in the final quarters of last year.

Ford sees what is on the horizon; competition. Tesla, General Motors, and Dodge are all rushing towards producing their electric trucks in the coming year(s), and if Ford wants to hold onto its lead, it will have to ramp production aggressively. And while awards like the one given by Edmunds today are well earned, the company will likely only have to work harder as its competition enters the market.