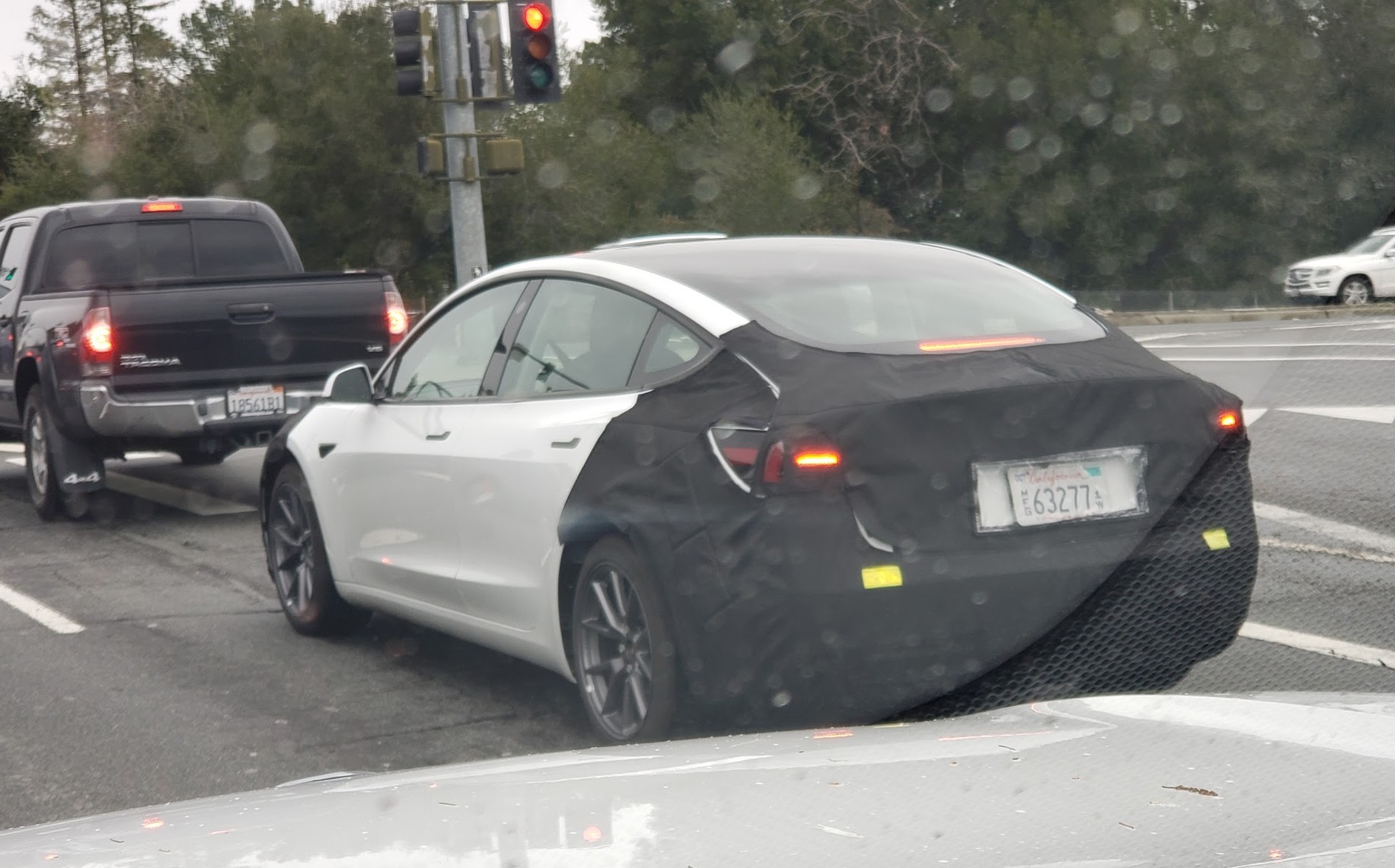 A Tesla Model 3 that could potentially be a part of the company’s revamped program codenamed “Project Highland” was spotted testing on roads recently.

In late November, it was revealed Tesla was developing a revamped Model 3 under the codename “Project Highland.” Reports indicated that Tesla was looking to revamp several key elements of the mass market sedan, including a simplification of vehicle components, infotainment, and others.

Expected to roll off Tesla production lines in Q3 2023, redesign prototypes are already being spotted in public. In early December, one was spotted in a parking garage in Santa Cruz, California, sporting several covers across the front bumper, hood, front quarter panels, trunk, rear bumper, and rear quarter panels.

Now, what appears to be the same test vehicle was spotted on roadways in California, equipped with the same car covers just a few days ago.

The vehicle photo was shared on the r/TeslaMotors subreddit by member u/the_frog_said. It appears to be the same Model 3 spotted in the Santa Cruz parking garage, sporting the same license plate.

The exterior design of the Model 3 appears to be unchanged, but as Reuters said in its initial report, the vehicle’s internal parts and infotainment appear to be what Tesla is focusing on.

Despite the initial reports being spotted in November, Teslarati revealed Project Highland has actually been in motion since mid-2022, as filings at Tesla’s Fremont Factory in Northern California showed the automaker was refining the plant for the redesign.

Tesla is holding an Investor Day in March, and the company stated it would detail its next-generation platform, which some have speculated could involve Project Highland.