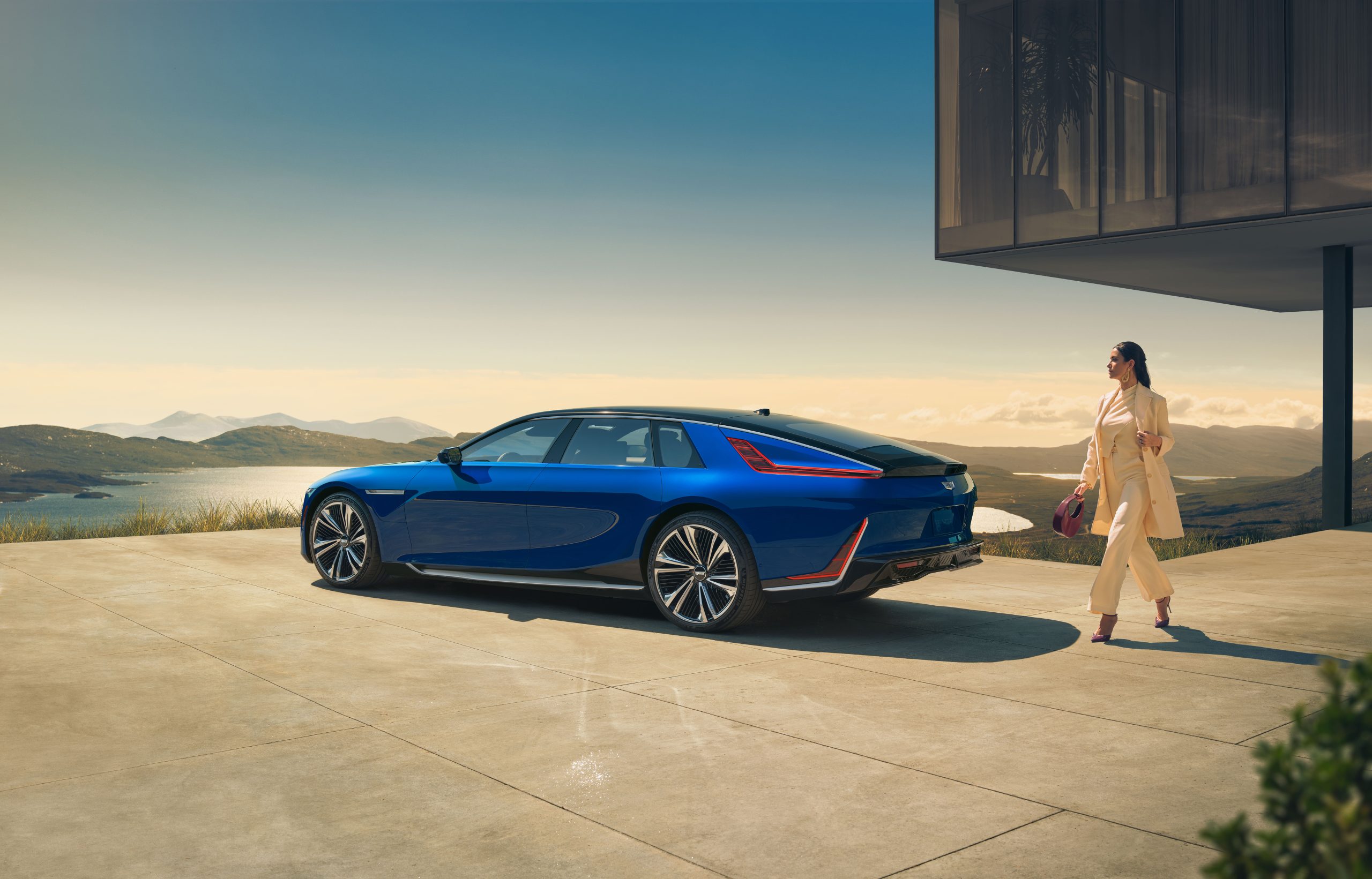 GM unveils Cadillac Celestiq, an 18-foot behemoth that starts at over $300,000

Cadillac CELESTIQ rear driver’s side 7/8 view with a woman walking toward the vehicle.

General Motors (GM) has unveiled the Cadillac Celestiq, a flagship, all-electric “halo car” designed to take on the likes of the world’s premier ultra-luxury car makers. Filled to the brim with tech and premium materials, the Celestiq is GM’s most ambitious electric yet, and it is evident in the vehicle’s starting price of over $300,000.

The Celestiq is a behemoth of a luxury car, 18 feet long and seven feet wide, making it larger than a Cadillac Escalade SUV. The vehicle is powered by a 111 kWh battery pack that’s capable of up to 200 kW charging and 300 miles of range. It’s also capable of going from 0-60 mph in 3.8 seconds, which, while not as quick as smaller rivals, is impressive for such a massive car.

For its starting price of $300,000, buyers of the Cadillac Celestiq can expect to receive a vehicle that Rory Harvey, global vice president of Cadillac, described as a “brand builder.” Its interior features a 55-inch diagonal screen that spans the front cabin, a “smart glass roof,” and Ultra Cruise, the successor of GM’s Super Cruise system, among others. The interior also includes 115 3D-printed parts.

Considering the Celestiq’s starting price, customers would be able to customize practically every part of the vehicle. Buyers could also be assured that their Celestiq is completely hand-built, with Cadillac only building a couple or so units per day. Brandon Vivian, Celestiq executive chief engineer, noted that the vehicle is a celebration of a client’s individuality.

“When we started this process, the brief then we gave to the team was to develop the most epic Cadillac ever. But the result is a vehicle unlike any other… It’s a custom-commissioned celebration of the client’s individuality,” Vivian said.

But while the Cadillac Celestiq is impressive, it is entering a market that is already filled with rivals that offer more performance or nearly comparable luxury at a lower price. The Tesla Model S Plaid blows the Celestiq’s raw performance out of the water for a fraction of its cost, and the Lucid Air Grand Touring offers far more range and similar traditional luxury amenities for a lower price.

In fact, with the Celestiq starting at $300,000, a buyer can purchase a Tesla Model S Plaid with a 1.99-second 0-60 mph time and a Lucid Air Grand Touring with 516 miles of range and still have some money left over. As of writing, the Tesla Model S Plaid can be purchased for $140,490 with its performance-oriented 21″ Arachnid Wheels, while the Lucid Air Grand Touring Dual Motor can be bought for $154,000. These two vehicles combined still cost less than the starting price of the Cadillac Celestiq.

However, if GM can pull off the Celestiq, the veteran automaker can end up taking a spot beside the world’s most notable ultra-luxury automakers like Bentley and Rolls-Royce. As to whether Cadillac has what it takes to accomplish this goal, only time will tell.

Production of the Cadillac Celestiq is expected to start December next year.

GM unveils Cadillac Celestiq, an 18-foot behemoth that starts at over $300,000