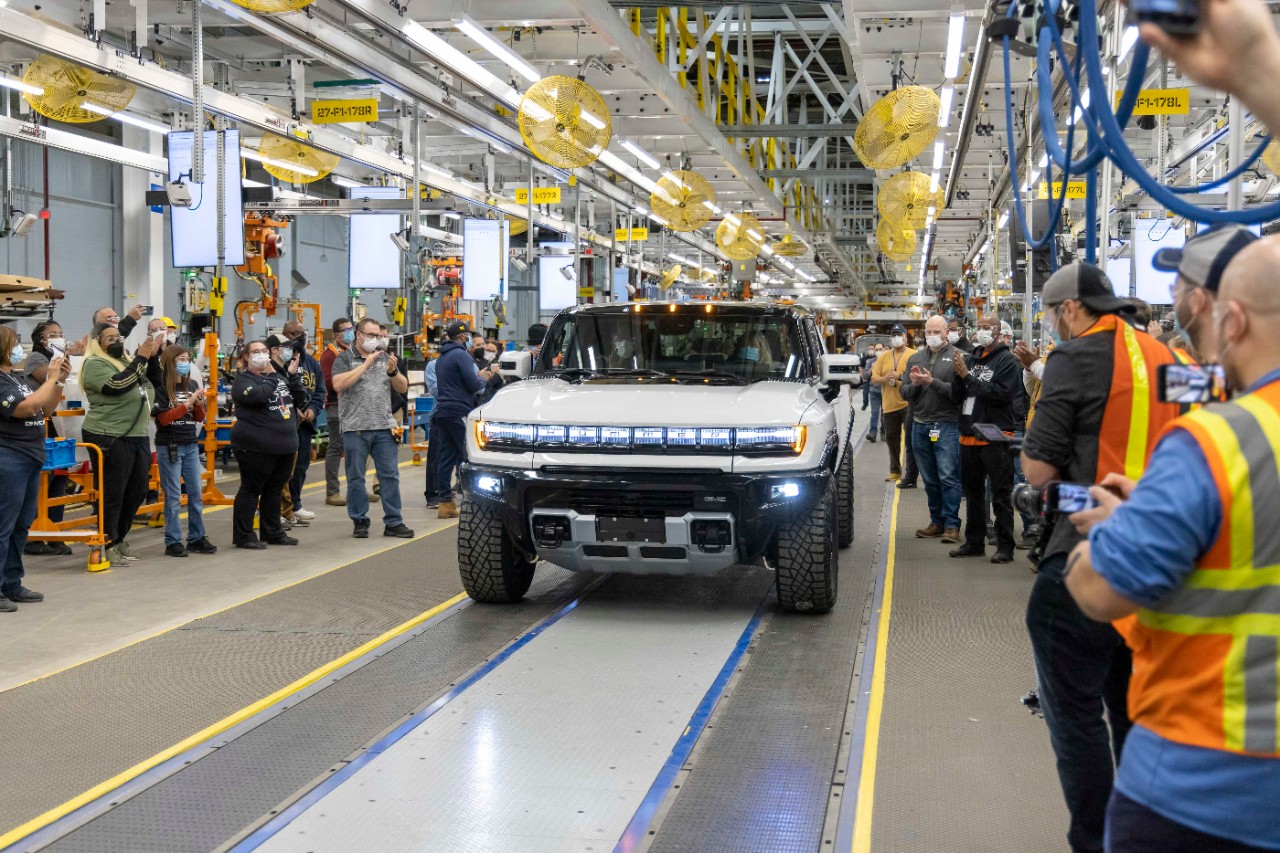 General Motors said it would pause production of the GMC Hummer EV for several weeks, starting in late November, to complete upgrades on its Factory ZERO plant in preparation for a massive electric vehicle push in 2023.

GM said it would pull ahead body shop upgrades and other steps to help the automaker prepare for a major push in electric vehicle production next year. GM plans to increase the production capacity of its currently offered EVs, including the Chevrolet Bolt, from 44,000 to 70,000 vehicles annually while also making way for new models. General Motors stated in a press release that it planned to make these changes in response to growing demand:

“To respond to growing demand, GM is pulling ahead body shop upgrades at Factory ZERO for the Silverado EV and taking other steps to prepare to scale EV production in 2023. While the work is underway, GM will pause production of the GMC HUMMER EV Pickup for several weeks starting in late November.”

General Motors will ramp production of several electric vehicles that have been in development and are set to enter initial manufacturing next year. The company plans to launch Silverado EV production sometime next year, with the Chevrolet pickup’s electric version amassing over 170,000 total reservations thus far. The Hummer EV still has 90,000 reservations, although the vehicle has been in production for nearly a year but has not yet reached reasonable production levels. Finally, the Bolt EV and Bolt EUV are both accumulating demand far past what GM can handle, it said this morning, but production is set to increase significantly.

Chevrolet will also launch the Blazer and Equinox EVs next year, and Cadillac will increase production of the LYRIQ in Q4 compared to Q3, it said.

GM stopped accepting reservations for the Hummer EV in September and has struggled to ramp production. In July, it was reported that GM had only ramped Hummer EV production to 12 units per day. As GMC was an early entrant into the EV pickup market, it missed out on an opportunity to capture many consumers who were interested in having an electric truck before many competitors entered the market. While the Rivian R1T was the first to market, the Hummer EV was second, beating the F-150 Lightning from Ford and the Lordstown Endurance, which entered commercial production last week.