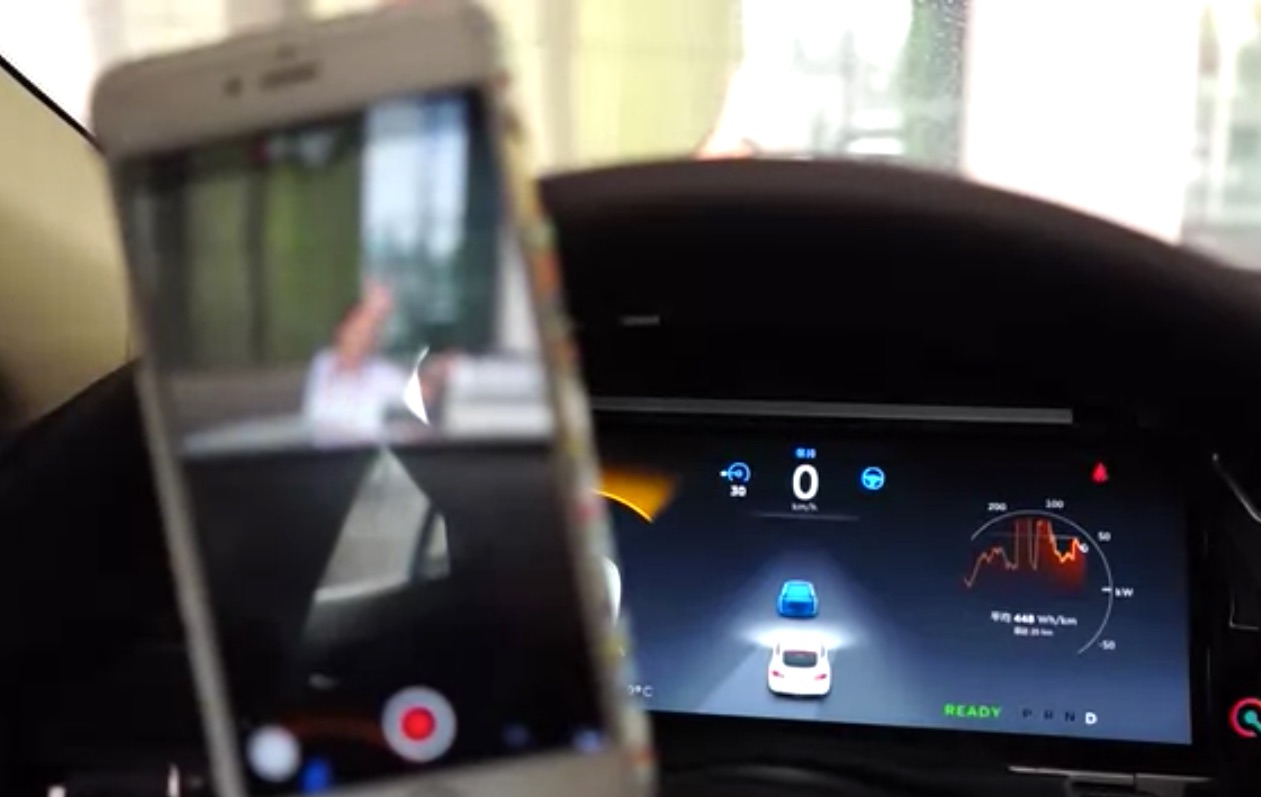 A team of researchers have found a way to exploit Tesla’s Autopilot sensors by fooling it into believing objects are not present when in fact they are, and vice versa. Engineers from Chinese security firm Qihoo 360, a firm that was previously awarded $10k by Tesla after winning a competition to uncover security holes in the Model S, in conjunction with researchers from the University of South Carolina and China’s Zhejiang University demonstrated their ability to create jamming devices capable of altering signals detected by Tesla’s Autopilot suite of radar and ultrasonic sensors.

In a series of videos published on Wired via The Scene, researchers placed purpose-built radio equipment on a cart directly in from of a Tesla Model S in order to simulate a vehicle’s presence. With the signal generating “jamming device” set to an off position, the ubiquitous blue Tesla-imagined vehicle appears on the instrument cluster. Once the researcher turned on the jamming device, the virtual vehicle previously detected by the Tesla Autopilot sensors suddenly disappears from screen.