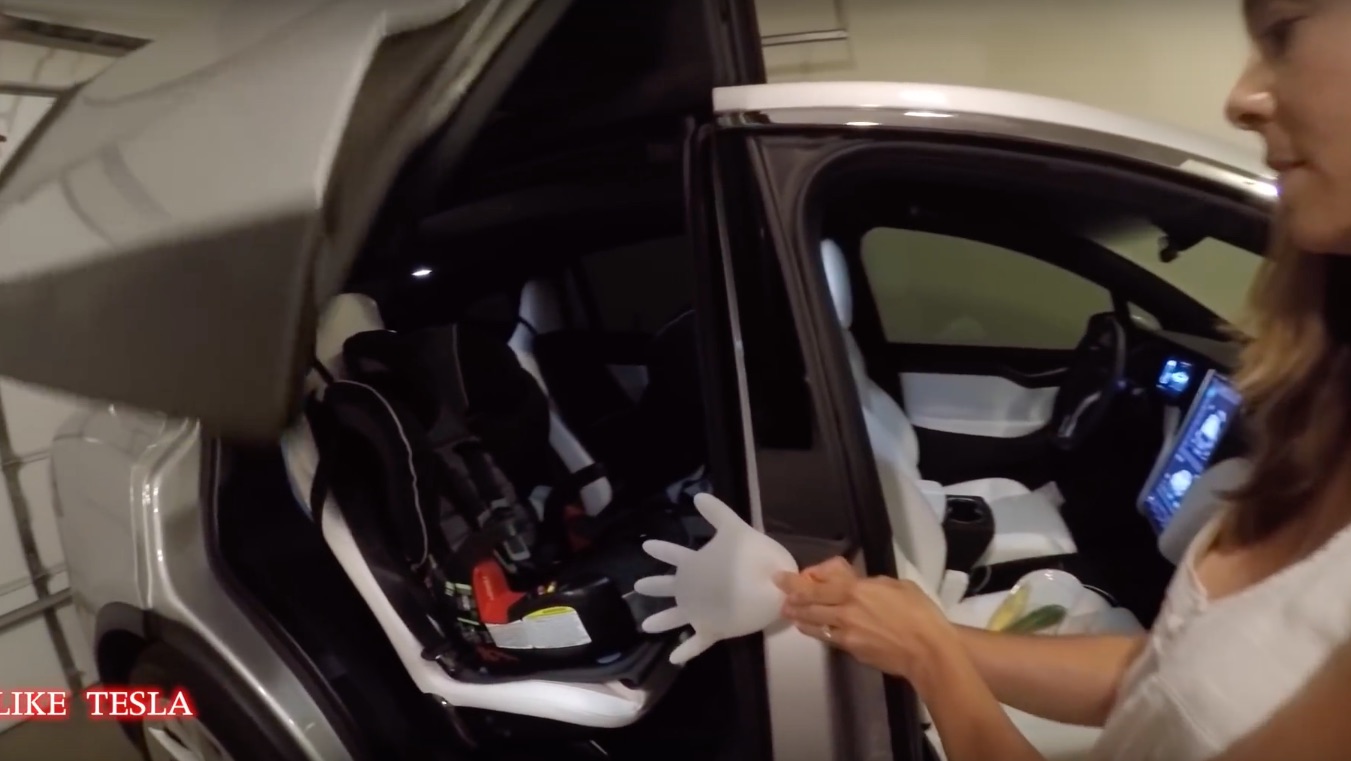 A common question among Tesla Model X enthusiasts and even owners is: what happens when the falcon wing doors closes on a child, fingers, a pet and other objects in its path of travel?

One Model X family set out to simulate the effect of a falcon wing door closing on fingers.

First it’s important to understand what the falcon wing doors can and can not see. The path of travel of the unique dual-hinged doors are determined by the obstacles detected within its proximity through an array of ultra sonic sensors. Color-coded indicators on the center touchscreen will alert of nearby obstacles to the falcon wing doors. Sensors mounted behind the aluminum door skin will allow the vehicle to dynamically calculate its articulating angle of opening and closing without impacting neighboring objects. Recent versions of Tesla’s over-the-air software update has given the Model X better detection of objects directly above the vehicle, thereby preventing the situation where falcon wing doors and trunk will impact low-lying ceiling beams or pipes that may be in its opening path.

Continuous improvements in Model X’s falcon wing doors has saved us from what would have been a disastrous event. The most recent event taking place while attending the Gigafactory Grand Opening event when we opened the falcon wing beneath a ceiling beam. The result was nothing short of spectacular. Each door opened independently of one another until it stopped inches away from its obstacle. Though the ultrasonic sensors on the falcon wing doors are able to detect objects in close proximity to it, it’s unable to detect whether fingers or obstacles are beneath its path of travel as it closes. This is a job handled by the “pinch sensors” within the door.

But how well do these pinch sensors work when faced with obstruction? Watch as the family from Like Tesla place an inflated surgical glove, ripe fruit and vegetable directly in the path of a closing falcon wing door.