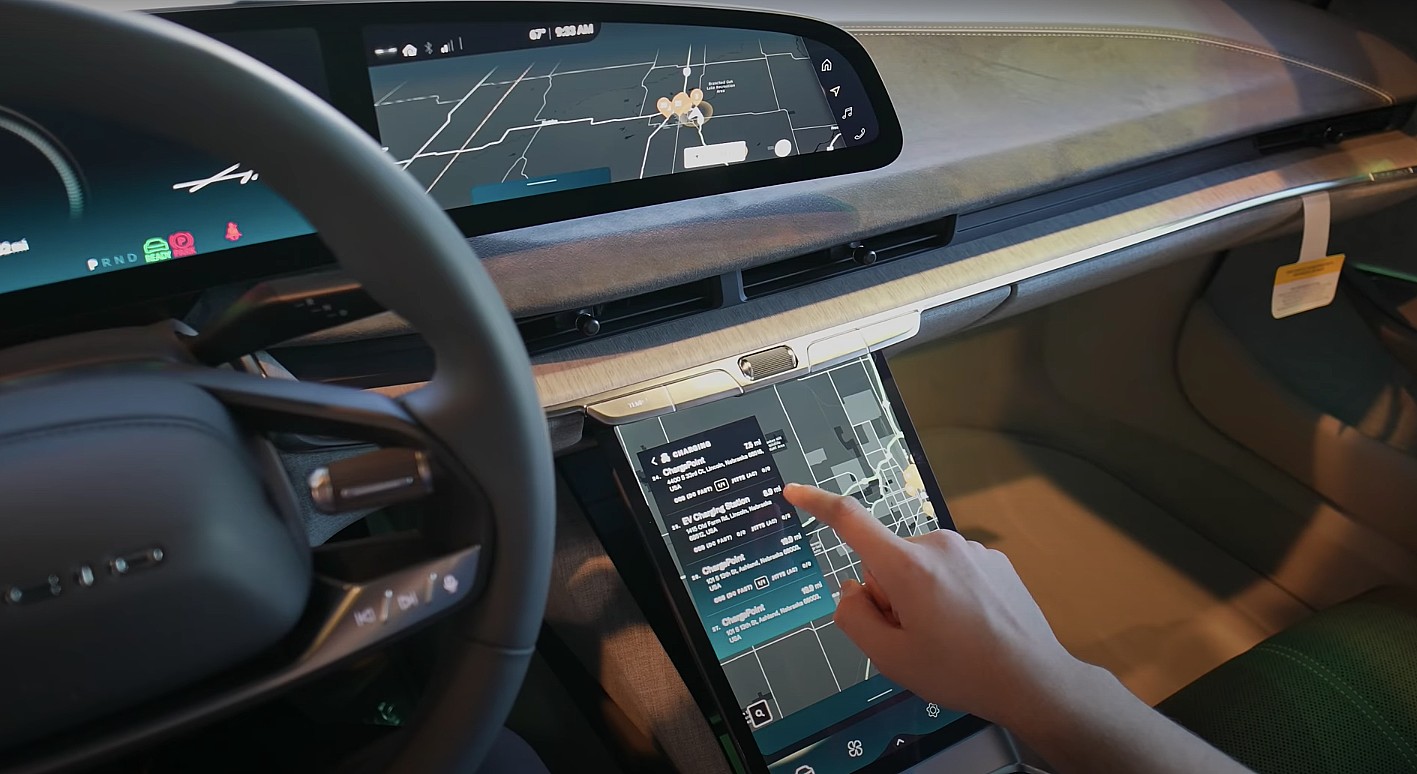 The Lucid Air is a luxury all-electric sedan that aims to take the fight to longtime veterans like the Mercedes-Benz S-Class. But while the Air has been widely praised by professional car reviewers for its capabilities — even winning MotorTrend’s 2022 Car of the Year award — consumer reviews and videos of the vehicle and its everyday features have been pretty scarce. This was despite the Air’s deliveries starting back in late October.

Fortunately, some consumer reviews of the Air are now being shared online. One of the most notable to date, posted by the EV Nomads – Branden & Kalie channel on YouTube, featured a thorough walkthrough of the Lucid Air’s infotainment system in its production form. The vehicle in the video was a Lucid Air Dream Edition Performance, and it was still had very little miles.

The video, which is 30 minutes long, covered several topics, from the Air’s user interface, its navigation, and its other features. Needless to say, there are some quirks that emerged every so often, the most notable of which involved its navigation system. During the EV enthusiasts’ tests, the Lucid Air’s navigation proved a bit challenging to use, partly due to the system’s strange refusal to display or detect a nearby Electrify America charger.

This was quite surprising considering that when the YouTube host tried to set a destination that would involve multiple stops, the Lucid Air’s navigation seemed to suggest Electrify America stations just fine. The luxury all-electric sedan still did not specifically indicate that the stations themselves were from the Electrify America network, however.

Lucid has noted that the Air will be receiving over-the-air updates, so improvements to the vehicle’s user interface should be rolled out without much issue. The luxury EV maker would best ensure that its flagship sedan’s software is up to par with the best in the industry however, as the Air commands a price of $169,000. In comparison, the Tesla Model S Plaid, which sells for about $130,000, is not as luxurious as the Air, nor is its range as high as Lucid’s flagship, but its software and infotainment system is second to none, featuring AMD’s RDNA 2 GPU architecture.

Watch a walkthrough of the Lucid Air Dream Edition Performance’s software in the video below.