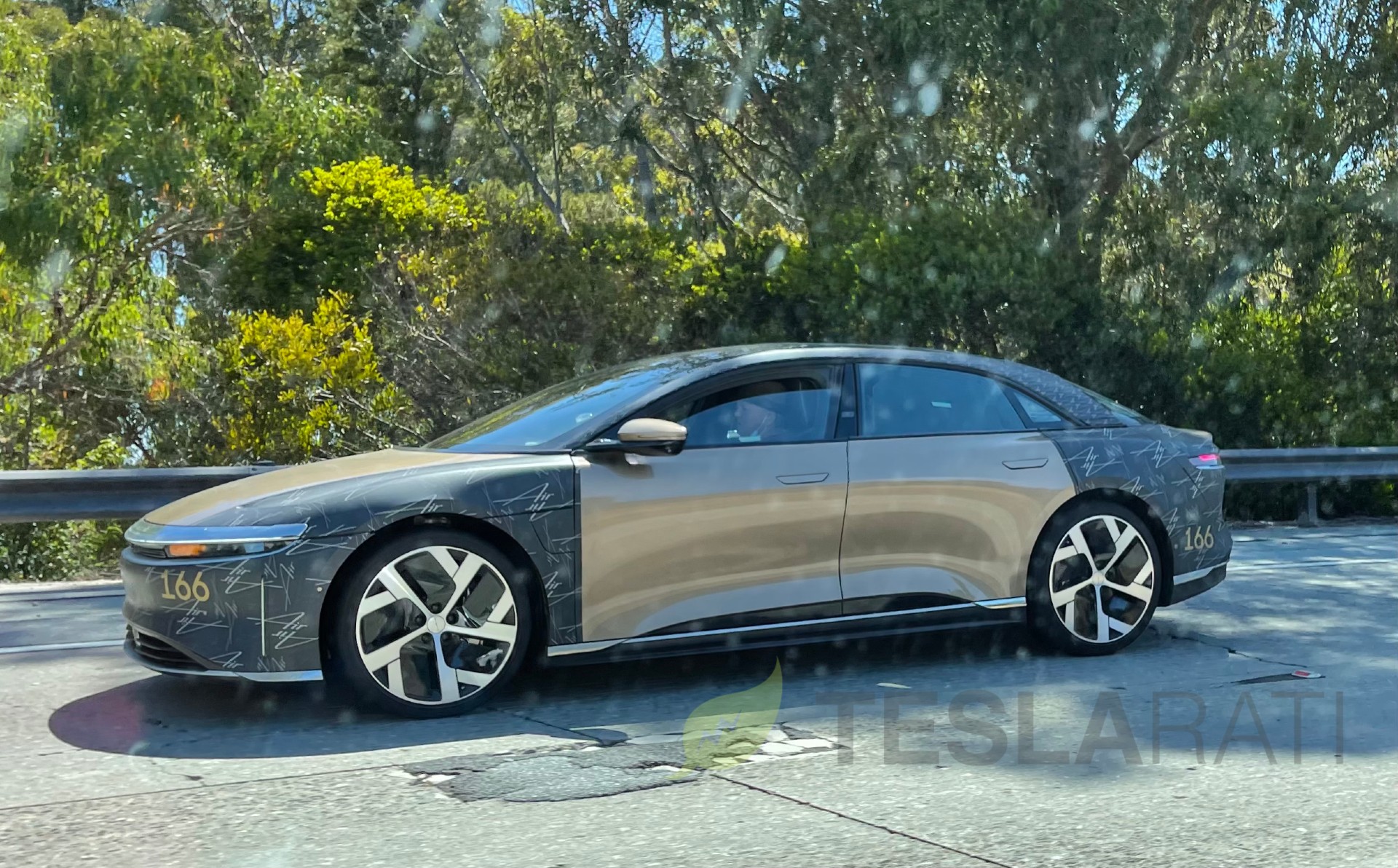 Lucid continues to test Air prototypes ahead of late 2021 production

Lucid Motors continues to test prototypes of the Air, the company’s first all-electric sedan that will begin production in the latter half of 2021.

A prototype of the Air was spotted on California Highway 280 near the town of Millbrae, sporting a multi-colored wrap with a masked driver at the wheel. New photos show the vehicle is still undergoing routine, daily-driver testing in preparations for a late 2021 launch starting with the Dream Edition sedan. 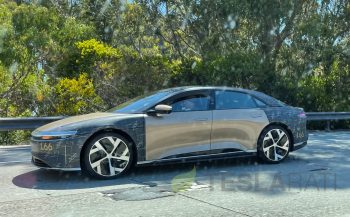 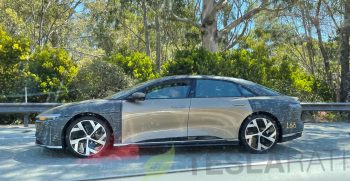 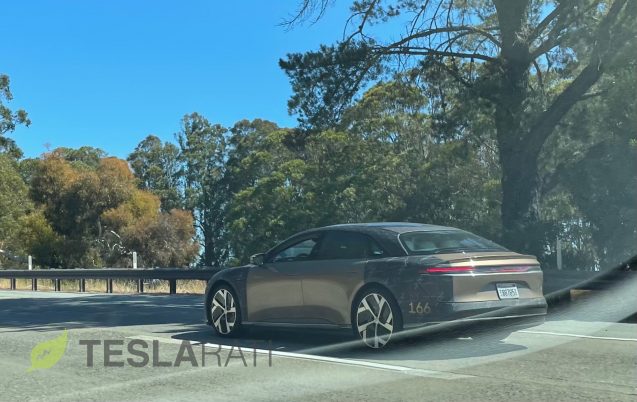 Teslarati reader Blake M. sent in the photos of the Air as he was driving on Highway 280 in Northern California. Blake said the vehicle looks “big and bulky,” and not quite as sporty as the Porsche Taycan. Additionally, he said the Air doesn’t seem as sporty as the Model S from Tesla “due to the tapered front end of the Tesla. The Lucid has more of a Mercedes S500 style.”

Lucid has made it obvious that its main goal is to disrupt the momentum of Tesla. During Elon Musk’s recent appearance on Saturday Night Live, the automaker purchased some advertising time and ran a commercial during the Tesla CEO’s hosting gig.

Nevertheless, Lucid has brought a credible and competitive vehicle to the market. With range ratings of over 500 miles per charge for its premier Dream Edition sedan and 517 miles for its Grand Touring Long Range variant, the Lucid Air can undoubtedly top some of the most robust and well-rounded electric cars on the market. The conversation goes well past range, too. The Air has 1,080 horsepower in the Dream variant, and 800 horsepower in the Grand Touring configuration. Across the four possible models of the Air, the price is as low as $69,900, with the flagship Dream Edition holding a pretty $161,500 price tag.

The Air has been spotted on several occasions previously, all giving EV enthusiasts an idea of what Lucid will bring to the market (hopefully) by the end of the year. The vehicle will be built at the company’s Casa Grande, Arizona, production plant that the automaker plans to expand on in the coming years. Teslarati previously reported that Lucid received approval to build the second phase of its Casa Grande factory earlier this year. The expansion would move annual production from 30,000 to nearly 400,000 vehicles, according to the documents obtained by Teslarati.

Lucid CEO/CTO Peter Rawlinson believes that the company can achieve “significant growth” over the coming years. However, Rawlinson was apprehensive to commit to a production rate of 20,000 cars in 2022. “The factory is ready and up and running. The car is getting higher quality, getting closer to start of production on a daily basis. And we’re rolling out our sales and service network. We’ve got six stores open across the country with four more to come in the very near future,” Rawlinson said in a recent interview with CNBC.

Lucid continues to test Air prototypes ahead of late 2021 production