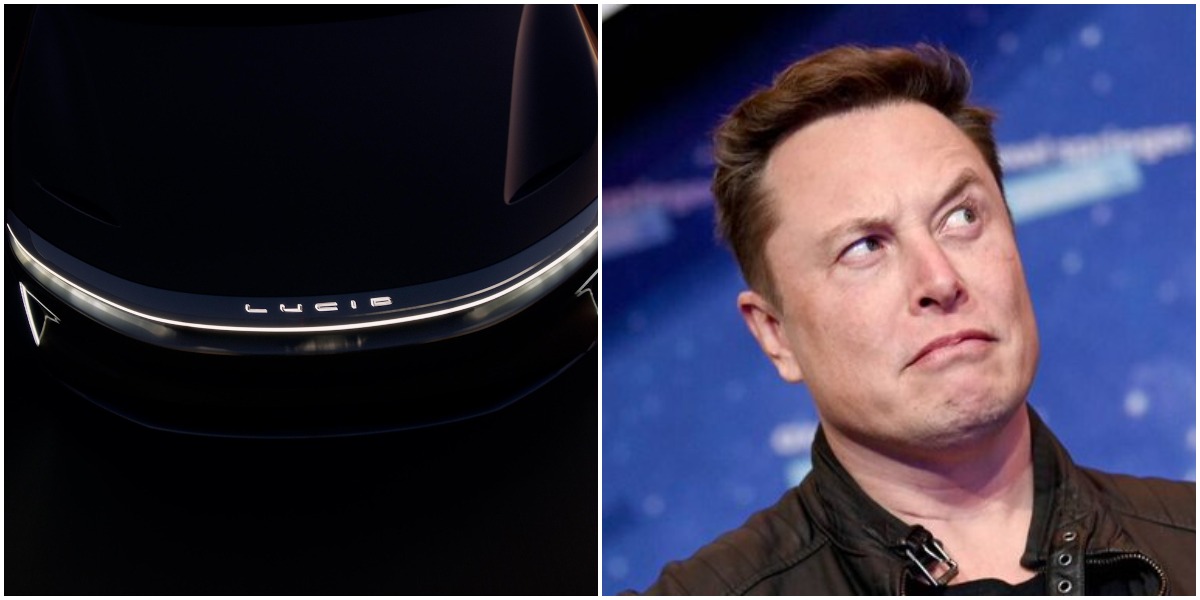 Elon Musk won’t be the only thing related to the quickly-growing electric car industry to make an appearance during Saturday Night Live this evening. Tesla rival Lucid Motors will also be making an appearance during the famous television program, likely in the form of a commercial.

Musk’s appearance on SNL has been a heavy point of focus for the past week in both pop culture and the electric vehicle industry. It was announced recently that Musk would be co-hosting the May 8th show with Miley Cyrus in what is sure to be one of the most viewed episodes of the show that started nearly 46 years ago.

It appears that the hype surrounding the episode may have drawn some attention from big-name companies who will purchase air time in the form of advertisements and commercials during the show. With Musk being on the air, plenty of electric vehicle enthusiasts will likely be tuned in to see what humor Musk brings with him. However, competing companies of Tesla view this as an opportunity to plant seeds in viewers’ minds, and Lucid Motors is one of them.

Lucid announced yesterday, on May 7th, that it, too, would be making an appearance on SNL. How? It seems that Lucid will advertise the Air, its first-ever sedan. With an all-electric powertrain and an already considerable number of pre-orders and support, Lucid definitely has some momentum in the sector. However, its planned and coordinated effort to derail Musk’s episode through a commercial during his hosting of SNL seems to be a continuation of some very contentious and somewhat abrupt drama between both Lucid and Tesla. The two companies, and their CEOs, have made several comments and strategic moves through the past few months that have seemed to hint toward a potential rivalry in the EV sector.

Interestingly, Lucid tested its Tri-Motor Air variant at the Laguna Seca just two days before Tesla’s Battery Day in September 2020. It was rumored to be running laps several seconds faster than the Model S Plaid ran at the same raceway nearly a year earlier. It seemed that Lucid was almost teasing Tesla and Musk to release the Plaid variants to customers, or at least release more details regarding the Plaid Powertrain to the public.

Tesla eventually obliged, but not at the Battery Day event. Tesla announced the Plaid Model S in January 2021 and plans to begin deliveries in the coming months. However, the animosity between the two companies has gone past that.

In a recent Tweet, Musk clarified what Lucid CEO Peter Rawlinson’s job title was when he was employed at Tesla. It has been said in the past that he was Chief Engineer of the Model S, but Musk is not willing to give him that credibility because of what his actual job responsibility entailed. While Rawlinson did handle the Model S body engineering phase, he did not handle any issues related to powertrain, battery, software, production, or design. He left “before things got tough,” which seems to be a thorn in Musk’s side.

Rawlinson was never chief engineer. He arrived after Model S prototype was made, left before things got tough & was only ever responsible for body engineering, not powertrain, battery, software, production or design.

Interestingly, Rawlinson’s LinkedIn tells a different story. He lists his time at Tesla from 2009 to 2012 and lists his job title as “Vice President & Chief Engineer for Model S.”

What Rawlinson’s actual job title was at Tesla remains to be confirmed. However, a 2010 press release from Tesla lists Rawlinson as “Vice President and Chief Vehicle Engineer” and says that he was “responsible for the technical execution and delivery of the Model S.

Nevertheless, the rivalry between Musk and Rawlinson rages on, and in 2021, the two CEOs are still combating for the overall domination of the EV sector. However, one thing is clear: Tesla is light years ahead. Lucid will begin delivering its Air sedan during the second half of 2021.