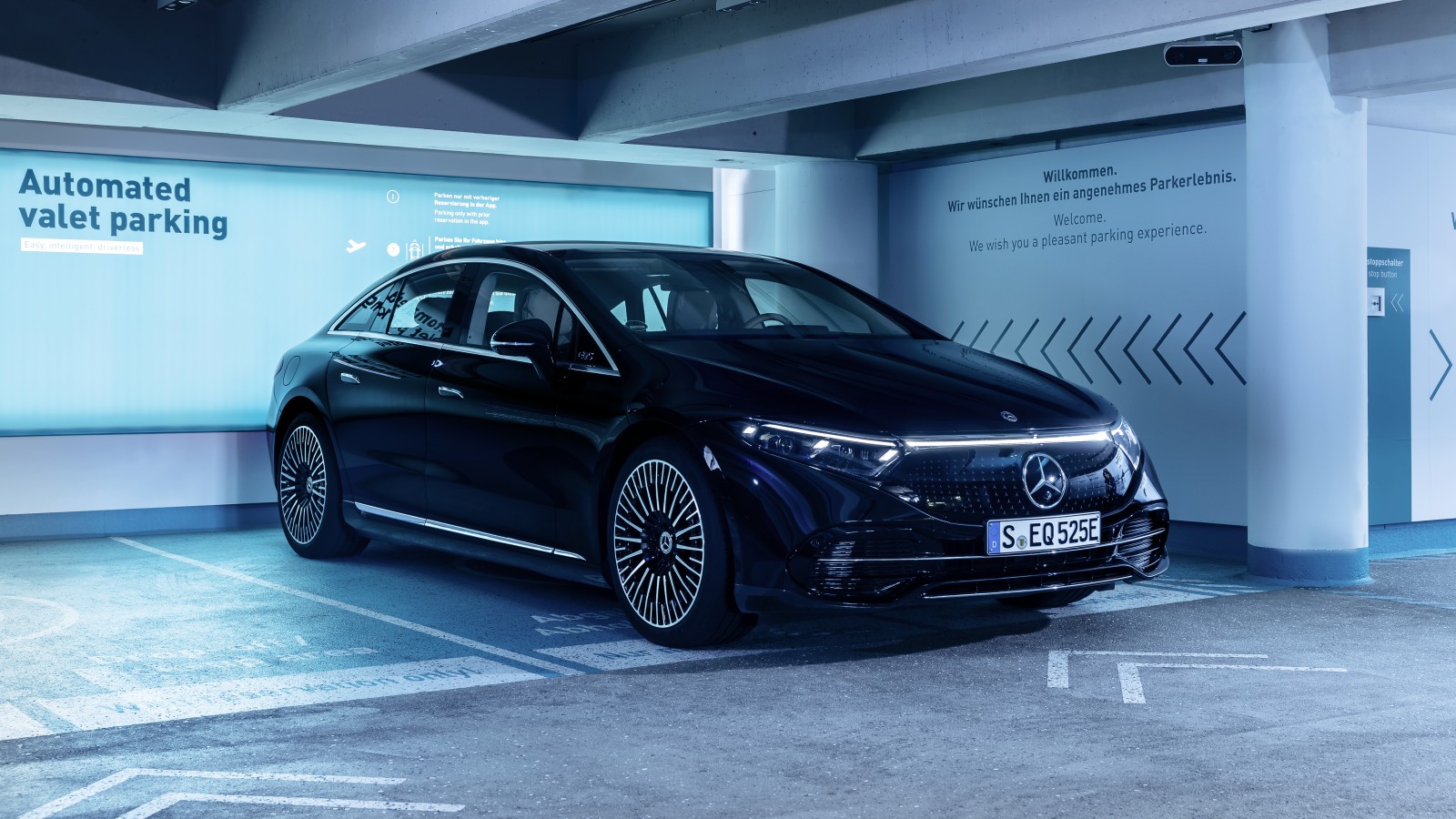 Mercedes and Bosch autonomous parking approved for commercial use

The Mercedes self-driving technology created in cooperation with Bosch, allowing for autonomous parking, has been approved for commercial use in Germany.

Mercedes has been on the cutting edge of autonomous driving, and now they are showing their strength in the technology with their Intelligent Park Pilot system unveiled today. The system, available on Mercedes S-Class and EQS models, allows a driver to arrive at a destination, pay for parking, and have the car park itself without interference (level 4 autonomy).

While Tesla Full Self Driving is nearing full adoption into products, and the improved Smart Summon feature is supposedly just around the corner, this news is a shot across the bow of the American tech giant. According to Mercedes, its Intelligent Park Pilot system is a first in the world. Not only is the technology at level 4 autonomy, but it has gone through the gauntlet of the German government’s regulatory process regarding autonomous vehicles.

The Intelligent Park Pilot system will only be available at the Stuttgart Airport upon release, allowing the driver to pay directly from an app. At the same time, the parking structure itself has been outfitted to process the payment and allow the car to enter wirelessly. It is unclear when this system will become available in other areas.

The new system is far different from Tesla’s roughly equivalent Smart Summon in its capabilities and functionality. While the Mercedes vehicle uses its sensors to traverse the parking structure (much like Tesla), the parking structure itself is also equipped with sensors (provided by Bosch in this case) to aid the vehicle and ensure that no people or obstacles are hit as the car traverses the structure.

While this system, as pointed out by Mercedes, provides an unparalleled level of safety for people and vehicles in the parking structure, it may face trouble with integration as every parking structure would be forced to implement sensor technology to allow for Intelligent Park Pilot. In contrast, a system like the one created by Tesla requires no such sensors.

At the reveal of the new product, leaders from both companies were excited about the future the technology makes possible. “Following the market launch of our Drive Pilot Level 3 system, we will soon be offering a Level 4 system for parking with our Intelligent Park Pilot – all of that this year. We really are showing our customers how technology can make life easier and give back precious time,” says Markus Schäfer, member of the board of management of Mercedes-Benz Group.

Bosch board member Dr. Markus Heyn concurred, stating, “Driverless parking is a key aspect of automated mobility. The highly automated parking system we developed together with our partner Mercedes-Benz shows just how far we’ve already progressed along this development path.” The Bosch spokesperson went on to say that driverless parking will likely be the most common use of autonomous driving in the coming years.

Self-driving is still in its infancy, both in terms of availability and capability. However, with such exciting displays of the future, there is no telling what will become available within the next couple of years. Hopefully, the new technology will continue to garner competition between companies to allow the best possible product to become available for consumers.

Mercedes and Bosch autonomous parking approved for commercial use