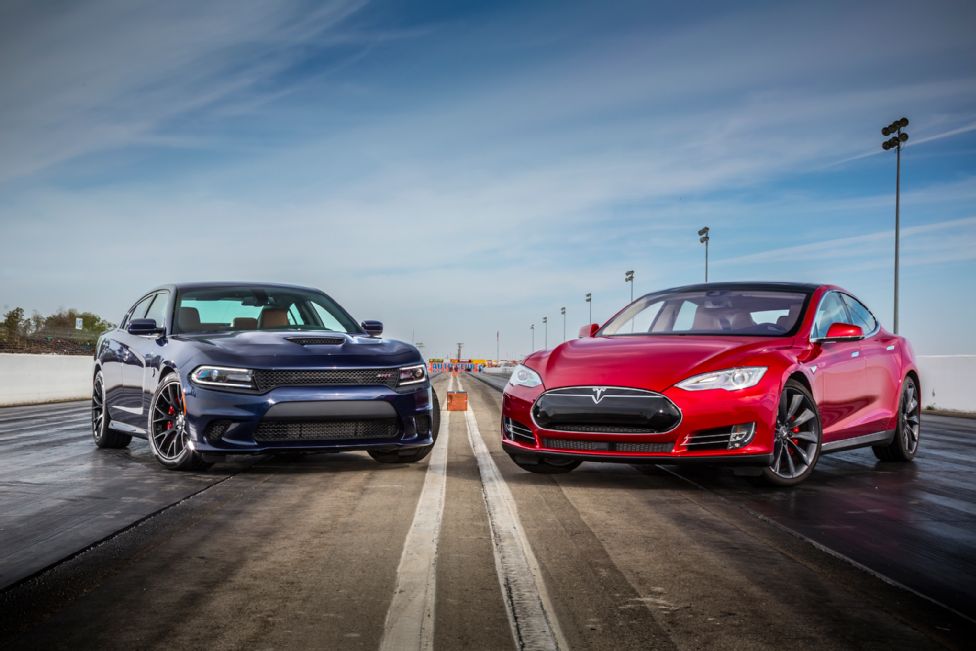 Motor Trend finally settles the score on who is the ultimate “American badass” with an all-out test between the world’s quickest sedan, simply known as “the D”, and the world’s fastest sedan that goes by the moniker “Hellcat”. It’s a showdown between two American-made heavyweight hitters, the 2015 Tesla Model S P85D and the 2015 Dodge Charger SRT Hellcat.

Host Jonny Lieberman does a great job explaining the distinction between being the quickest versus being the fastest, putting to rest that a mere drag race between the P85D and Hellcat is enough to determine a who the biggest badass is.

Both sedans are comparable in weight and horsepower thus making a drag race an easy comparative challenge, but what happens when they’re measured against one another in the real world? Hint: one’s described as something that sounds like “a volcano arguing with itself.” while the other is “like a rocket sled”.