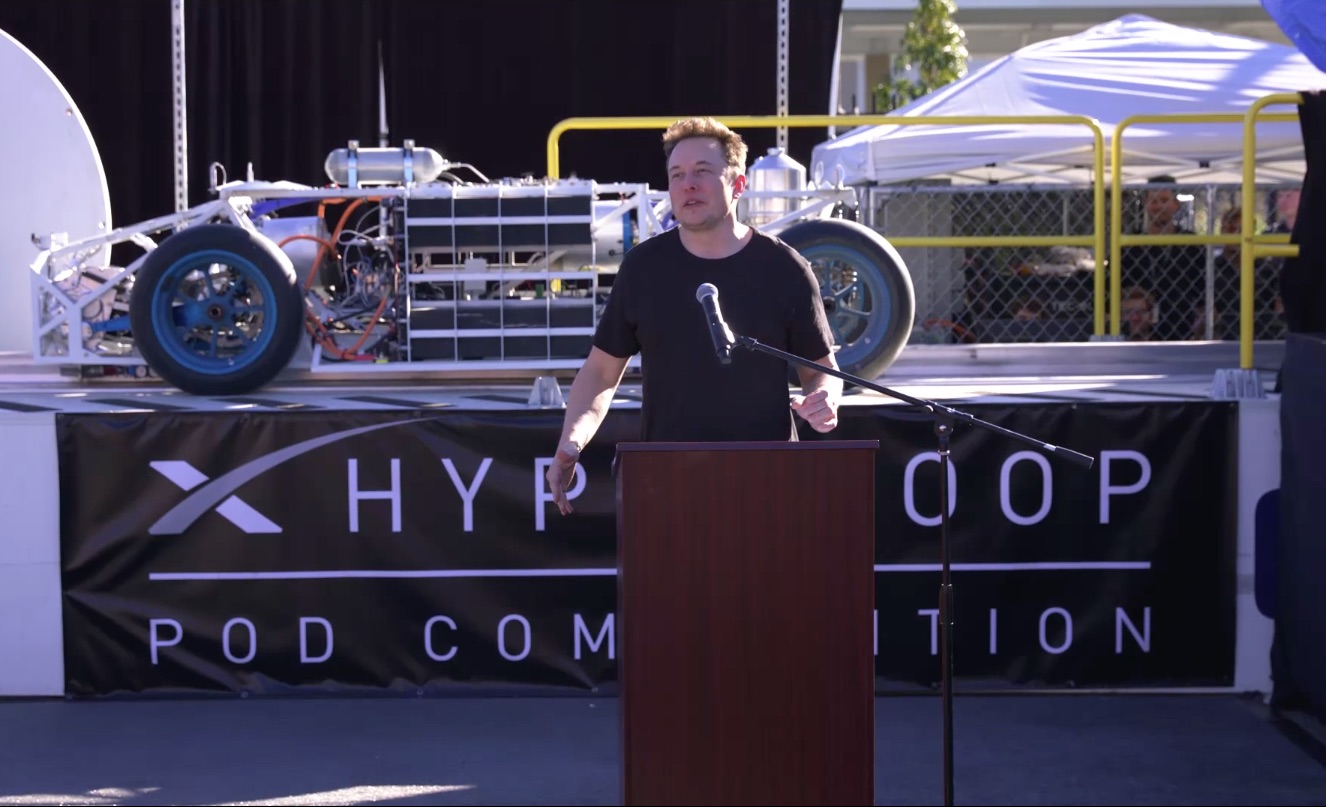 Elon Musk took stage at Sunday’s Hyperloop Pod Competition to congratulate teams on their achievements with building first ever competition-ready hyperloop concept pods. As teams in attendance, and those from around the world joining a live stream of the event, watched Musk discuss the idea of bringing forth a fifth mode of transportation, the serial tech entrepreneur would also confirm his plans for his rumored tunnel digging project.

Musk announced that a hole had already been dug beneath Crenshaw boulevard adjoining SpaceX’s headquarters in Hawthorne, California.”It’s right there, you can check it out. That’s going to be the hole for the tunnel boring machine.” said Musk. “We’re just going to figure out what it takes to improve tunneling speed” adding that he may be able to improve it by 500-1000%.

Though initial speculation of Musk’s tunnel boring project pinned it as means to avoid traffic between SpaceX and nearby LAX airport, Musk reveals a modest and less than glamorous intention. “We’re just sort of muddling along. We have no idea what we’re doing. I want to be clear about that.” citing that the project is intended to be a learning experience with how tunnel boring machines work. “We’re going to get this machine figured out, take it apart” says Musk noting that he’s optimistic about improving the speed of tunnel boring machines by five to ten fold.

One can view today’s tunnel-digging announcement made at the Hyperloop competition as Musk’s plan to understand the intricacies involved with building underground infrastructure that will one day be needed to support this future mode of high speed transportation.