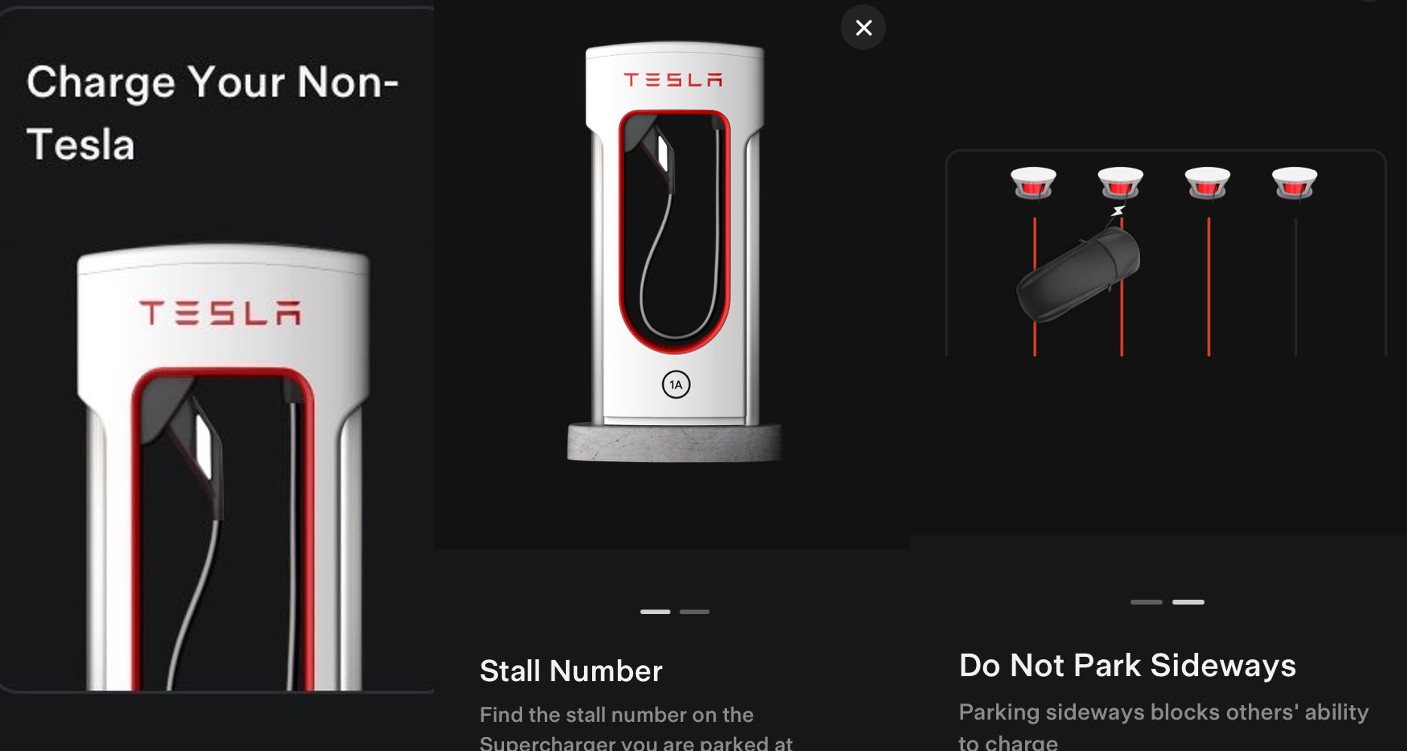 Earlier this year, Elon Musk noted that Tesla would likely open its expansive Supercharger Network to non-Tesla EVs by the end of the year. According to the CEO, non-Tesla drivers who wish to access the Supercharger Network would simply need to use the company’s mobile app to connect to an available charging stall to initiate a charging session. Based on the code of version 4.2.3 of the Tesla mobile app, it appears that the company is doing what it can to make these features a reality in the near future.

The code of the Tesla app’s 4.2.3 update revealed a number of key references about the upcoming Supercharger service. The update’s code, for one, indicated that Tesla would be promoting its Supercharger Network as the “largest global charging network” in the market. The company would also be encouraging users to “save on (your) monthly charging costs with a Membership.” It remains to be seen what this Membership entails, but such an initiative would likely encourage more EV drivers to use the Supercharger Network.

Similar to previous versions of the Tesla app, the company would be promoting its vehicles and merchandise for mobile users. Advertisements for the Model S, Model 3, Model X, and Model Y are visible, and the option to order any of the company’s existing vehicle lineup seems to be available as well. This marketing strategy could help Tesla expand its reach to more customers, as EV drivers would likely see the company’s offerings while charging their non-Tesla electric cars.

Image assets found in the new Tesla mobile app update provided hints at some of the options and menus that would be presented to mobile users as well. Based on a set of images retrieved by Tesla advocate @olympusdev_ on Twitter, it appears that non-Tesla owners would be able to perform searches for available Superchargers from the app itself. And just like what Musk hinted at earlier this year, non-Tesla drivers would simply need to indicate the Supercharger stall number they wish to use before initiating a charging session.

Interestingly enough, the Tesla app also seems to include some useful reminders for non-Tesla owners when they use the company’s Supercharger Network. These include a reminder not to park their EVs sideways when Supercharging, as this would result in other stalls being blocked. This is a pretty good more on Tesla’s part, as it would discourage non-Tesla owners from inadvertently “ICE-ing” a Supercharger stall.

While “ICE-ing” pertains to the practice of blocking an EV charging stall by an internal combustion-powered vehicle, incidents involving electric cars blocking other EVs have unfortunately become quite commonplace as battery electric cars became more mainstream. With this in mind, the company’s gentle reminder in its mobile app could be seen as an effort to avoid potential EV charging station blocking incidents, especially when the Supercharger Network is opened to non-Tesla electric cars.