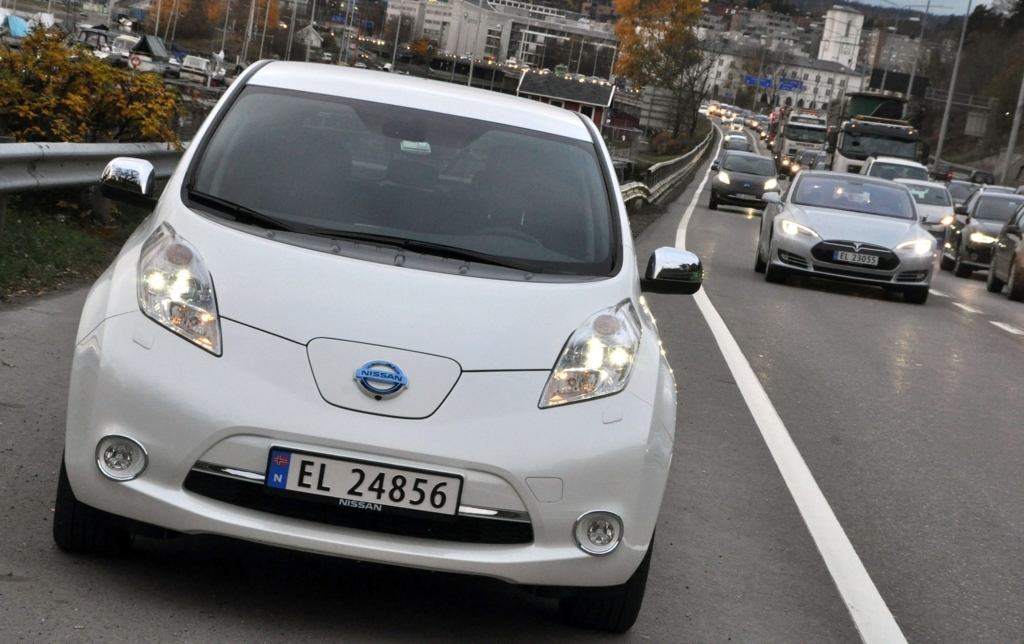 Norway has decided to pull back the reins on some of its EV incentives. Free tolls and parking are off now eliminated in most instances, along with unlimited access to commuter lanes in Norwegian cities. Updated March 1. Our contact in Norway tells us that Norway is considering changes to its EV incentives but that no changes have been instituted as of yet. We apologize for any misunderstanding. The story has been modified to reflect this new information.

Norway has some of the most generous EV incentives in the world. That is one reason why Tesla sales in Norway have been strong since the Model S was first introduced in 2012. Many Model S sedans are used as taxis in Norway’s major cities. It also helps that Europe has high gasoline and diesel fuel prices, while Norway has some of the lowest rates for electricity of any country in Europe, thanks to its abundant hydroelectric resources.

However, Norway is considering a package of proposals that would trim back some of those incentives, according to Norwegian website Side3. The sales tax and VAT exemptions will remain in place at least until the end of 2017, when they are scheduled to be renewed, amended, or allowed to expire. Electric car owners could now pay full fare on all toll roads and ferries in the country and reduced tolls on its many bridges. They could also pay reduced tolls for use of the ring roads around Norway’s major cities.