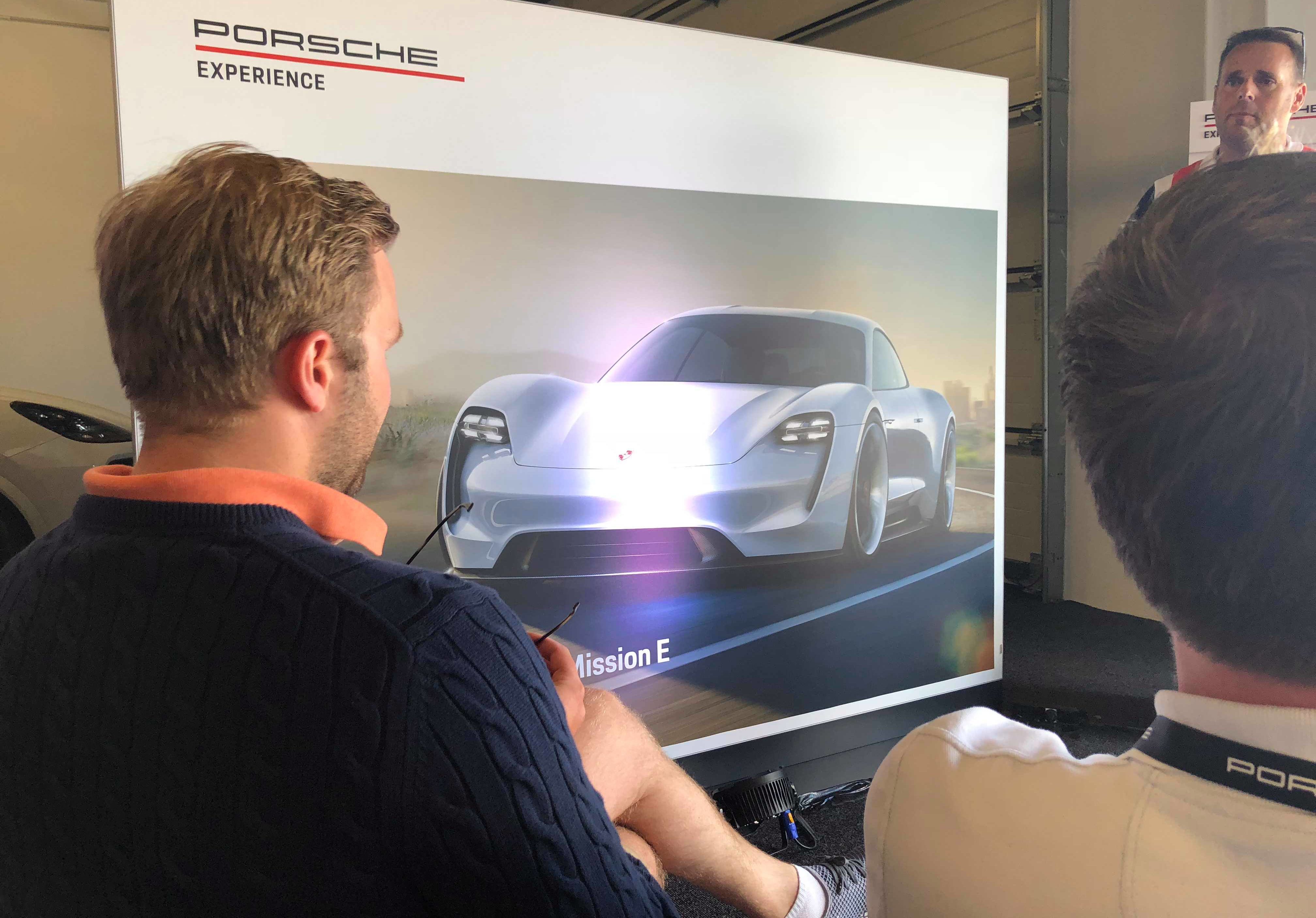 Car enthusiast and Norway-based Model S owner Jim Roger Johansen admits that while his heart is with Tesla, the Porsche Taycan (formerly referred to as the Mission E sedan), “is something else.” Having a fondness for high-performance vehicles, Johansen states that he wants a high-performance electric car, but the next-generation Tesla Roadster, which starts at $200,000, is out of his price range. He is hoping that the Porsche Taycan would be the ideal vehicle to fill the gap between his Model S family car and the hypercar-beating next-generation Roadster.

Earlier this year, Johansen visited a Porsche dealer, expressing his interest in the vehicle then known as the Mission E sedan. During his visit, Porsche kept his email address and advised him that he would be receiving updates about the car. This April, he received a message from the German legacy automaker stating that the pre-orders for the Taycan are being opened for Norway. In order to keep his place in the priority queue for the vehicle, he was asked to pay Kr20,000 (about $2,250) on or before April 25.

In a statement to Teslarati, Johansen, who runs the Porsche Taycan Norway Facebook group, stated that Porsche’s reservation process for the Taycan was quick and straightforward. He was directed to a payment page for Norway-based customers, and after a quick credit card transaction, he found himself as one of Norway’s Porsche Taycan reservation holders. A confirmation email later sent to Johansen advised him to wait for a call from his favored Porsche dealer, where he would configure his Taycan according to his preferences. 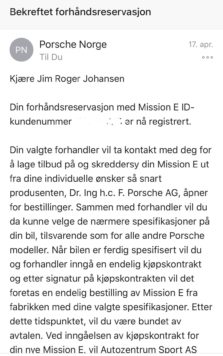 A screenshot of Porsche’s confirmation email after paying the reservation fee for the Taycan. [Credit: Jim Roger Johansen]

The homepage of the 2018 Porsche Festival in Norway.

In a follow-up email after his payment, Porsche stated that the reservations for the vehicle were only opened for Norway then, considering that the country is an “extraordinary market” for electric cars.

“In Norway, we have an extraordinary market for electric cars, and we are currently the only country in the world to offer Porsche Taycan pre-booking. In other words, we are out early, asking for understanding that a lot of information about the car is not yet available.”

Earlier this month, Johansen received an update from the legacy carmaker, giving him free tickets to the upcoming 2018 Porsche Festival in Norway, which would be held on September 8-9. In an email about the event, Porsche stated that the complimentary tickets are a small way for the company to give back to early reservation holders for the all-electric vehicle. The final production version of the Taycan, after all, has not been unveiled to the public yet. Thus, reservation holders such as Johansen are counting on Porsche’s word that the final design of the vehicle would be akin to the stunning Mission E concept that still dominates the Taycan’s promotional materials today.

The 2018 Porsche Festival will feature a number of family-oriented events, such as LEGO motorsport-inspired activities, car shows, and go-carts. Mark Webber, a professional racing driver who was featured in a Mission E test drive video earlier this year, is also expected to be in attendance on the festival. With roughly more than 2,300 reservation holders for the Porsche Taycan in Norway as of date, Johansen is hoping that a teaser for the vehicle’s final production version would be unveiled sometime during the Porsche Festival.

Expectations are high that the Taycan would be released sometime in 2019. Johansen, however, believes that he would likely get his car around 2020. By that time, he is hoping to have the Porsche Taycan parked beside his family car, a Tesla Model S sedan with a (hopefully) refreshed interior, a slightly updated design, and 2170 batteries for even longer range.