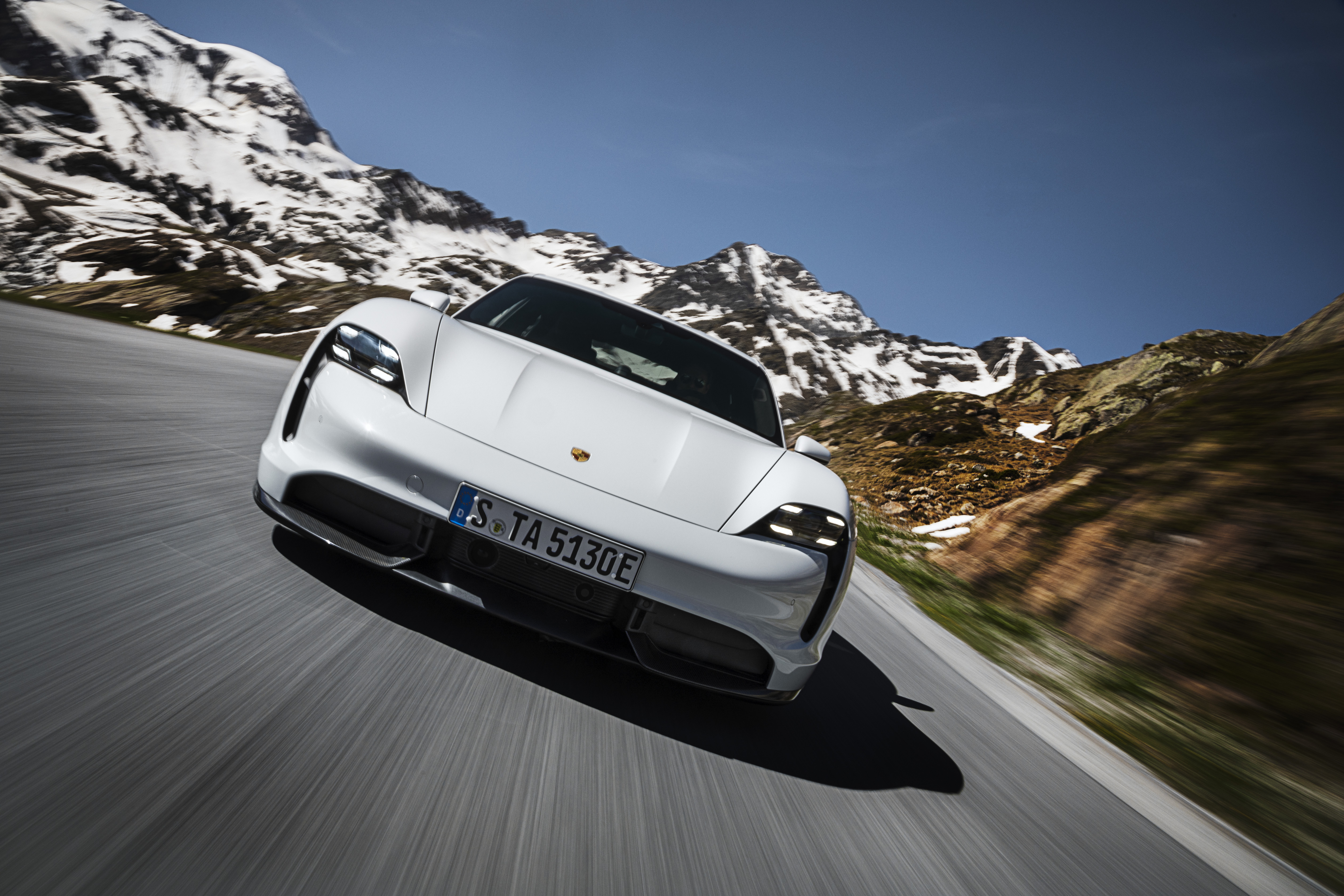 The Porsche Taycan has received its certificate from the California Air Resources Board, better known as CARB, listing its range ratings for both of its Turbo and Turbo S trims. CARB is responsible for protecting the citizens of the State of California from the effects of pollution and greenhouse gases in an attempt to combat global climate change.

When Porsche unveiled the Taycan in Toronto in September 2019, it was showing the public its first attempt at a high-performance vehicle powered by lithium-ion batteries. Both of the trims for the Taycan have already been given range ratings by the Worldwide Harmonized Light Vehicle Test Procedure, known as the WLTP for short. While CARB released its certificate for the Taycan on November 14, it is important to note the Environmental Protection Agency (EPA) has not yet released its official range calculations for the German automaker’s first electric vehicle. The EPA and WLTP ratings differ in the sense that they are tested in different styles of driving. 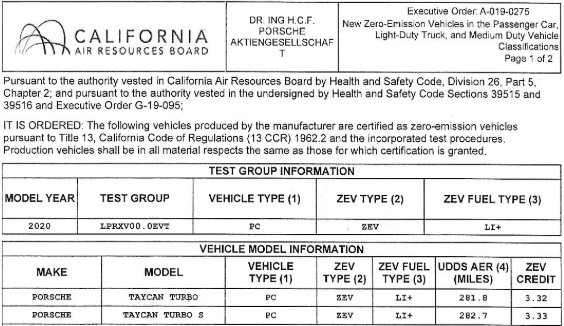 To compare, both CARB and the EPA have rated Tesla’s Model 3 Dual Motor Long Range variant in the past. CARB gave the Model 3 a rating of 455.32 miles per charge, while the EPA gave it a 322-mile rating.

The ratings of the Turbo S being much higher according to CARB give it another leg up on its sibling trim in the Turbo. The Turbo S packs significantly more power and speed capabilities, and now it is estimated to have one mile more of range than the Turbo. Even though it is not much of a difference, it is something to note to a certain extent. The vehicles are relatively even in terms of range according to the newly released details of the CARB certificate. Porsche will offer two Taycan electric vehicles to its buyers with basically the same range ratings according to CARB, but vastly different features in terms of performance.