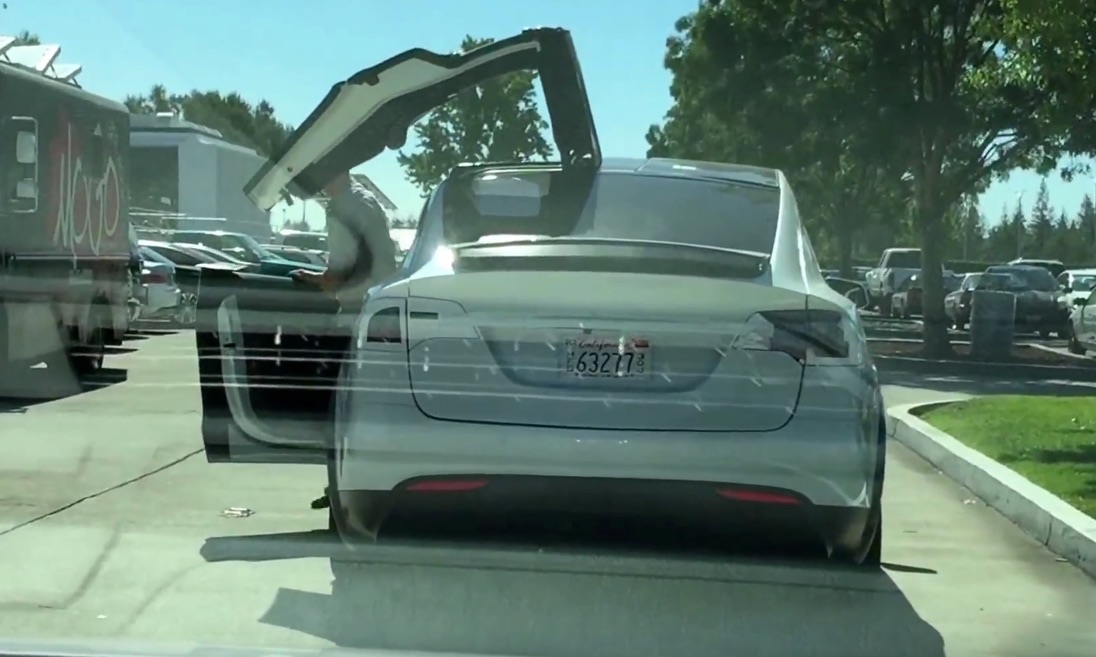 Just days before the official Tesla Model X unveiling at the Fremont, California factory, a rare sighting of its rear articulated falcon doors was caught in action.

The following video is significant in many ways, mainly because there hasn’t been any candid sightings of the Tesla Model X falcon doors in full operation, but also because we’re likely catching a first glimpse of a production-ready vehicle. Previous spy shots of the Model X test mule often revealed misalignment of the falcon doors leaving many to question whether the complex design of the dual-hinged doors will be the achilles heel to the vehicle.

Tesla claims that the upward pivoting motion of the doors allows the leading edge of the falcon door to remain tucked close to the vehicle, thereby facilitating easier passenger entry and exit.

What do you think it going on in the video? You be the judge.