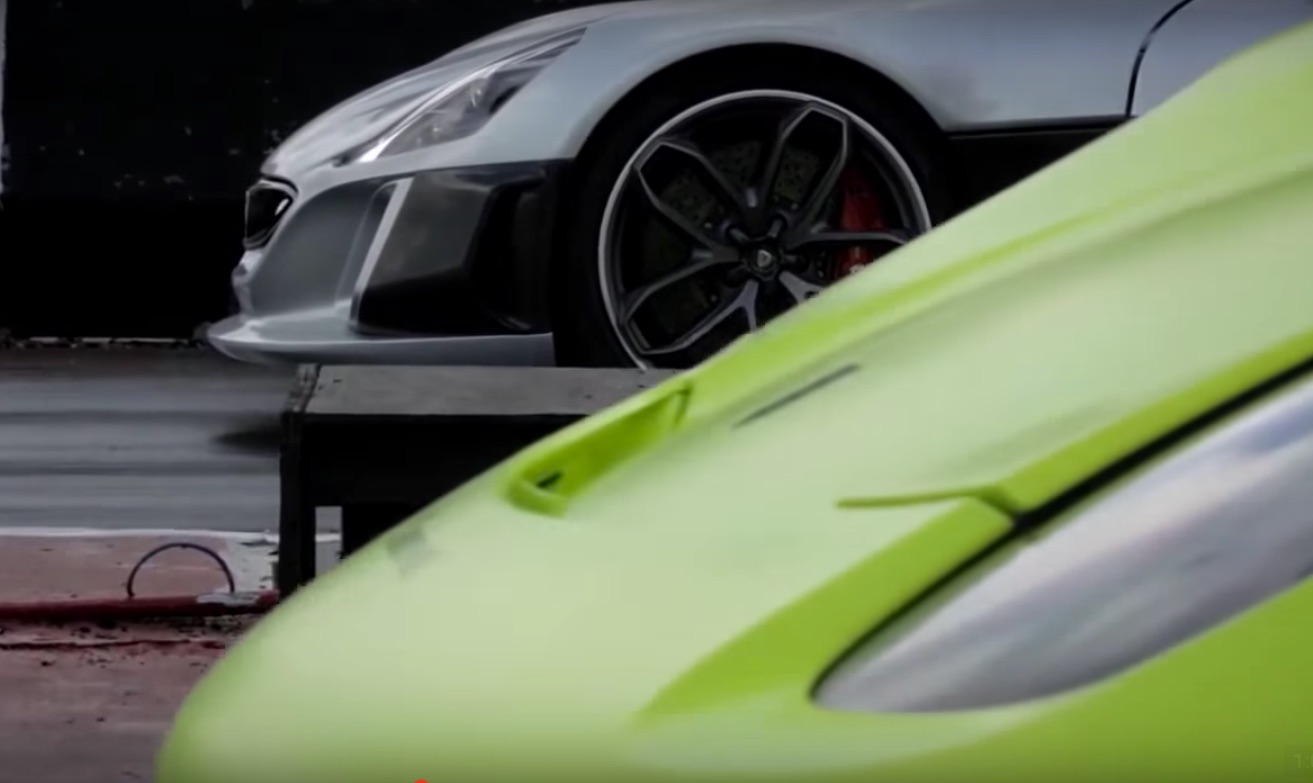 The Porsche 918 Spyder was a rolling test bed of new technology back when it first went into production in 2010. It’s Porsche’s first foray into using electric motors to boost performance. The car featured a 4.6 liter V-8 gasoline engine capable of producing 608 horsepower, combined with two electric motors that add an additional 279 horsepower making for a combined total of 887 horses. Using a 6.8 kWh battery, the 918 has an all-electric range of 12 miles. You can be certain that some of the lessons learned from building the 918 Spyder will translate into aspects of its upcoming all-electric Mission E sports car.

Now, Rimac, the Croatian company that specializes in exotic cars with all electric powertrains, has begun making a car that can not only take on the likes of the mighty 918 Spyder and the LaFerrari, it can best them in an all out test of acceleration. The company’s Concept_One is a sleek road rocket that uses a two speed gearbox and packs four electric motors, each feeding power to its own individual wheel, making for a total output of 1088 horsepower.

A recent rare inside look at the Concept_One’s advanced computer control system revealed that a touchscreen interface similar to Tesla’s provides finer control of power delivery depending on road speed, available grip, and the force being applied to the accelerator by the driver.

Recently, a Rimac Concept One and a Porsche 918 Spyder faced off at the Milan dragstrip outside Detroit. After six head-to-head passes, the Rimac won three races, the Porsche one and the cars tied in two others. The Rimac’s best quarter mile run was 9.9 seconds. That’s a truly amazing performance.

Rimac says there is an even more powerful version of the car in the works called the Concept S with nearly 300 more horsepower and an additional 150 ft- lb of torque. Total production of the Concept One is planned to be eight cars.

How will the Rimac Concept One stack up against the newly introduced Tesla P100D with Ludicrous? Given the relative power of both cars, the Rimac would be the odds on favorite in a head-to-head match. But one could legitimately question whether a car that costs more than a million dollars and will have a total run of eight cars can truly be called a “production car.”