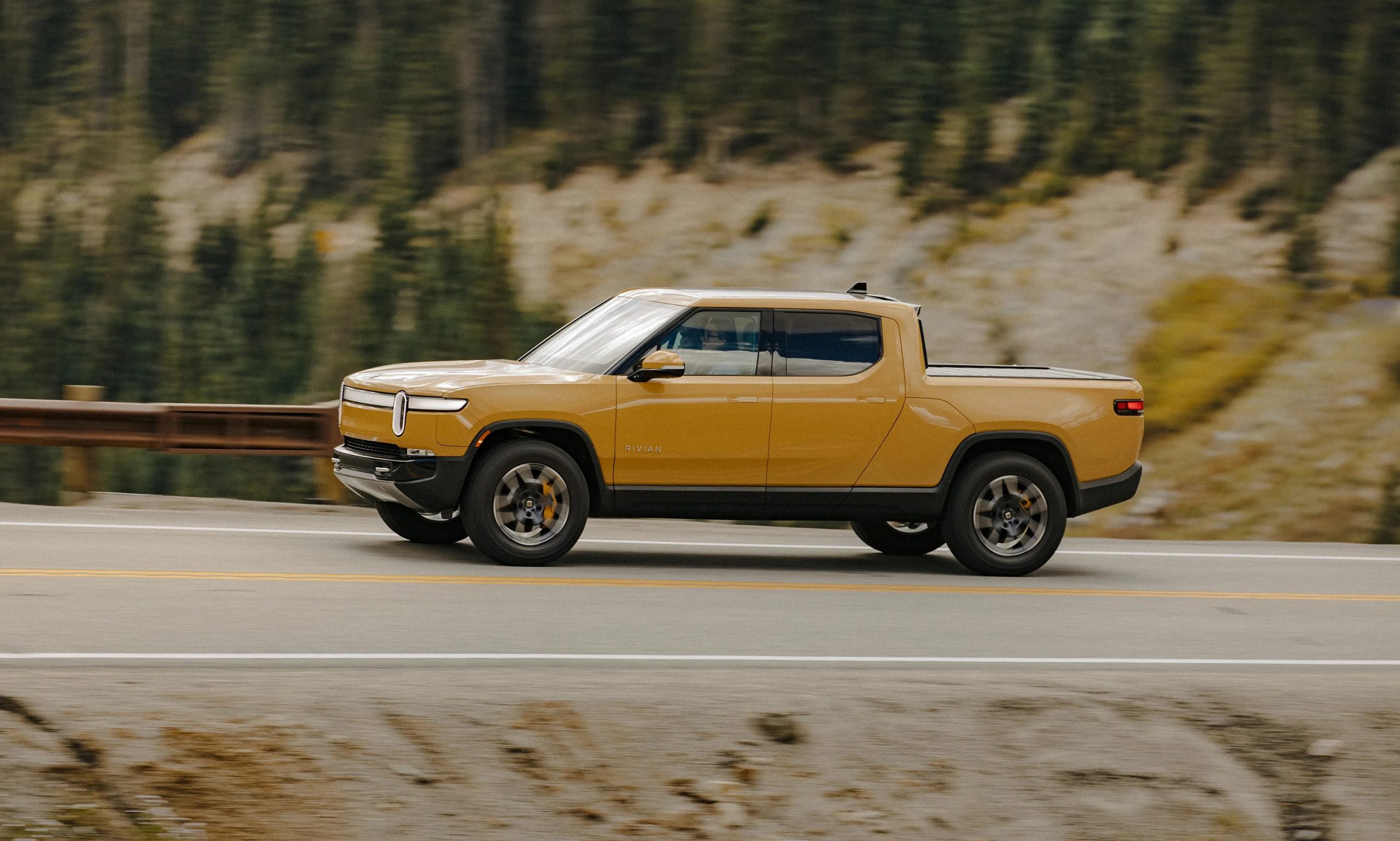 Rivian (NASDAQ: RIVN) stock is down 45 percent since its initial public offering in November when shares started publicly trading at around $106.75. Currently, Rivian shares hover around the $55 mark. Its drastic fall in the first few months of being publicly traded is not keeping Morgan Stanley’s Adam Jonas from shying away from an incredibly bullish position, stating it will surge around 160 percent from its current “overly depressed” levels.

At the time of writing, Rivian shares were trading at $55.24.

Rivian had all the advantages an up-and-coming automaker would want. It has a savvy CEO, a sizeable investment backed by Amazon, one of the largest companies globally, and a line of products that had consumers thirsty for more information. The COVID-19 pandemic pushed the company’s initial production dates back several times. After a year of delays, Rivian started delivering the R1T pickup late last year.

In terms of its stock performance, things have not gone according to plan. Rivian peaked at levels just shy of $180 per share, fed mostly by analyst narratives that pushed the company as “the next big thing” in the sector. However, EV production is proving increasingly difficult for many automakers. Long-standing OEMs like Volkswagen and GM have struggled in early projects, and startups like Rivian and Lucid are yielding numbers that are just fractional compared to industry leaders Tesla.

However, Tesla’s production history also showed lagging periods early on, only to iron out the bottlenecks and become the largest manufacturer of EVs, ramping to over 900,000 annual units fourteen years after producing its first model.

Jonas, who has covered the EV sector for years, says if any auto company can dig itself out of the depths, it’s Rivian.

“An IPO that preceded the December market top, the reality-check of supply chain bottlenecks (normal in auto land, perhaps not normal in tech land), and the gut-check of having partner Amazon exercise its right to secure EDVs from alternative vendors (Stellantis, Daimler) has shaken investor confidence and, we think, provides an excellent opportunity to gain exposure to a company, product cycle, and business model that we believe has a greater chance [of] being a winner in this industry than most other EV competitors,” Jonas wrote in a note to investors. “While Rivian is at a far earlier stage in its industrial journey than Tesla, we do not see this company as just a ‘concept stock’ either. The road to ramping production will be choppy, but we expect largely due to supply rather than demand.”

Rivian shares spiked briefly earlier this week following reports of an increase in production output of the R1T. Rivian was unable to comment on the matter when we asked for clarification. The routine sell-off of tech stocks this week has also likely contributed to Rivian’s sharp fall. After all, Tesla’s impressive Q4 2021 Earnings Call did not yield any gains in the way of the industry leader, as the company’s stock is down nearly 8% this week.