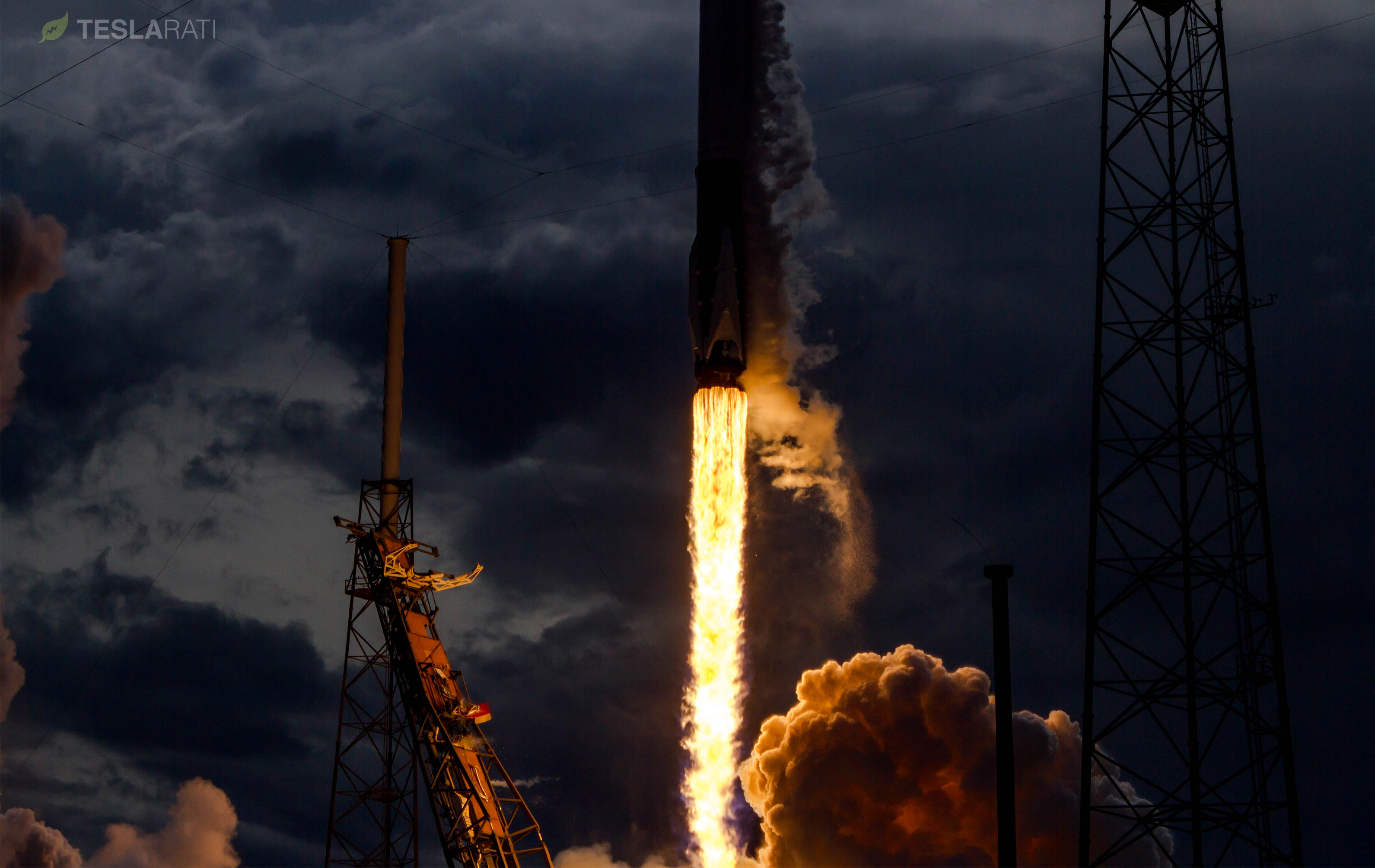 Speaking in a Congressional hearing on the morning of June 26th, SpaceX Director of Government Affairs Caryn Schenewerk reaffirmed the company’s commitment to conducting “more than 25 [launches]” in 2018, a feat that will require a ~50% increase in launch frequency over the second half of the year.

Related to the focus of this particular hearing, namely regulatory reform, Representative Rick Larsen (WA-2) appeared to speak for everyone when he mirrored the four panelists’ sense of urgency for beginning the process of reforming federal space launch regulations by asking for an informal meeting outside the doors of the chamber once the session concluded, stating that “it’s that urgent.” In order for companies like SpaceX (and eventually Blue Origin) to be able to sustainably and reliably reach cadences of one launch per week in the near future, the currently cumbersome and dated launch licensing apparatus will almost invariably require significant reforms.

Whereas nominal orbital rocket launches result in vehicles like SpaceX’s Falcon 9 spending less than 90 seconds of real time within the bounds of that controlled airspace, the massive and disruptive “keep-out zones” currently required by the FAA for rocket launches frequently disrupt air traffic for more than 100 times as long. According to Ms. Schenewerk, SpaceX believes it already possesses the capabilities to integrate live Falcon 9 and Heavy telemetry with air traffic control, allowing those keep out zones to be dramatically compressed and highly responsive to actual launch operations, similar to how aircraft traffic is dealt with today. 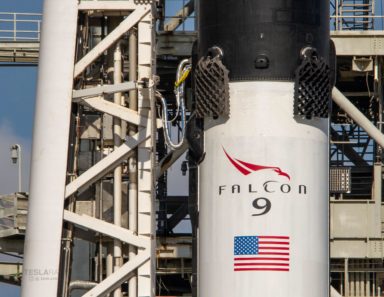 On the specific launch licensing side of this regulatory coin, SpaceX, Blue Origin, and ULA all expressed distaste for current standards, in which a worst-case scenario could see a launch provider forced to wait more than 200 days (up to eight full months) from the moment of filing to a launch license grant. Worse, even slight adjustments to a granted launch license require launch providers to resubmit themselves to that 200+ day process, effectively making timely modifications undependable exceptions to the rule.

The real barrier to these common-sense regulatory reforms is quite simply the extraordinary sluggishness of the FAA and those tasked with updating its guidelines and regulatory structures. Rep. Larsen was not exaggerating when he stated that he foresaw Congress choosing to delay those reforms by another 5+ years if given the opportunity, and it was thus likely a relief for the panel of witnesses (PDF) to hear him agree that these reforms must be pursued with the utmost urgency. In its current state, the FAA’s launch licensing is liable to be utterly swamped by the imminent introduction of multiple new smallsat launch providers on top of the already lofty launch cadence ambitions of SpaceX, ULA, and Blue Origin, as well as Orbital ATK to a lesser extent.

With SpaceX leading the charge, the American launch industry is already a year or more into a true renaissance of American spaceflight, and the FAA is simply not equipped to handle it. If reforms can be completed with haste rarely seen in Congress, the federal government can at a minimum ensure that it does not become a wholly artificial and preventable bottleneck for that explosion of domestic spaceflight activity. 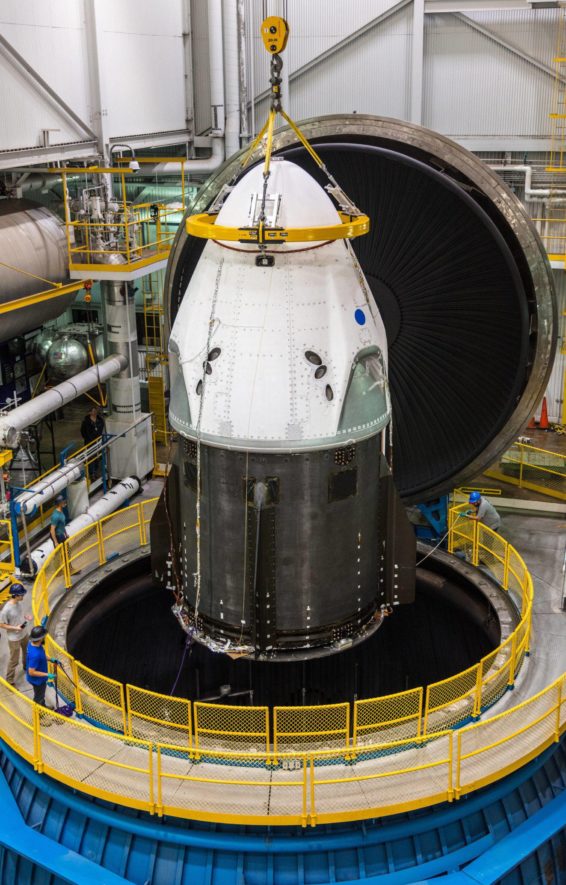 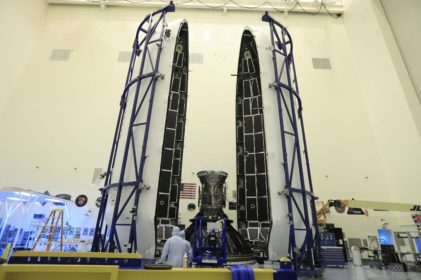 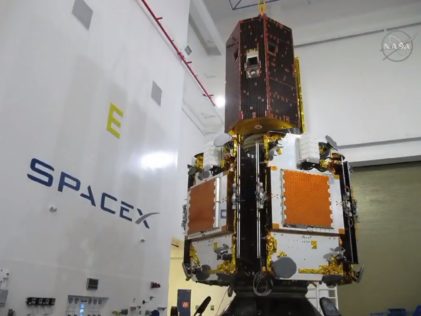 A combination of scientific satellites and five Iridium NEXT communications satellites preparing for launch in May 2018. (NASA) 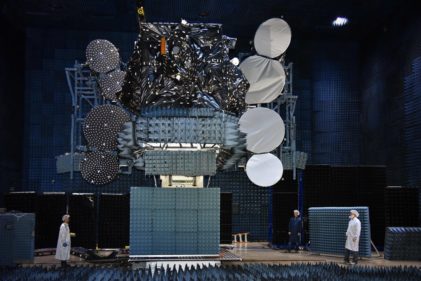 Speaking of that activity, SpaceX is scheduled to begin its H2 2018 manifest push with as many as six Falcon 9 launches (five with Block 5 boosters) over the next ~60 days. Barring an abrupt increase in rocket booster production speeds, sources have confirmed that those 2-3 summer months will likely also feature one of the first rapid Falcon 9 Block 5 reuses, potentially seeing one of SpaceX’s highly-reusable rockets complete two orbital launches in approximately one month (30-50 days). That will, of course, depend upon both customer agreeability and the availability of rockets and launch facilities, but the goal of a rapid Block 5 reuse before summer’s end still stands, at least for now.

Up next is CRS-15, which will see the last orbital Block 4 Falcon 9 launch a flight-proven Cargo Dragon to the ISS with several thousand pounds of supplies in tow, with liftoff scheduled for NET 5:42 am EDT, June 29.