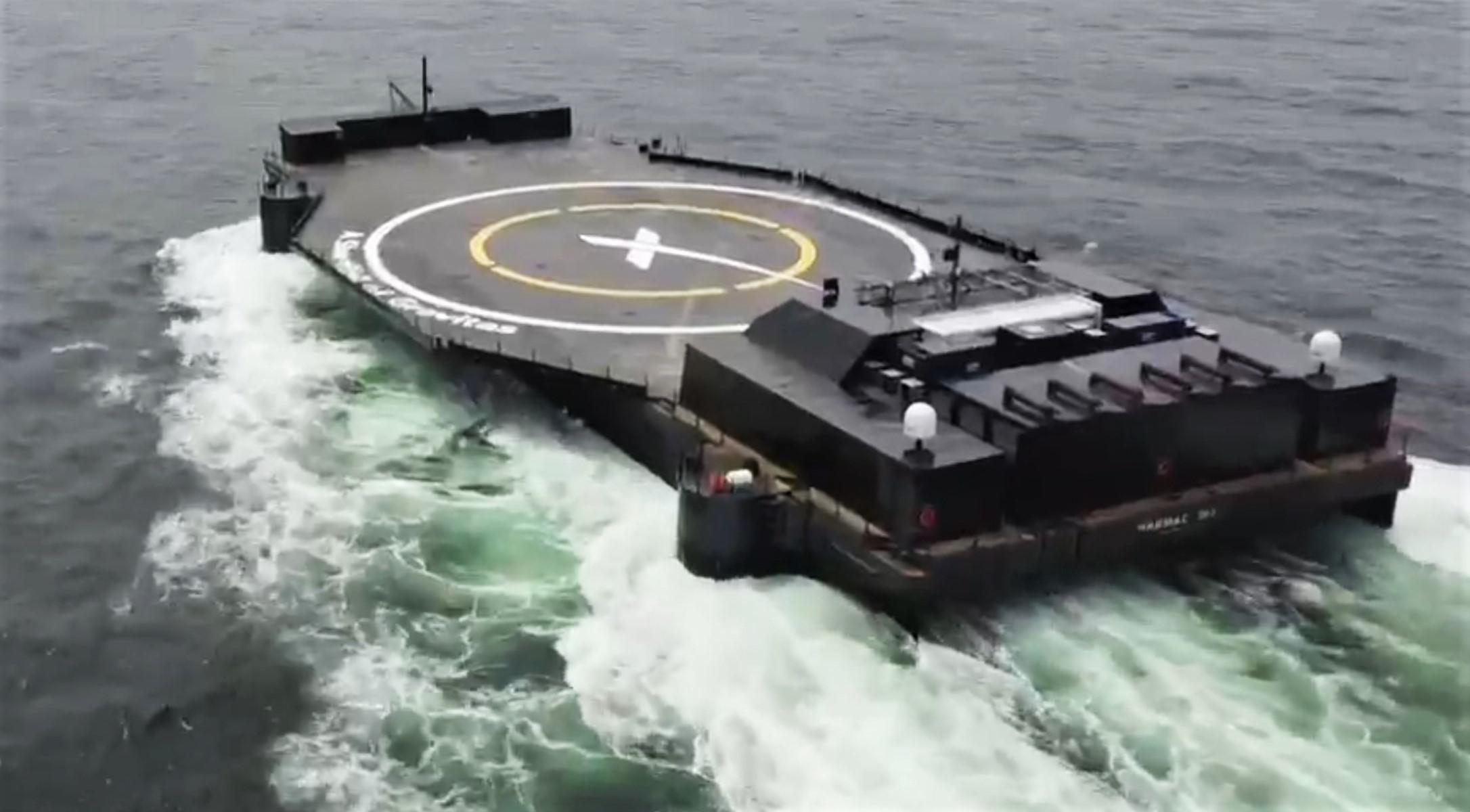 SpaceX drone ship Of Course I Still Love You (OCISLY) departed Port Canaveral on January 1st, heading to sea on the first day of the year for SpaceX’s first launch of 2022.

With a launch manifest that’s never been more jam-packed and seemingly achievable, it’s no surprise that SpaceX is wasting no time kicking off what could be its third record-breaking year in a row. Barring delays, drone ship ASOG will arrive about 640 km (400 mi) downrange at its recovery site – just northeast of the Bahamas – a day or two before Falcon 9’s first launch and landing attempt of the year. Known as Starlink 4-5 (Group 4 Launch 5) and scheduled to lift off no earlier than (NET) 4:49 pm EST (21:49 UTC), Thursday, January 6th, it will be SpaceX’s 34th dedicated Starlink launch since May 2019.

Perhaps more importantly, if the mission goes to plan and doesn’t have rideshare payloads, SpaceX will start 2022 having just launched its 1997th Starlink satellite, including two prototypes that came to be known as Tintin A and B and kicked off the constellation’s in-space hardware testing phase in February 2018. Excluding all prototypes, Starlink 4-5 will mark the launch of more than 1900 (1922) nominally operational Starlink satellites.

Assuming ~90% of Starlink 4-5 satellites reach orbit in good health, SpaceX will also have more than 1800 working Starlink satellites, a bit less than 1500 of which will be actively serving customers. Including 4-5, another ~270 will be in the midst of orbital phasing and raising, which can take months.

More generally, Starlink 4-5 is expected to be the first of anywhere from 40 to 60 SpaceX Falcon launches nominally scheduled in 2022. As previously discussed on Teslarati, SpaceX’s unofficial annual manifests have never been fuller heading into a new year. Simultaneously, in December 2021, the company demonstrated the ability to complete five Falcon launches in a single month but did so in less than three weeks. Following the last few years of trends, so long as SpaceX’s Starlink production continues supplying a steady flood of satellites to launch, the company could easily have enough commercial and internal (Starlink) payloads for 60+ launches in 2022.

The real question is how many launches the company can feasibly support. A conservative appraisal of SpaceX’s recent history would suggest ~36 – continuing the series of 21 launches in 2018, 26 launches in 2020, and 31 launches in 2021. At the high end, demonstrating the ability to launch five times in three weeks implies a proven ceiling of up to 60 launches. In the middle, SpaceX successfully launched 30 times in 7 months (Oct 2020-May 2021), 8 times in 2 months (May-June 2021), and 26 times in 6 months (Jan-June 2021) – repeatedly proving its ability to launch around 50 times per year under the right circumstances.