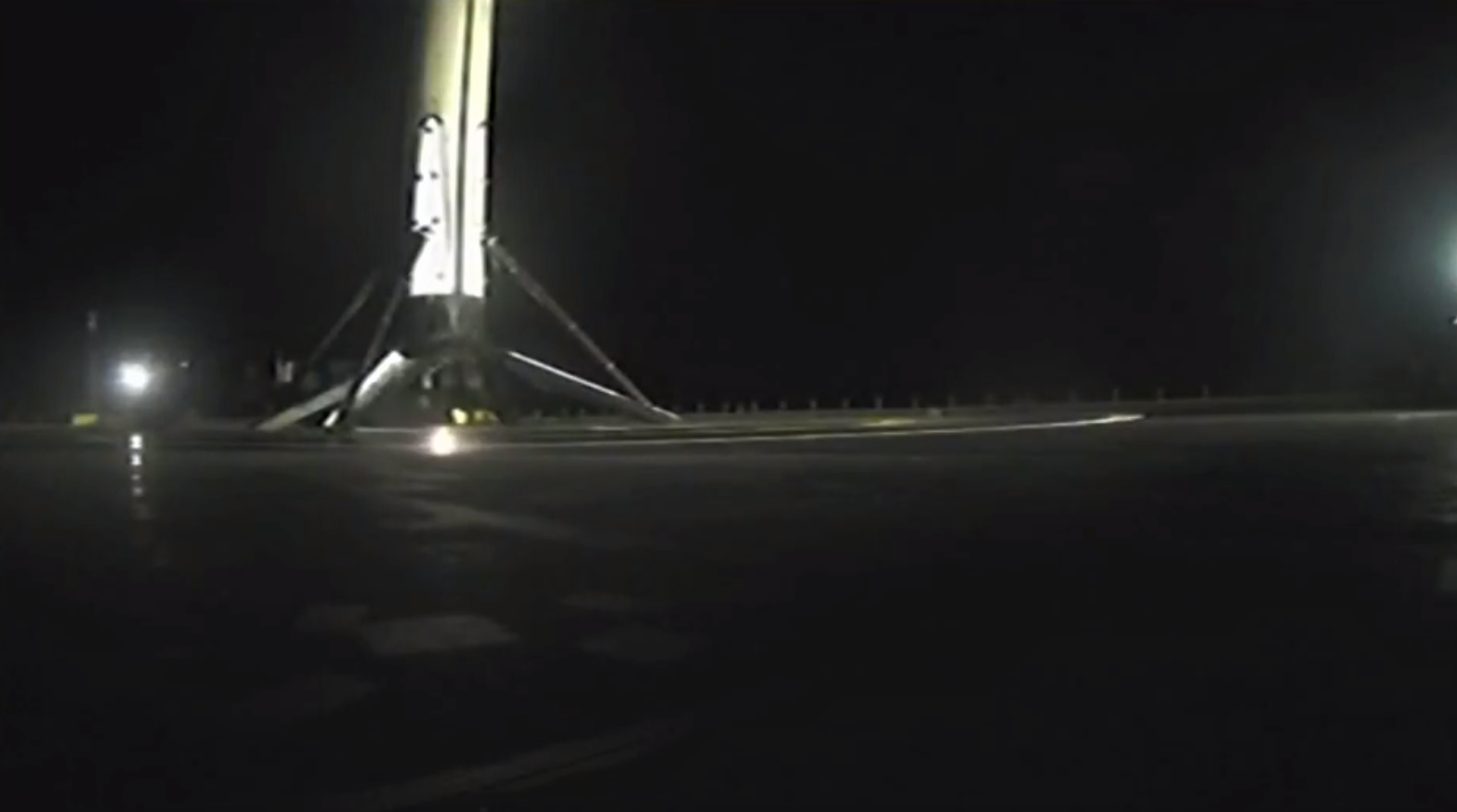 Following the successful separation of the ~7 metric ton satellite Telstar 18V after a nominal orbit insertion, SpaceX’s venerable Falcon 9 rocket can now lay claim to a full 60 successful orbital missions completed over the course of its relatively brief eight-year career as a commercial launch vehicle.

Telstar 18V – the second heaviest commercial satellite ever launched into orbit – is now free to make its way into a final geostationary orbit ~35,800 km (~22,250 mi) above Earth’s surface, where it will serve the Eastern Hemisphere with a variety of communications services, ranging from TV to internet.

After Falcon 9’s upper stage separated from the first stage and pushed onwards to a low Earth parking orbit, Falcon 9 Block 5 booster B1049 flipped around using an array of powerful cold-gas nitrogen thrusters and arced towards a now-routine drone ship landing roughly 700 kilometers off the Florida coast, breaking the satellite communications link as per usual before appearing aboard Of Course I Still Love You.

With Hurricane Florence nipping at the drone ship and its entourage’s heels, SpaceX will likely try to quickly usher the Falcon 9 booster back to Port Canaveral, where it will be offloaded, brought horizontal, and transported to a local facility for refurbishment ahead of its next flight, hopefully the first of many to come. Falcon 9 Block 5 has been designed – nominally – for rapid and extensive reusability, perhaps up to 100 flights per booster with routine maintenance (10 flights with minimal refurbishment) and turnaround as rapid as 24 hours for the same core. While it appears that there may be a significant amount of work left before those aspirational figures can be made real, Block 5 is clearly a major step forward for the Falcon 9 family and includes – aside from reusability – upgrades that will enable the rocket to launch NASA astronauts aboard Crew Dragon with extreme reliability. 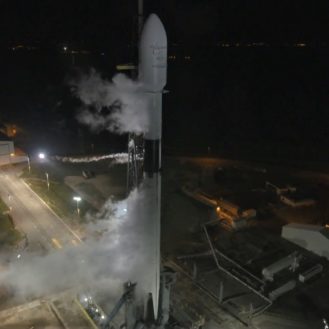 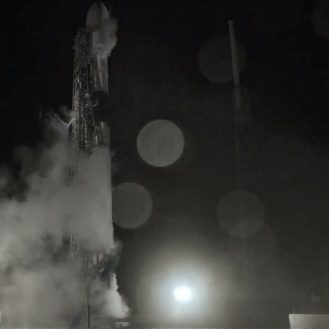 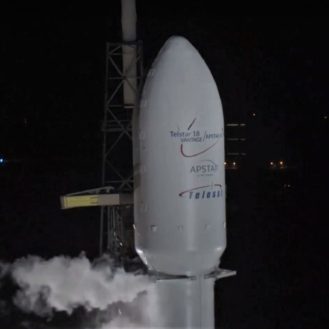 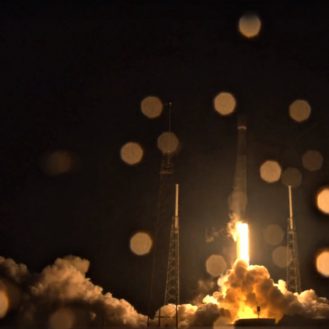 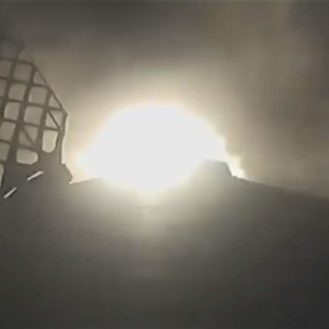 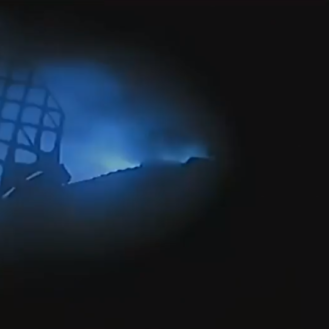 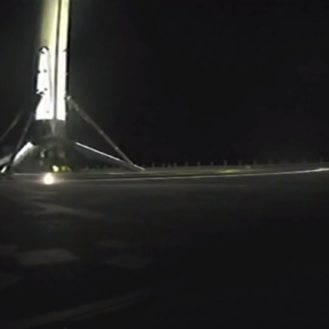 B1049 stands proud after a successful landing aboard drone ship OCISLY. (SpaceX) 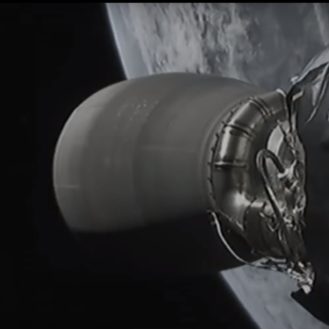 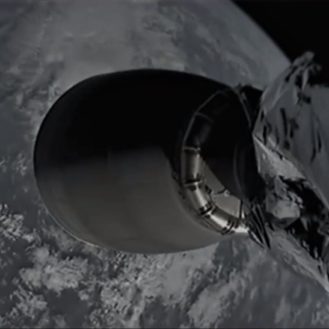 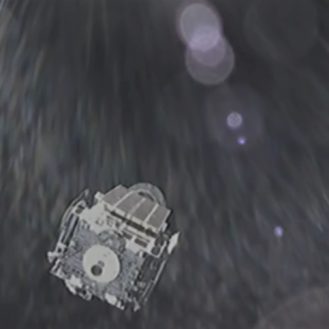 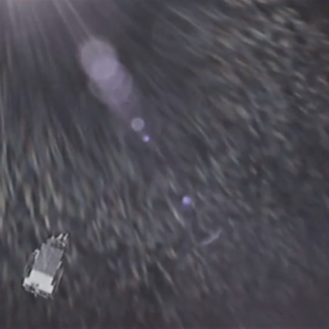 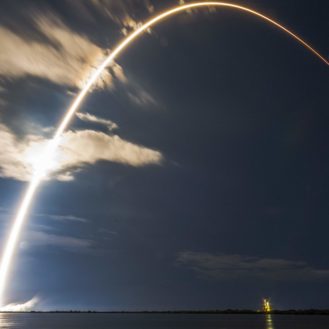 Compared alongside almost all other modern rockets, Falcon 9 is exceptional for the sheer speed with which it has burst onto the commercial launch scene, with Boeing’s nearly-retired Delta II family of rockets the only vehicle to hold a candle to Falcon 9 in terms of competitive advantage. Delta II, which debuted in 1989, managed a thoroughly impressive seven launches in its first year of operations and a full 55 launches (53 successes, 1 partial failure, 1 total failure).

With one partial in-flight failure (a secondary payload loss during CRS-1), one total in-flight failure (CRS-7), and one on-pad failure (Amos-6), Falcon 9 is truly comparable with Delta II, although Boeing’s expendable launch vehicle has, of course, remained permanently expendable, and relied almost unilaterally upon the US government for all but a small handful of its first several dozen launches. SpaceX’s Telstar 18V success is just one of many examples of this difference of interest in commercial competition, and a full 12 of the 16 missions SpaceX has now launched in 2018 flew commercial satellites and were awarded to the launch company on a competitive basis.

Illuminated by Falcon 9’s flame from 3 miles away. I can feel the crackling sound of the 9 Merlin’s in the ground and in my chest. There’s nothing else like it ?? I love this! @Teslarati #spacex @SpaceX @elonmusk pic.twitter.com/VUerZXn8eu

Up next for SpaceX is Argentinian Earth observation satellite SAOCOM-1A, scheduled to launch from California’s Vandenberg Air Force Base atop a flight-proven Falcon 9 Block 5 booster no earlier than October 7th.