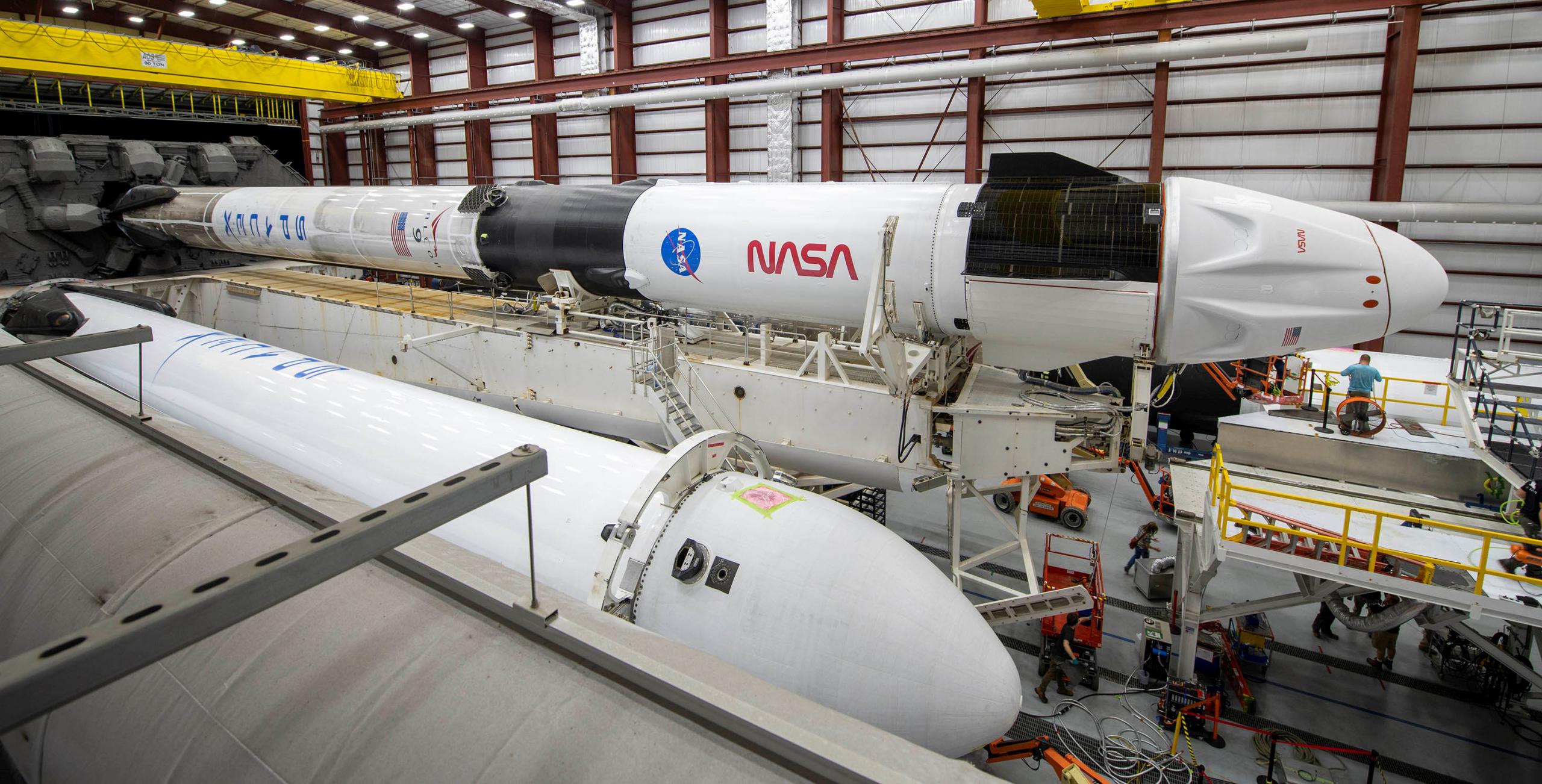 SpaceX has rolled a Dragon spacecraft and Falcon 9 to the launch pad for the rocket’s first launch in more than six weeks.

Continuing an extremely unusual downtick in launches in the second half of 2021, SpaceX’s Crew-3 mission is nevertheless scheduled to launch three NASA astronauts and one ESA astronaut to the International Space Station (ISS) no earlier than (NET) 2:21 am EDT (06:21 UTC) on October 31st. Having fixed a minor toilet issue discovered during Crew Dragon’s private Inspiration4 astronaut launch last month, SpaceX and NASA were still in the process of qualifying the redesign as of October 25th.

Late on October 26th, once-flown Falcon 9 booster B1067 and new Crew Dragon spacecraft C210 (christened “Endurance” by its first astronauts) rolled out to the Kennedy Space Center Launch Complex 39A pad, kicking off a busy few days of essential preparation and testing. Most importantly, the rollout implies that SpaceX and NASA have more or less closed out that toilet issue, clearing Dragon for its next professional astronaut launch.

After last night’s rollout, the company has just four full days (Oct 27-30) to attach the rocket to pad systems, perform a combined wet dress rehearsal and static fire, and analyze the data gathered from those tests. Finally, SpaceX and NASA need to perform a dry dress rehearsal in which Crew-3 astronauts Raja Chari, Thomas Marshburn, Matthias Maurer, Kayla Barron will go through launch day preparations, simulating everything short of propellant loading and liftoff.

Normally, both the static fire and dry dress are full-day processes, leaving SpaceX with a compressed Crew-3 preflight schedule and minimal margin for error. As such, if anything is even slightly off-nominal during preflight testing, there’s a strong chance that Crew-3’s launch will slip into November. For now, though, NASA and SpaceX continue to push towards liftoff on Halloween.

Following Inspiration4, Crew-3 will be SpaceX’s first back-to-back Crew Dragon launch ever and first back-to-back Dragon launch in general since early 2015. Crew-3 will also be SpaceX’s first launch in more than six weeks, continuing an unusually extreme drop in cadence. In the first half of 2021, SpaceX completed 20 orbital launches. In the second half of 2021, SpaceX has launched just three times, with Crew-3 set to be the fourth.