Approximately a week after a Falcon Heavy side booster – the first of two – arrived at SpaceX’s LC-39A launch complex, a sign of late-stage preparation for the massive rocket’s second and third launches, a Falcon Heavy center stage was spotted rolling through the Waco, Texas locale on its way to SpaceX’s McGregor testing facilities.

Signified by the outlines of unusual bumps under the Falcon booster’s protective shrink wrap, this probable Falcon Heavy center core’s Texas arrival indicates that SpaceX has most likely completed static fire testing of both side boosters, with the second booster now likely to depart McGregor and/or arrive at SpaceX’s Florida facilities in the coming weeks.

The first component of Falcon Heavy Block 5 has arrived at HLC-39A! https://t.co/38spGaCps9

In February 2018, Falcon Heavy took flight for the first time ever, bringing to an end an almost mythical series of delays that pushed the rocket’s debut back more than five years. Aside from the unintentional demise of Falcon Heavy Flight 1’s center core, the inaugural launch was a spectacular and technologically valuable success, perfectly verifying the rocket’s ability to safely ignite, launch, separate, and recover two Falcon 9-class boosters simultaneously. SpaceX also took the opportunity – a payload with no practical value aside from inspiration – to perform a successful six-hour coast of the Falcon upper stage, demonstrating a capability critical for many potentially valuable launch contracts.

Now verified by planning schedules, SpaceX plans to attempt a truly impressive feat in the first half of 2019. Assuming all goes well during the center booster’s static fire and the subsequent integration and static fire of all three first stages, the company intends to launch the same Falcon Heavy hardware (all three boosters) twice in as little as two months, currently tentatively penciled in for February/March and April 2019.

Surprise sighting of a #SpaceX Falcon 9 rocket booster in my hometown headed a few minutes down the road to the McGregor, TX test site. First time in years seeing a booster in transit “in the wild” like this. ? @elonmusk #falcon9 #falconheavy #STEM #bfr #space pic.twitter.com/daEz4NZPi5

Corroborated a few weeks ago by a NASA official involved in one of the payloads that will be present on that planned April launch, SpaceX plans to attempt recovery of both the side boosters and center core and rapidly refurbish them after their first launch in February or March, nominally placing the 6000 kg (~13,200 lb) Arabsat 6A satellite into a high-energy orbit. Perhaps as few as 4-8 weeks later, the rocket will be reintegrated, perform a second static fire at Pad 39A, and launch once again with a USAF rideshare known as Space Test Program (STP) 2, a program specifically designed to allow the Air Force to support low-risk test launches of unproven rockets.

Even more so than the fact that an ~8-week Falcon Heavy turnaround would simultaneously break SpaceX’s previous booster turnaround record in triplicate, the biggest reason to be skeptical of these plans is the fact that this schedule appears to require that the USAF fly a mission on not one but three flight-proven Falcon boosters. This stands at odds with the military branch’s unwillingness (by all appearances) to so much as allow a brand new Falcon 9 enough propellant margin (typically just a few percent) to land itself after the December 23rd launch of GPS III SV01, let alone allow their satellites to ride on a previously-flown rocket. 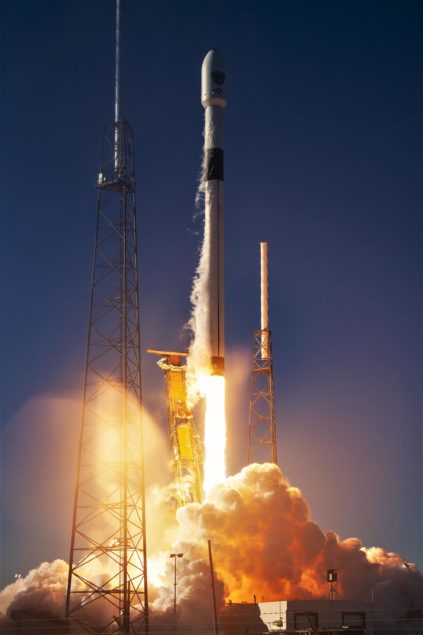 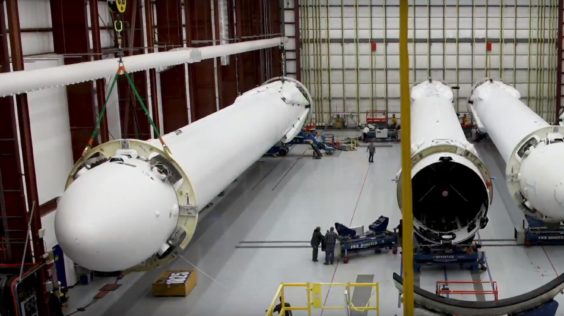 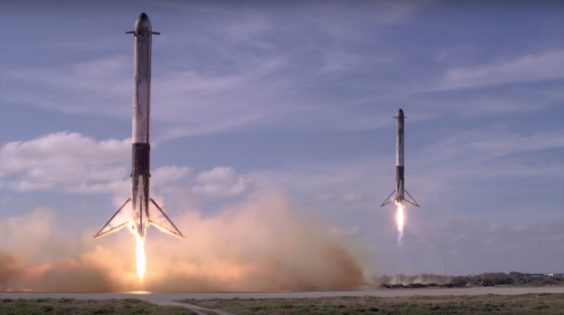 Falcon Heavy’s simultaneous side booster recovery. This will likely be repeated for both Arabsat 6A and STP-2. (SpaceX) 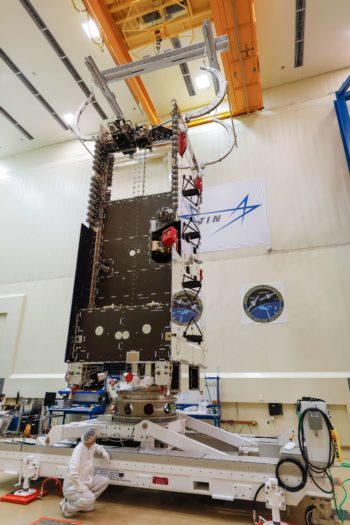 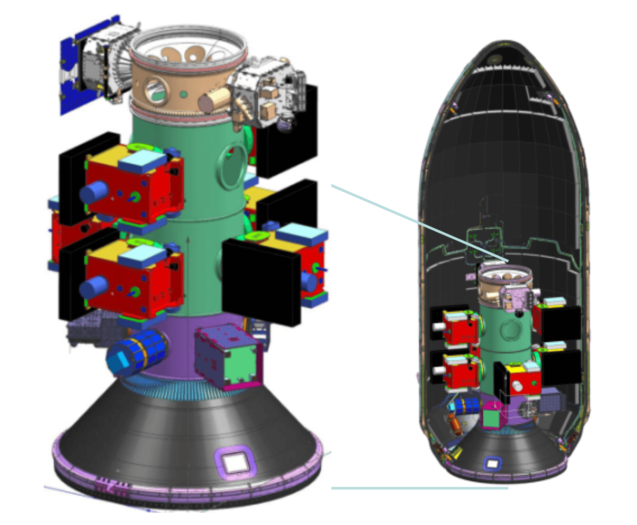 The USAF’s STP-2, a combination of a few dozen different satellites. (USAF)

The major wrench in the machine here is the fact that GPS III SV01 most likely cost the USAF upwards of $700M to procure and will ultimately become a critical part of a widespread infrastructural upgrade, whereas STP-2 features two dozen or so small satellites worth dramatically less than the single GPS satellite SpaceX launched last month. STP-2 also operates under a program that is in large part meant to offer opportunities for new or wholly unproven launch vehicles (like Falcon Heavy) to conduct experimental launches, carrying the assumption that certifying those rockets for national security space (NSS) missions would be in the best interests of the Air Force and DoD.

As such, the back-to-back Falcon Heavy launch schedule is by no means impossible despite the fact that it offers up many reasons to doubt its plausibility. Either way, the fact that the next Falcon Heavy’s center core has already left SpaceX’s Hawthorne factory – following in the footsteps of two new side boosters – is a nearly unequivocal sign that the rocket’s second launch rapidly approaching.