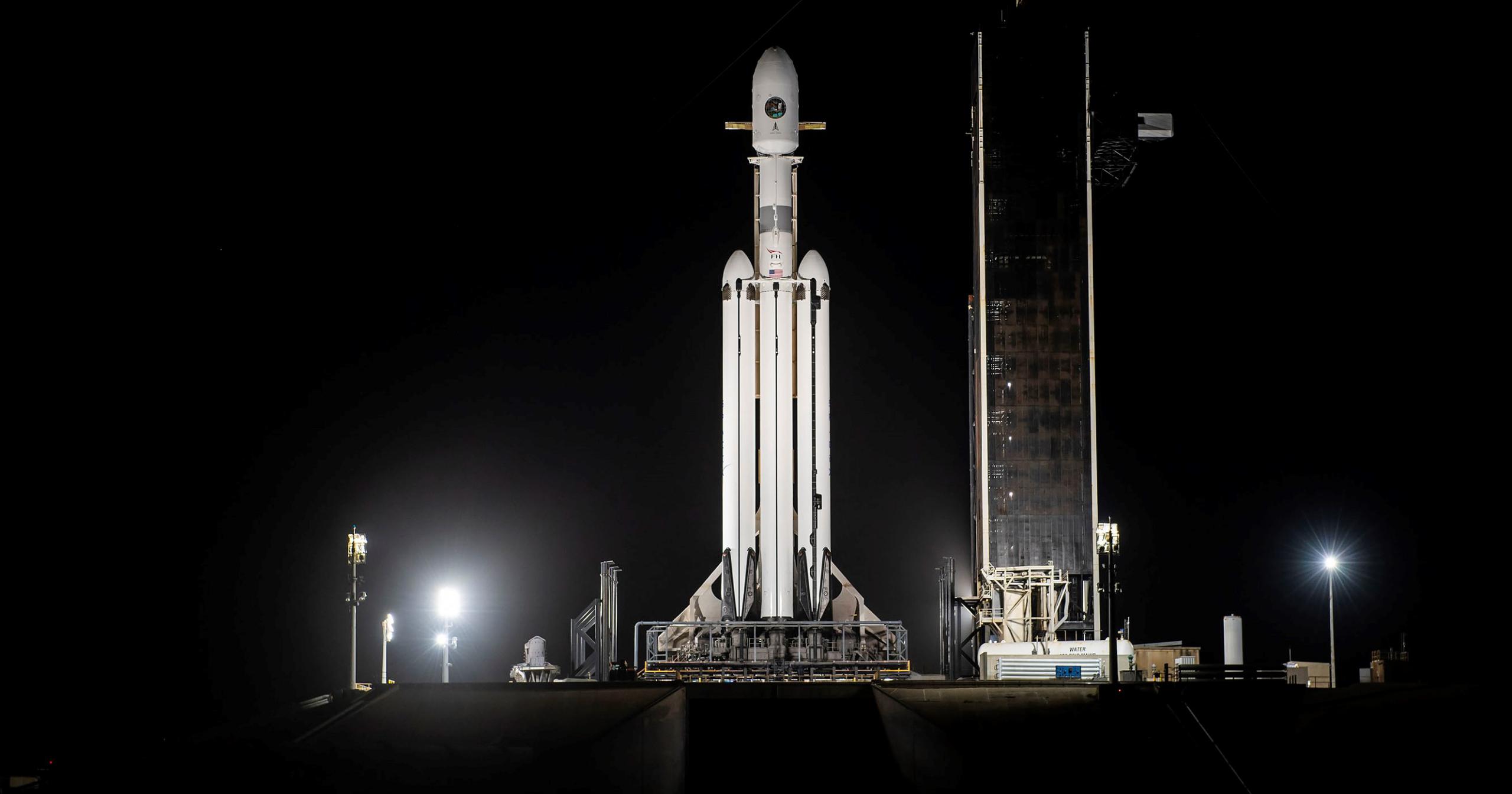 Two weeks after SpaceX’s first Falcon Heavy launch in three and a half years, the US Space Force says that the rocket is on track to launch again “early next year.”

Immediately before and after Falcon Heavy’s first operational launch for the US Space Force, the Space Systems Command confirmed that the massive SpaceX rocket’s next military launch – USSF-67 – was scheduled no earlier than January 2023. The military also confirmed that USSF-67 would reuse two of the three Falcon Heavy boosters that helped launch USSF-44 on November 1st.

Two weeks later, the US Space Force’s tone hasn’t changed, and the Space Systems Command remains confident that Falcon Heavy is on track to launch USSF-67 less than three months after USSF-44.

Assuming the lack of a schedule change is intentional rather than a matter of not checking with SpaceX or other US stakeholders, no change is a good sign. Since the last time the SSC reported that USSF-67 was on track to launch in January 2023, SpaceX successfully launched its fourth Falcon Heavy rocket. USSF-44 was the company’s first launch directly into a geosynchronous orbit ~36,000 kilometers (~22,300 mi) above Earth’s surface.

SpaceX successfully recovered both of Falcon Heavy’s ‘side cores’ and has likely had enough time to thoroughly inspect each booster and begin the refurbishment process. If data gathered from the launch, landing, or recovered boosters uncovered issues with Falcon Heavy’s performance during USSF-44, USSF-67 would almost certainly be delayed. The chances of a delay are magnified by the fact that USSF-67 can’t launch until two of USSF-44’s Falcon Heavy boosters are refurbished and declared ready for a second flight.

But it appears that even a gap of 40 months between Falcon Heavy launches wasn’t enough to make SpaceX falter – at least after working out some prelaunch kinks. SpaceX accomplished a similar feat – launching two Falcon Heavy rockets in less than three months with one pair of side boosters – on the rocket’s second and third launches in April and June 2019. The mission that reused Flight 2’s side boosters was for the US Air Force, so SpaceX and the military already have direct experience tackling those challenges.

In the three and a half years since, SpaceX has gained a huge amount of experience recovering and refurbishing Falcon 9 Block 5 boosters and slashed its record turnaround (the time between two launches of the same booster) from 74 days to 21 days. SpaceX should thus have no issue turning Falcon Heavy side boosters B1064 and B1065 around for a second launch in January 2023, around 60 to 91 after their debut.

While preparing one Falcon Heavy rocket to launch USSF-67 in January, SpaceX – at least according to customer ViaSat – may also be preparing another Falcon Heavy rocket to launch the first ViaSat-3 satellite the same month. Unlike the US Space Force, which recently shipped [PDF] one of USSF-67’s payloads to Florida, ViaSat has yet to ship its first next-generation satellite to the launch site and says that milestone is scheduled for December 2022. That makes a February or March launch much more likely, but ViaSat recently told shareholders that ViaSat-3 remains on track to launch “in the earliest part of” Q1 2023.

Combined, USSF-67 and ViaSat-3 are scheduled to reuse Falcon Heavy side boosters B1064, B1065, B1052, and B1053. Each will use a brand new center core: B1068 for ViaSat-3 and B1079 for USSF-67, according to Next Spaceflight. Like USSF-44, which was the first time SpaceX intentionally expended a Falcon Heavy booster, both new center cores are expected to be expended.

For several reasons, assembling and preparing Falcon Heavy for launch is significantly more time-consuming than Falcon 9, so there will likely be at least a two, three, or even four-week gap between Falcon Heavy’s next two launches. But as long as USSF-67 and ViaSat-3 are ready to fly during narrow windows in early and late January, it appears that SpaceX could launch two Falcon Heavy rockets in one calendar month.

SpaceX has as many as five Falcon Heavy launches scheduled in 2023 – a stark change after more than three years without a single flight.