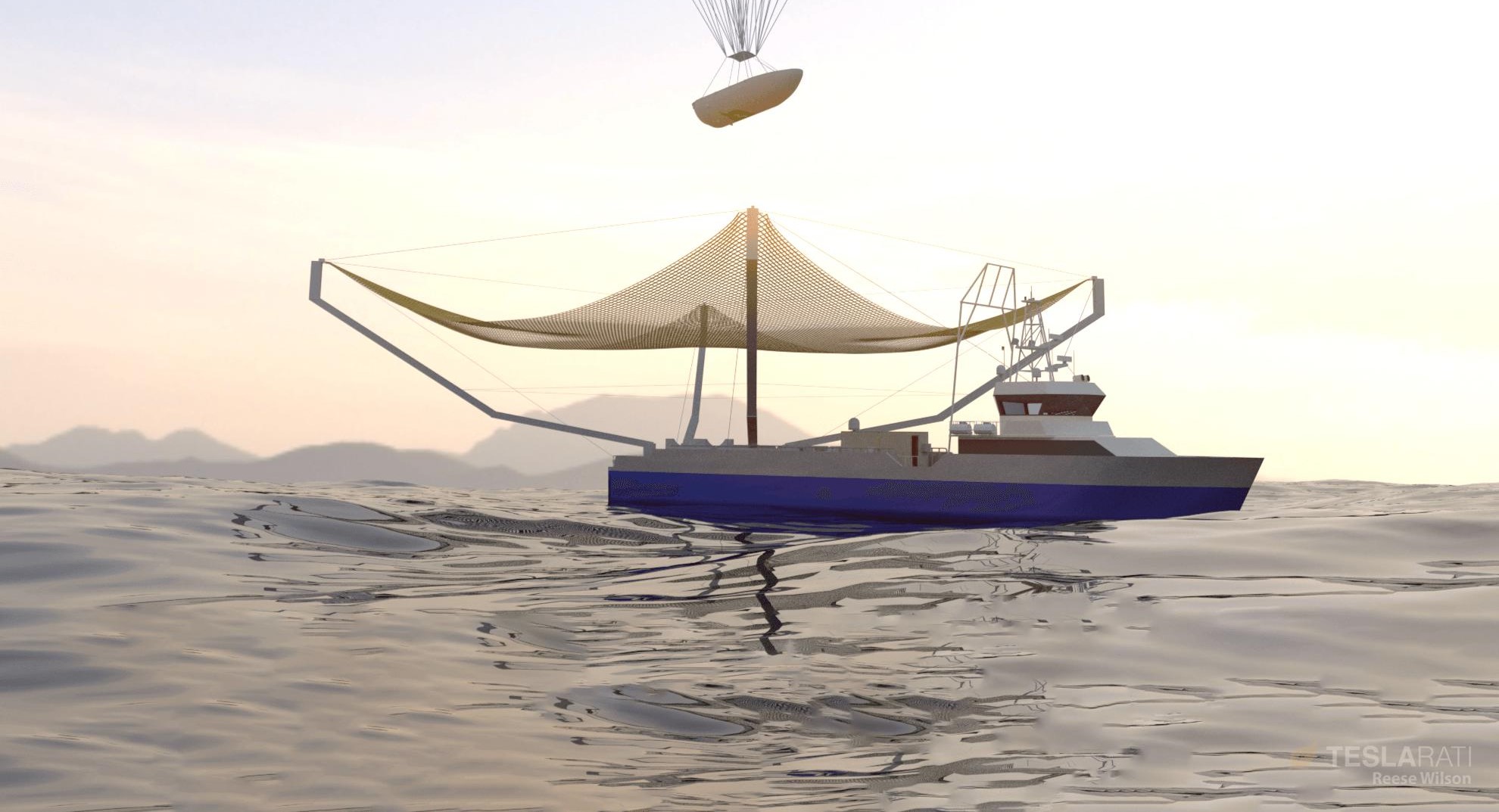 After several close-but-no-cigar attempts at snatching a Falcon 9 payload fairing out of the air, SpaceX’s iconic recovery vessel Mr Steven is currently laid up at the company’s newly-acquired Berth 240 dock space, roughly a week into the process of upgrading his arms to support a much larger net. CEO Elon Musk recently hinted that the boat’s net would be expanded by a factor of four, but what would such a dramatic growth look like?

To give a better idea of what to expect from Mr Steven’s arm and net upgrades, Teslarati’s Reese Wilson modeled and rendered the fairing recovery vessel with one such interpretation. The dimensions and aspect ratios may not be a mirror-image of the real-world Mr Steven, but the visual effect of the net upgrade is still fundamentally the same.

Mr Steven is currently laid up at Berth 240 in a sadly armless state. (Pauline Acalin)

With respect to these renders, the actual net growth is somewhat less than the full fourfold area upgrade mentioned by Musk in early June – the concept art’s net is closer to 2.5 or 3 times larger than Mr Steven’s original net. This slight inaccuracy may actually be serendipitous, as a true 4X net could be downright unwieldy without the addition of some sort of complex retraction mechanism, versus the simple but functional (and infinitely reliable) implementation of fixed steel arms at the current net’s scale.

A side-by-side comparison of Mr Steven before (top) and after (bottom) installation of a net with roughly 2.5X greater catching area. (Reese Wilson) 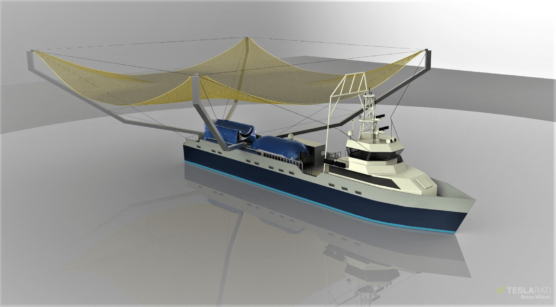 Incredibly, this artist rendering of a much larger net installed on Mr Steven was perhaps two or more times smaller than the solution now installed on the vessel. (Reese Wilson)

Dramatic modifications nevertheless are all but guaranteed, as Mr Steven appears to have had the entire arm apparatus – including the steel base attaching them to his cargo deck – completely removed and placed on the side of the dock, still less permanent than the apparent decision to plasma or torch cut each arm off of that base, one of which is visible dockside at Berth 240. It may be possible to re-weld those severed arms onto the base, but it’s arguably more likely that entirely new arms, an entirely new base, or both will be fabricated, and those larger arms will themselves require a much larger net.

Ultimately, the fairing recovery vessel has gotten as close as 50 meters to gently catching a parasailing rocket fairing minutes after launch, an extraordinarily tiny error compared to the broader scope of the task at hand. Upon separation from Falcon 9’s upper stage, each payload fairing half is routinely traveling at speeds of 1.5 to 2 kilometers per second and reach apogees anywhere from 100 to 130 kilometers, all while traveling the better part of a thousand miles (800 mi/1300 km for Iridium-6) to reach Mr Steven’s net. As such, “missing” by 50 meters is an extraordinary achievement. 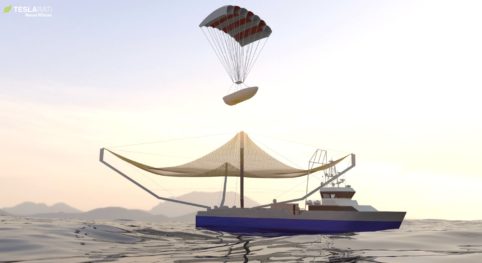 With any luck, viewers may get a live view of the vessel’s next recovery attempts. (Reese Wilson) 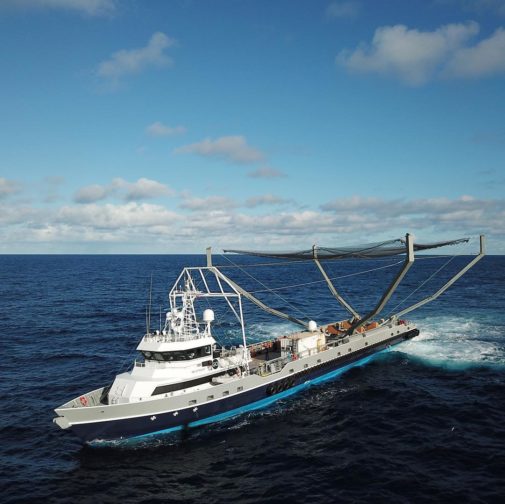 With the vessel’s current net roughly 30 meters or 100 feet square (Mr Steven is 60m/200ft bow to stern), give or take 25%, a full fourfold upgrade would double each dimension, which could singlehandedly cut the error margin required for fairing recovery (currently 50 meters) by more than 50% if it remains square. If SpaceX finds a way to functionally achieve something close to a fourfold increase in area with a more rectangular aspect ratio (assuming that the fairing’s present error is more a matter of glideslope inaccuracy than properly pointing the half at Mr Steven), a rectangular net with a width ~50% and length ~300% larger – say 40 meters by 80 meters –  would completely close the error gap between reliably missing and reliably catching Falcon fairings. To compare, a common football (soccer for our American readers) field is typically 70 meters by 100 meters.

Time will tell, and we’ll find out soon whether those arm and net upgrades can be available for SpaceX’s next California launch, currently scheduled on the morning of July 20th.