With Crew Dragon’s first manned launch successfully behind them and the astronauts set to return to Earth this weekend, SpaceX has a lot to be proud of these days. Their high-tech space suits donned during the mission have been a big part of what makes the company’s approach to human spaceflight so unique. Now, a video has been released, giving a behind-the-scenes look at the lab where the suit was designed, including insight from team members about its development.

“The suit is really kind of one part of the bigger Dragon system – it’s really part of the vehicle,” Chris Trigg, Space Suits and Crew Equipment Manager, explained in the video. “We think of it kind of [as] a suit-seat system, so the seat that the crew is in and then the suit are in a lot of ways working together.”

The Crew Dragon spacesuit, also donned by Starman during SpaceX’s Falcon Heavy launch demonstration, is both designed and manufactured in the same lab due to the interconnectedness of the Dragon system. Located in Hawthorne, California, the facility is in the same building where SpaceX’s rockets and capsules are built. CEO Elon Musk has applied an “open plan” to his company’s organization since it began to help maximize team communications, and this seems to make the suit lab-rocket facility proximity yet another part of this more significant picture approach.

The umbilical connection in the SpaceX space suit. (Image: SpaceX)

SpaceX applied a modern-minimalist angle to its suit styling, but that same minimalism also applies to the suit’s functionality. “When the crew get in the capsule, they get in their seats and they plug the suit into the umbilical that’s attached to the seat,” Trigg detailed. “The umbilical is providing everything that the suit needs. So it provides the avionics or the electronics for communications, is providing the air to cool the suit, and it also provides the gas when needed to pressurize the suit.” 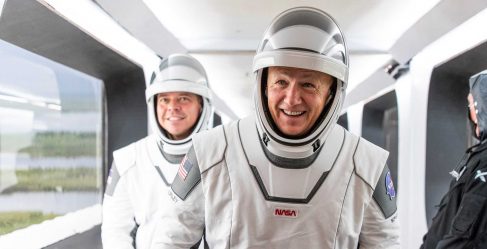 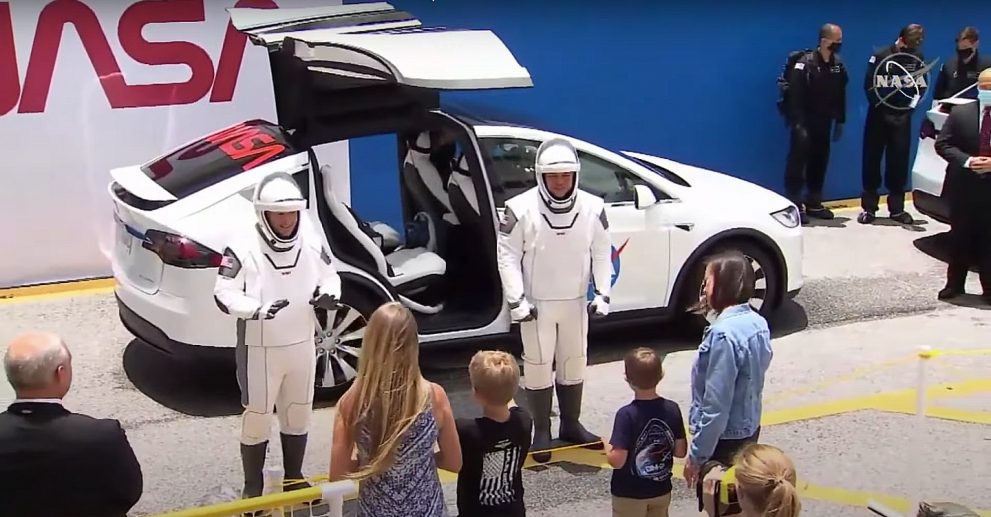 Astronaut comfort and capability, of course, is also a prime concern. “The spacesuit is custom made for each crew member and that is to optimize the fit for the crew member,” explained Maria Sundeen, Lead Space Suit Specialist. The helmets are comprised of several 3D-printed components, and the gloves are touch capacitive to enable the astronauts to use the touch screens inside SpaceX’s Dragon capsule.

The Crew Dragon spacesuit has received a fair amount of attention since its debut in 2018 thanks to its technological advances and updated look, and now that the design has been flight proven with off-world feedback available, it will be interesting to see what improvements will be made. Currently orbiting astronauts Col. Bob Behnken and Col. Doug Hurley, along with other Commercial Crew astronauts, were included in the development of their suits since the initial stages of its design. That said, the feedback will be incredibly useful and help push the Dragon system’s innovations even further.

You can watch SpaceX‘s full spacesuit lab video below: