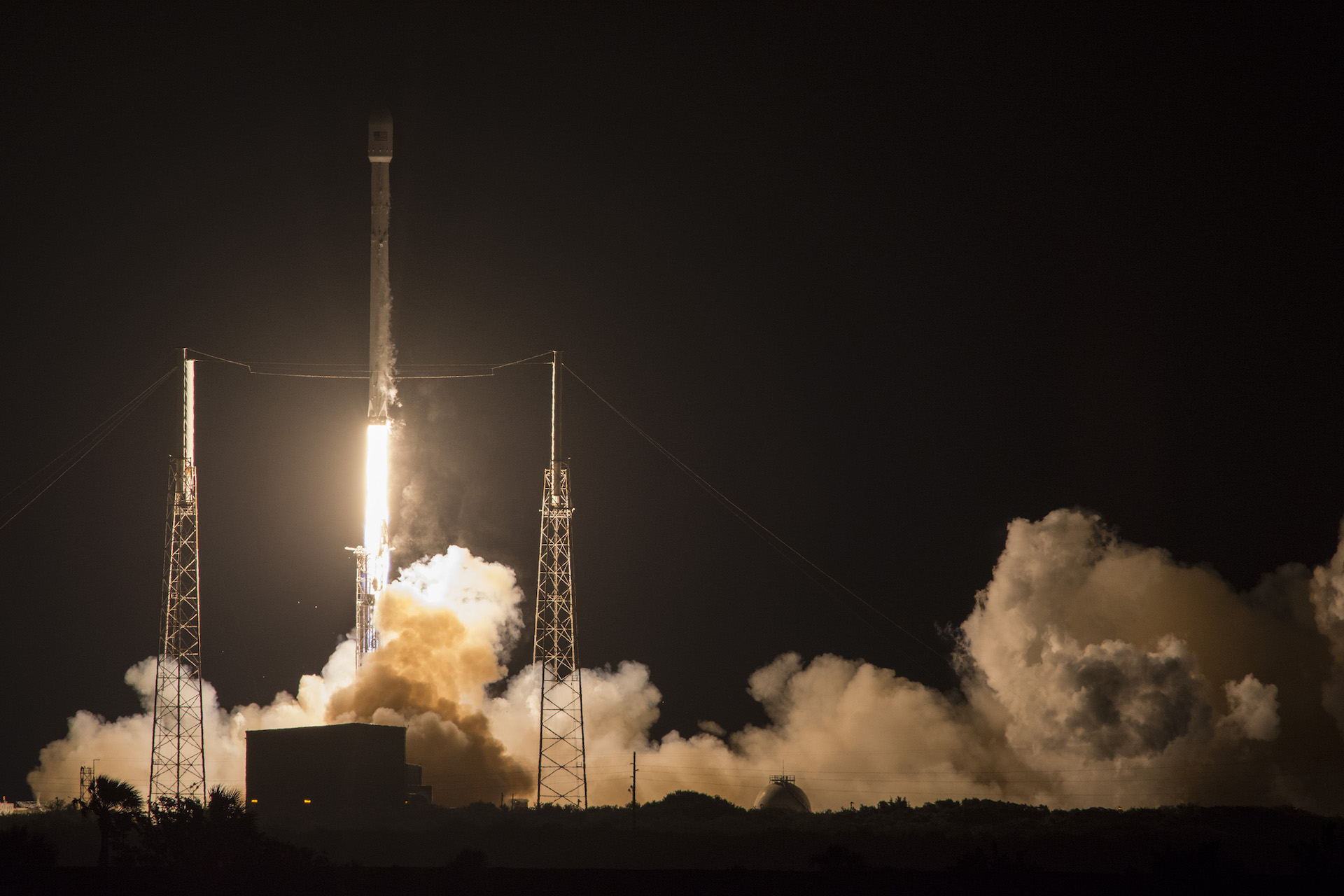 Falcon 9 successfully touches down on the ‘Of Course I Still Love You’ drone ship during early morning of May 6 [Source: SpaceX video]

SpaceX successfully landed its Falcon 9 rocket on the ‘Of Course I Still Love You’ floating drone ship 400 miles off the coast of Cape Canaveral Air Force Station shortly after 1:30am EDT Friday morning.

8 minutes and 46 seconds into its latest mission to deploy a JCSAT-14 television broadcast satellite for Tokyo-based telecom company into orbit, some 25,000 miles above Earth, “This is recovery, the Falcon has landed” is heard coming through the communication line signifying that the rocket’s first stage rocket has landed onto the sea barge. This marks the second time SpaceX has been able to successfully land its 23-story tall first stage rocket back onto the floating drone ship.

Prior to the mission, SpaceX CEO Elon Musk had given slim changes for a successful landing by qualifying the flight as “subject to extreme velocities and re-entry heating, making a successful landing unlikely.” Due to larger amount of fuel needed to deliver the broadcast satellite into higher orbit (90 times higher than the International Space Station), the Falcon 9 would face eight times more heating than its previous flight when entering back into Earth’s atmosphere. The rocket would also need to shed four times more energy than its past mission making for even less chance of success when returning back onto the drone ship.

But despite the slim odds, today’s successful landing of the Falcon 9 showed that SpaceX is well on its way to be able to reuse rockets leading to quicker turnaround times between launches and lower costs for commercial space flight missions.

SpaceX has been granted more than $10 billion in business from commercial enterprises and NASA. Its most recent contract and arguably the most notable grants SpaceX the right to launch a U.S. military satellite into space, breaking a decade-old monopoly held by a partnership between Boeing and Lockheed Martin. In traditional Musk fashion during SpaceX launches, he took to Twitter to communicate mission status and ended with a part tongue-in-cheek statement after the Falcon 9 successfully landed, yet again. “May need to increase size of rocket storage hangar.”

May need to increase size of rocket storage hangar